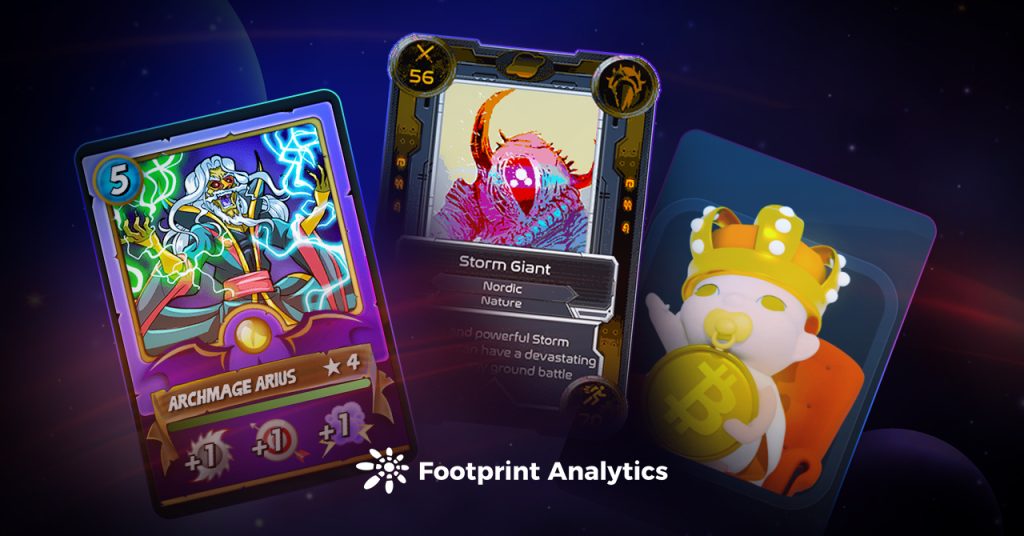 Card-based crypto games, where players primarily collect and battle with NFT cards, gained widespread exposure from Axie Infinity, one the largest and most successful GameFi projects to date, with a top market cap of $10.2 billion on November 7, 2021.

Compared to other GameFi genres, like virtual-world metaverses (The Sandbox, Decentraland) and builder games (DeFi Kingdoms, My Neighbor Alice), card-based games test the strength and luck of the player. Lucky or not, directly affects how well cards are drawn. This brings more excitement and surprise to the players.

Based on Footprint Analytics data about NFT card games, we have found the 3 most popular ones, measured by followers of social media, such as Twitter, discord, etc.: Splinterlands, Alien Worlds, and The Crypto You.

Splinterlands was launched in 2018 by Matthew Rosen(Ryzing’s former lead developer) and Jesse Reich(Badische Anilin-und-Soda-Fabrik, BASF’s former employees). The game launched on the Hive chain and closed a $3.6 million funding round in July 2021.

Splinterlands has two types of tokens. One is SPS, a governance token on BSC, and DEC, Dark Energy Crystals, the circulating currency of Splinterlands used to buy in-game assets.

How to play Splinterlands

Splinterlands gamers can buy and collect their cards (NFTs) and make different combinations to play with others. The gameplay is similar to Hearthstone.

To start, users have to spend $10 to purchase a Spellbook to evoke a Summoner. Each Spellbook is an NFT with a unique number. 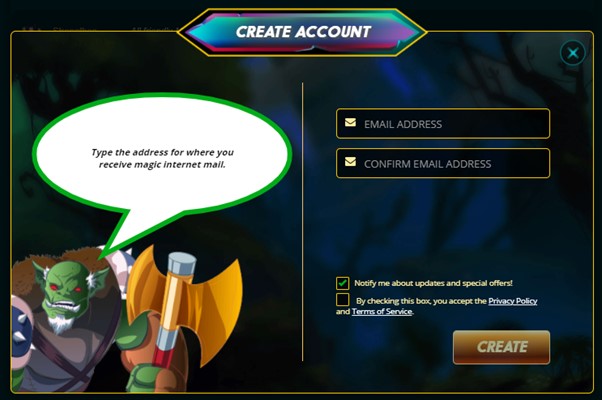 After invoking a Summoner, players can do 4 things：

Battles are played with 6 monster cards and 1 summoner card per turn. As a reward, players receive cards and DECs if they win the game. 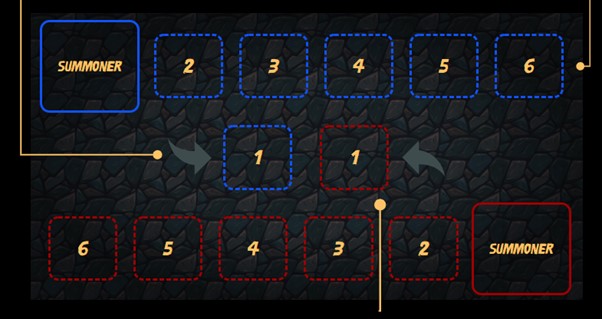 DEC and SPS have risen and fallen roughly the same in the last year. The highest prices were around October 14. Since then, they have started to fall, recovered but then fell again. Overall, they have been affected by larger market trends. 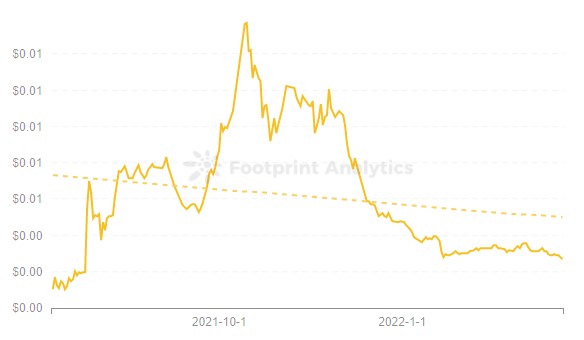 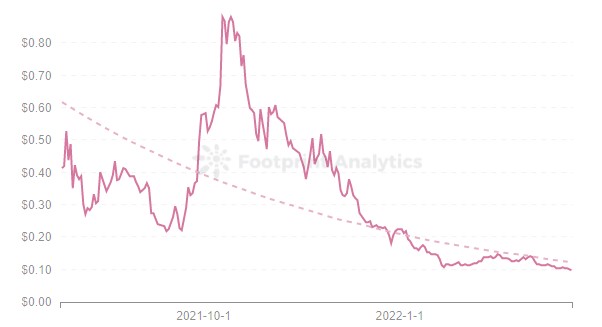 Splinterlands’ transactions are in a steady upward trend overall, which is in line with a solid project development path. It is the game with the highest number of GameFi transactions in the past year on the Hive chain, with 98.97%. 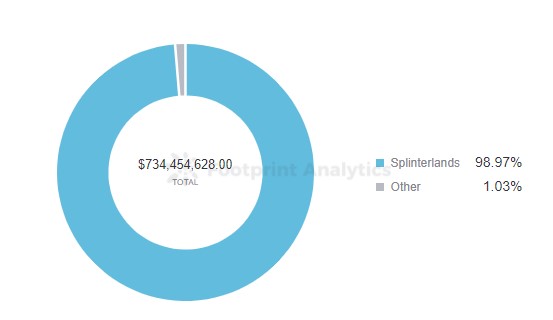 Looking at the number of transactions over the past year, the first half of the year was relatively average overall but saw a huge 900% increase in August. One of the reasons for this is the growth brought about by the explosive interest in GameFi and a favorable industry. 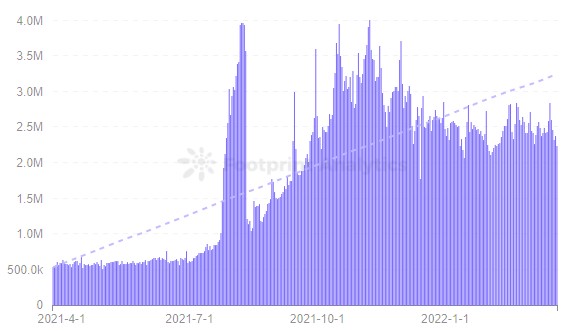 As of March 20, Splinterlands had 10 million users—the highest for all card games, and 14.7x of Axie Infinity. The major increase is consistent with the change in transactions, both of which began in August. It is now growing at a relatively steady pace. 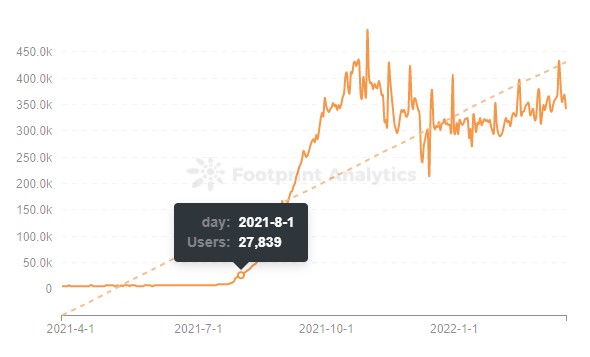 What is Alien Worlds

Alien Worlds is a metaverse interstellar game created by Dacoco GmbH in 2020. Published on the WAX and BSC chains, it supports cross-chain bridging to Ethereum and was the first game to introduce liquidity mining into NFT games.

Its token is Trillium (TLM), an ERC-20 token that can be obtained by mining and pledged for rewards. Holding TLM allows you to participate in the governance of a planetary DAO, and is also the circulating currency for purchasing upgrade assets.

Players can explore six planets on Alien Worlds. Each planet is a DAO, choose their character and the planet, and perform liquidity mining to get TLM and NFT assets. Or participate in battles to win rewards.

There are three main types of gameplay. 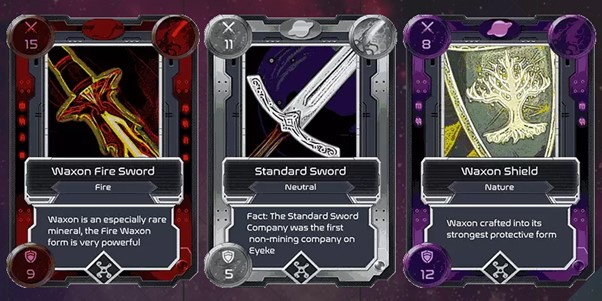 Both the Mining Hub and Thunderdome Battle require players to think about troop design. Maximizing TLM and NFT assets within a given time frame and equipping minions and weapons to win battles can boost players’ self-confidence and sense of accomplishment.

Since launching in April, TLM’s price rose precipitously, reaching its ATH of $6.93 on April 11. Since then it has started to drop and currently stands at around $0.25. 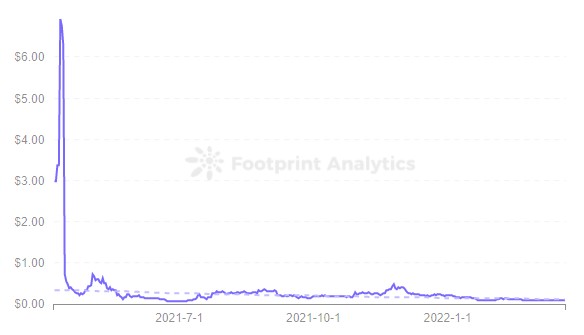 As of March 20, Alien Worlds had 30 million transactions, accounting for 80.6% of all game transactions on the WAX Chain, well ahead of Farmers Worlds. Second among all card games, 19X more than X World Games. 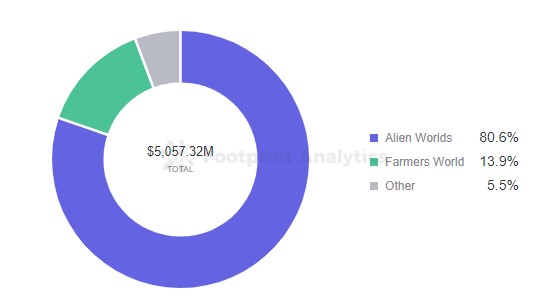 Alien Worlds has 5.53 million users, and the overall trend is upward. However, the growth of new users fluctuates from month to month, mostly falling. 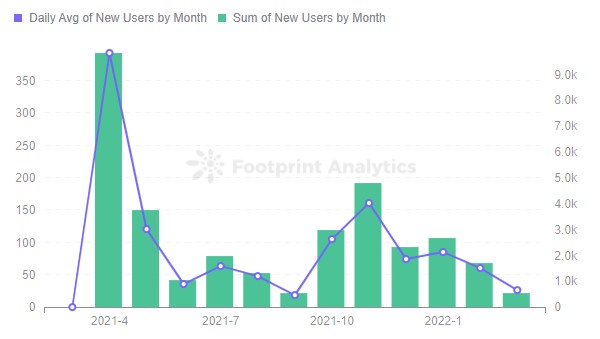 Alien Worlds’ new user growth has been slowing down since November, and on March 20,  there were only 24 new user additions, representing a 2.4% growth rate, down 46% from the previous day. This is a relatively weak growth for one of the largest games in its category.

What is The Crypto You

The Crypto You is a baby-themed metaverse game incubated by BabySwap. It was launched on the BSC chain in December 2021.

How to play The Crypto You

The Crypto You’s gameplay is roughly similar to Spinterlands and Alien Worlds. Both have mining and battle settings, but the details are different.

In The Crypto You, players often create a character, to Mining, to upgrading to an advanced character, to playing missions, and to Mining”, where different parts of the game consume BABY and MILK while earning BABY, MILK, and other NFT equipment rewards.

Baby has 5 professions and 12 characters with physical and magical properties, divided by rarity into R, SR, and SSR levels.

There are two main ways to play：

Sources –  The Crypto You – Daily Mining

Stats on The Crypto You

The price trend of MILK is very similar to the trend of TLM at Alien Worlds. Both are high for a few days on the release date and then drop straight down. It remains a relatively stable low value.

The other governance token BABY is the same as BabySwap’s token and does not represent The Crypto You’s data performance well, so it will not be analyzed. 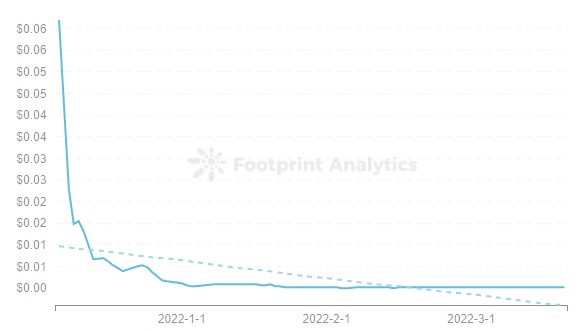 The Crypto You is the fourth largest game on the BSC chain and has already captured 7.66% of the share in less than four months since its launch.

But overall transactions are flattening out. This is in line with user changes, which may have something to do with new users not continuing to play after trying the game. 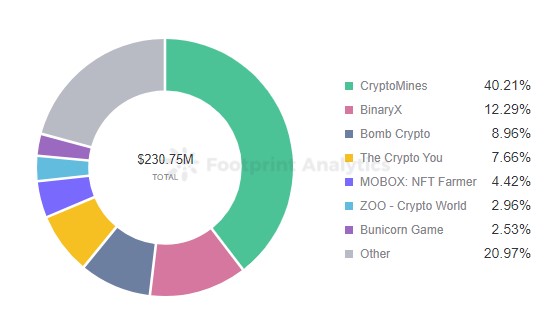 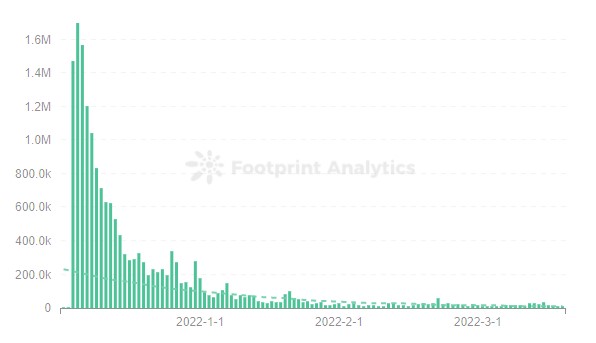 Footprint Analytics –  Transactions of The Crypto You

The Crypto You currently has 48,000 users, but user retention and new user growth are both low.

The game launched in December with an influx of 220,000 users, but since then it has been declining, with only 166 new users in March as of March 20. Although there are 1,500+ active users, it is more important for new projects to attract new users to bring the project to life. 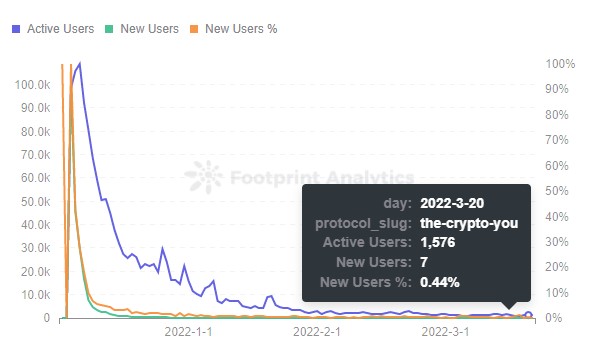 PrevPreviousHow to Create an NFT Marketplace?
NextCointiply Lets You Earn Free Bitcoin In Your Spare TimeNext