Amazon Managed Blockchain is rolling out 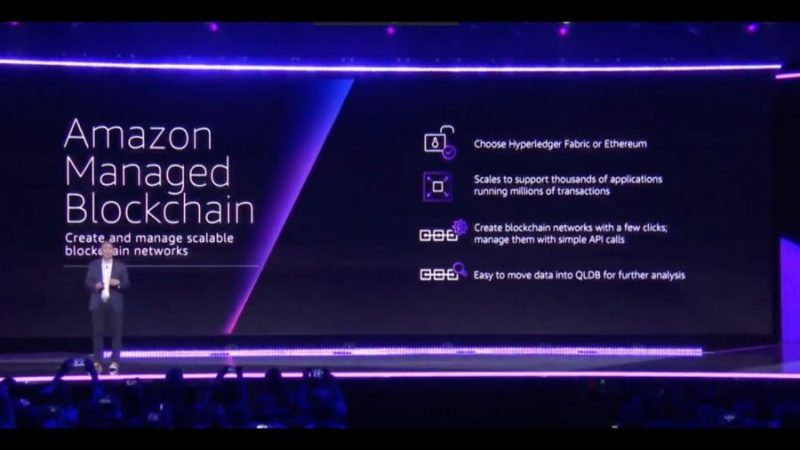 Amazon Managed Blockchain is available immediately in Eastern U.S. in Northern Virginia. The company plans to cover additional regions in the coming year.

The new managed service allows the customer to set up and manage a scalable blockchain network. It eliminates the overheads required to create the network, and automatically scales to meet the demands of thousands of applications running millions of transactions.

The service helps customers quickly create blockchain networks that span multiple AWS accounts, enabling a group of members to execute transactions and share data without a central authority, with an immutable record of transactions.

The new service is ideal for customers who want to allow multiple parties to execute transactions and maintain a cryptographically verifiable record of them without the need for a trusted, central authority.

It can be used in businesses like finance, logistics, retail, and energy that need to perform transactions quickly across multiple entities.