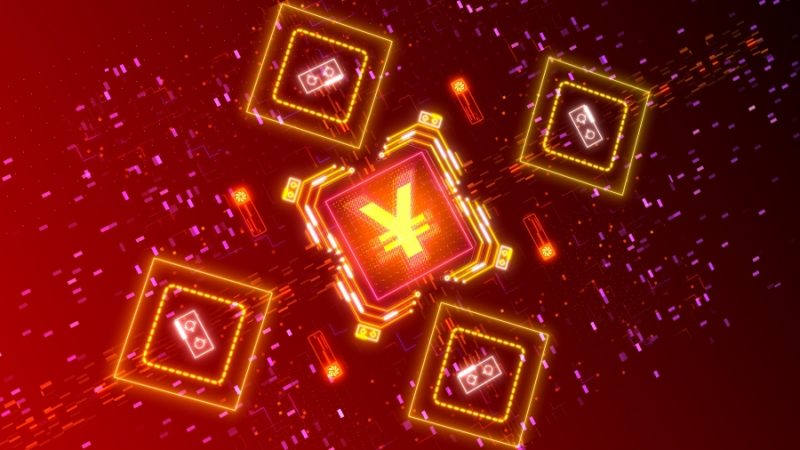 Asia is a step ahead of other regions in developing central-bank digital currencies, with China, Hong Kong and Thailand set to roll out sovereign virtual tokens as a means of payment and to better monitor money flows.

One thing these central banks have in common is that they are all planning to partner with commercial banks in rolling out their digital tokens. But China will for now limit their use to domestic retail payments, unlike Hong Kong and Thailand, which are exploring their use for cross-border payments in bilateral trade.

Given its retail focus, China’s central bank, the People’s Bank of China, is keen to differentiate its digital currency from cryptocurrencies.

Mu Changchun, deputy director of the PBOC’s payment and settlement department, said its “digital currency electronic payment” project involves digital yuan intended solely for the payment of goods and services. It should not be confused with cryptocurrencies, the trading of which authorities have clamped down on.

“It is different to bitcoin or stable tokens, which can be used for speculation or require the support of a basket of currencies,” Mu was quoted by the Shanghai Securities News earlier this month as saying.

The PBOC’s ultimate goal is to replace cash – notes and coins changing hands anonymously – with its digital yuan.

Mu had in November said that the PBOC would launch its digital currency “imminently”, though no timeline has been specified. Industry players expect China to be among the first few central banks globally, including Sweden, to roll out a sovereign digital currency.

The PBOC started researching the prospect of creating its own digital currency as early as 2014 to counter the dominance of the country’s two mobile payment giants, Alipay and WeChat Pay, which today account for 96 per cent of mobile payments in China.

The two operators have become “systemically significant infrastructure” operators in China, Mu said during a panel discussion during Hong Kong’s fintech week in November. This has prompted the PBOC to consider its own digital currency as a way of providing a contingency payment option in the event of technical problems that could harm the nation’s financial system.

Edmond Lau, senior executive director of the Hong Kong Monetary Authority (HKMA), revealed at the same event that the HKMA’s collaboration with the Bank of Thailand on a central bank digital token project could support cross-border payment and foreign exchange settlement for banks and companies, using blockchain technology

In contrast to the PBOC’s virtual currency, Lau said “the prospect of issuing a central bank digital currency for retail purposes in Hong Kong is limited, as we have so many retail payment services [ranging from] credit cards and debit card to others.”

In the first quarter of next year, the HKMA and Bank of Thailand plan to announce how their joint research, named “Project LionRock- Inthanon”, could result in faster cross-border forex settlement, and more competitive Hong Kong dollar and Thai baht exchange rates for companies and banks across the two markets, where bilateral trade is expected to grow to US$20 billion in 2020. 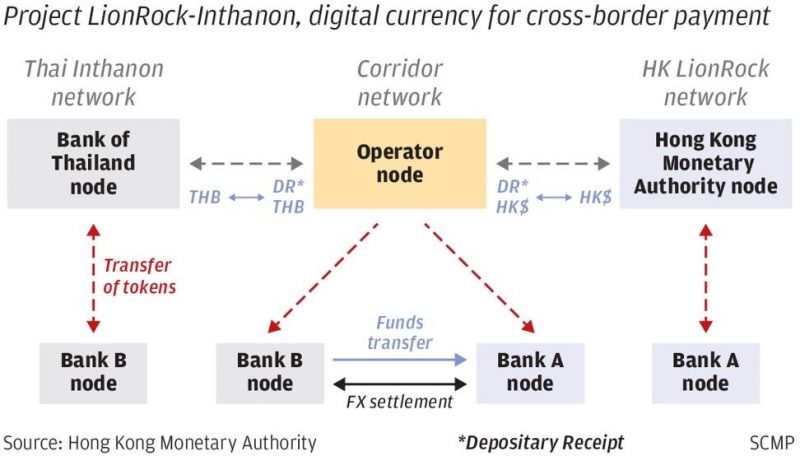 About 70 per cent of the world’s 63 central banks surveyed by the Bank of International Settlement in 2018 said they were engaged in research work on their own digital currencies. Still, over 85 per cent of them indicated they were unlikely to issue one in the short term.

That puts Asia way ahead in the field, said Guillaume Rico, a director at consulting firm Chappuis Halder & Co in charge of the firm’s central bank digital currency practices.

“Central banks in this region are clearly actors [when it comes to] innovation, rather than spectators. While Canada and the European Central Bank (ECB) are openly doing research too, these are often being performed in collaboration with Asian countries,” he said, citing “Project Stella” by the ECB and Bank of Japan as an example.

Rico said if “Project LionRock-Inthanon” succeeds, it could help reduce the cost incurred in cross-border payments. Part of this will be saved from the cost of compliance, as regulators can better monitor and trace cross-border flows through digital wallets connected with the blockchain for anti-money laundering purposes.