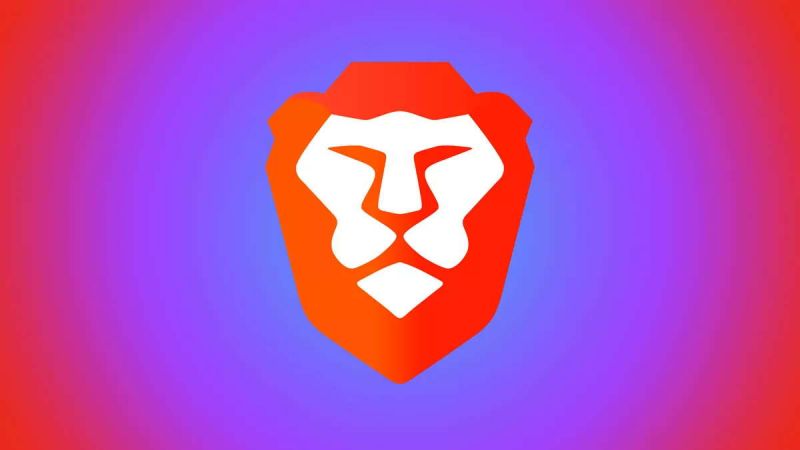 Web browsers are software applications that run via internet service through which we can interact with web-based multimedia. Brave is one of those web browsers that provide such a service. It is an open-source free web browser developed by Brave Software, Inc. It is based on Chromium which is a lightweight version of Chrome developed by Brendan Eich who is a creator of JavaScript and former CEO of Mozilla. The first version was launched in the January of 2016 with an ad-blocking feature and it was announced as a privacy-respecting browser that includes features such as web trackers blocking.

It uses the DuckDuckGo privacy respecting search engine as a default, instead of Google. This web browser from Brave Software has an unusual working model that takes out ads from websites and replaces them with its ads which then allows us to send funds to the websites they like. Brave browser is now getting more attention than most of the new web browsers because its co-founder kick-started Mozilla Firefox, and the other reason for its popularity is the business model it follows. This model received critics from publishers who depend on online advertising for earning money. Apart from this feature, it is like a standard web browser through which you can navigate websites, display content, or run web applications and it can also save site authentication information. Its anti-ad running method is what sets it apart from other browsers. It can eliminate ad trackers that are used to show similar products we bought or what we are browsing.

The back-end technologies that help to run Chrome also power Brave browser, which also includes the V8 JavaScript engine and the V8 engine. For iOS, Brave relies on WebKit which is the open-source foundation for the Safari browser. Brave browser is famous for its speed and privacy it gives, both come from the ad-stripping model. Brave loads the pages two times the speed of Firefox and Chrome on the desktop. But on the smartphone, it loads pages way faster than the Android version of chrome and Safar browser of Apple. This browser also promotes anonymity and Brave Software has sworn that it will not store user data on the servers. In June of 2019, Brave tested its new ad-blocker algorithm developed in Rust which was meant to replace the older C++ version. The Ghostery and the uBlock Origin gave the new logic of this latest implementation, which showed that it was on average 69 times faster than the previous algorithm, according to Brave.

Unlike Chrome which requires Chrome extensions to block malicious mining malware, Brave has a crypto-mining blocker built-in by default which gives protection against all sorts of crypto mining malware, like JS miner virus, and Coinhive malware. The creators of these browsers also have created a cryptocurrency which is known as Basic Attention Token (BAT), which can be earned by paying to the websites you like and also by viewing ads. By using this privacy-focused browser that prevents the users from being tracked, you can also earn cryptocurrency.

This is their goal to change the way of making money through websites, by using BAT cryptocurrency. It is based on the Ethereum blockchain. Sites like news and information and their readers can benefit from this concept. This browser also provides a built-in BitTorrent service and also includes a cryptocurrency wallet similar to Ethereum’s MetaMask extension. Brave browser’s BAT system will work if other websites take advantage of the offers, like supporting ad-free content and when users earn by giving their attention to advertisements by the sites. More than 500,000 publishers and content creators participate in this program. According to the company, most of the ad-money goes to Facebook and Google.

Earning this cryptocurrency is simple, if you like watching ads on these web browsers, you can earn a fractional amount of BAT. The ads are like push notifications, instead of on-page display ads. You can view the content ad-free by contributing a bit of your BAT to that website. Brave also offers private browsing functionality and supports using TOR. It is as extensible and modular as Chromium. It is possible to equip with a wide range of additional features and functionalities like ToSDR, or “Terms of Service, Didn’t Read” which is a tool that labels websites and their terms of services, which daily users usually skip because they are too long to read sometimes. It gives warnings to users when they browse those websites about the implications of the terms of service of that site.

The BAT was created to improve the fairness, security, and efficiency of digital advertising by using blockchain technology. It is like the local token of the Brave browser and it is based on Ethereum. The Basic Attention Token (BAT) utilizes the Ethereum blockchain and is kind of a decentralized ad exchange based on the Ethereum platform and a significant component of Ethereum’s ecosystem. In its initial coin offering in May of 2017, Brave Software International sold 1,000,000,000 tokens for a total of 156,250 Ethereum which is around US$35M in less than thirty seconds. An additional 500,000,000 BAT was retained by the company, to be used to promote the adoption of the platform. You can also link your other social media accounts like YouTube, Twitch, and Twitter for BAT tipping, this feature was introduced in the latest version of brave.

The profit in BAT depends on the number of visitors and time spent on the content provided, as well as the generosity of tipping appreciators, which makes BAT one of those cryptocurrencies that function as a gateway to getting paid for engaging with activities.