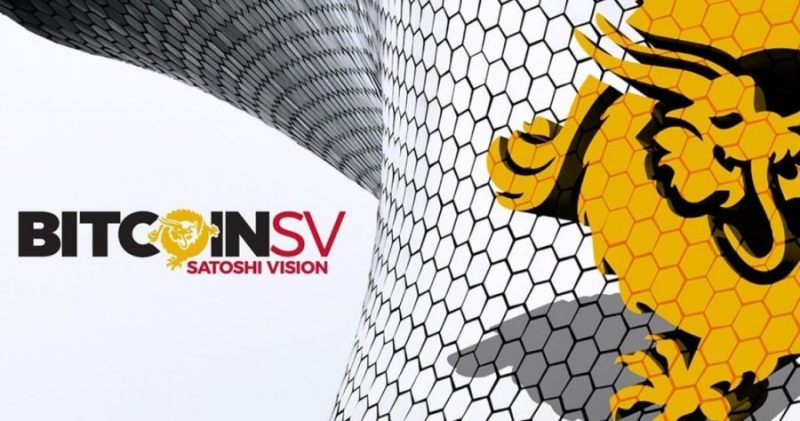 Bitcoin’s original design is back with the Bitcoin SV (BSV) network’s hard fork on 4 February 2020. The hard fork is code-named “Genesis” because it returns the Bitcoin protocol as closely as possible to the original released in 2009 by Bitcoin’s creator Satoshi Nakamoto (aka Dr. Craig S. Wright). Rather than an “upgrade,” this is more accurately a protocol “restoration.” This is a key step in Bitcoin SV’s journey to finally unlock the massive on-chain scaling power and greater technical capabilities that were always possible with Bitcoin’s technology platform. Bitcoin SV can now enable a world where data, transactions and digital activity of all types can be “on-chain” on a single public blockchain, just like the world operates online on a single public Internet.

Bitcoin SV emerged from the world’s first Bitcoin hash war in November 2018 as the new name for Bitcoin’s original protocol, after prior developer groups (Bitcoin Core for BTC, and the Bitcoin ABC for BCH) changed Satoshi’s design and refused to massively scale. Now the fastest growing blockchain ever, Bitcoin SV has seen application development explode globally, making use of its greater scaling, data and micropayments capacities. Growing usage has led BSV’s network transactions and average block size block counts to regularly surpass BTC and even surpass the Ethereum network on some days. Why? BSV (which stands for Satoshi Vision) is the only project that adheres to Satoshi Nakamoto’s original protocol, design and vision for Bitcoin. In short, BSV is Bitcoin.

Jimmy Nguyen, Founding President of Bitcoin Association (the global industry organization for Bitcoin SV), comments: “By bringing back Satoshi’s design in Bitcoin SV, the Genesis hard fork is a historic moment in Bitcoin’s journey to become the world’s peer-to-peer electronic cash system and enterprise blockchain that can power . . . everything. The Internet birthed a world where everything can be ‘online’; Bitcoin can now – through Bitcoin SV – enable a world where everything can be ‘on-chain.'”

Genesis will finally unleash Bitcoin’s inherent power to massively scale by removing the default hard cap for block sizes. For too many years, the Bitcoin ecosystem was paralyzed by disputes over whether the network should scale with bigger blocks to support more transaction volume.  The BTC network kept its block cap restricted to a tiny 1MB, allowing only 3-7 transactions per second; the BCH network has remained at 32MB, which is still far too small to support enterprise use.

Currently (before the Genesis hard fork), BSV can comfortably handle 1000 transactions per second, and theoretically up to 9000 transactions per second (if its current 2GB block cap is fully used).  Once the block cap is removed by the Genesis hard fork and with technical improvements and further scaling work in progress, BSV’s transaction capacity will grow even more and has infinite potential. This paves the way for enterprises to reliably build large-scale applications on the BSV blockchain. It also will help Bitcoin mining to remain profitable in the future, by enabling miners to earn more transaction fees to offset revenue they will lose from continued “halving” of the Bitcoin block reward’s fixed subsidy amount (which halves from 12.5 coins to 6.25 coins in spring 2020, and halves again every four years thereafter).

Over Bitcoin’s life, protocol developers made changes and imposed limits on Bitcoin’s technical capabilities. Thus, another of Bitcoin SV’s aims is to restore as much of the original protocol as it can to enable the spirit of Satoshi’s design described in the original Bitcoin whitepaper and the original Bitcoin software. The Genesis hard fork is a huge step in this direction; it contains a large number of changes which can be put into three groups:

With these restorations, the Bitcoin blockchain can be more easily used for not just payment transactions, but also a vast array of data, token, smart contract, content delivery, enterprise application, Internet of Things, and other uses. Developers and businesses will be able to design transactions that perform many complex functions on Bitcoin, without the need for other attempted blockchain projects such as Ethereum, EOS or Hyperledger.

On June 7, 2010, early in Bitcoin’s life, Satoshi wrote in an online post these famed words:

“The nature of Bitcoin is such that once version 0.1 was released, the core design was set in stone for the rest of its lifetime.”

In addition to restoring Bitcoin’s original protocol, the Genesis hard fork honors the Satoshi Vision to have that core design be “set in stone.”  The update contains quite a lengthy list of technical changes, but groups these all together in one hard fork for a compelling reason: the ability to stabilize the protocol.

Why is this important? A stable rule set ensures that a monetary or data transaction performed on the blockchain today will be valid in 2, 5 and 100 years from now. Furthermore, enterprises and developers want a locked protocol before they commit time and resources to build applications on top of it, rather than having to constantly change their development process if the base protocol is repeatedly changing. For comparison, the Internet Protocol has changed very little over the last 30 years, and that stability has been critical to achieve today’s vast world of online commerce and activity.

Note that after the Genesis hard fork, the BSV network may still experience some software updates and improvements – including of the Bitcoin SV Node software. Furthermore, leading blockchain research & development firm nChain is developing a different, enterprise-class version of BSV software named “Teranode.” But any future software versions will not materially affect the base protocol rules for Bitcoin and should not affect applications being built on top of BSV after Genesis.