Bitcoin Will Become a Basic Utility, Just Like Email 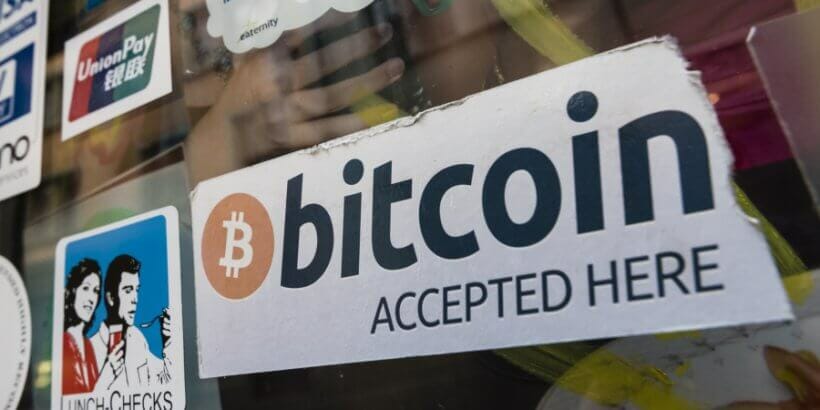 Email is a protocol (Simple Mail Transfer Protocol), yet we send emails as if they were letters. Are they letters or not? They read like letters, except they’re digital. You can print it, yes, but does this make it any more “real” than when it was in digital form? Stripped down to its essence, it’s just a bunch of ones and zeroes. Does this make it any less real than an actual letter?

Do you know how Email works?

You might answer “Yes. You write a letter, you send it, and you are done!” 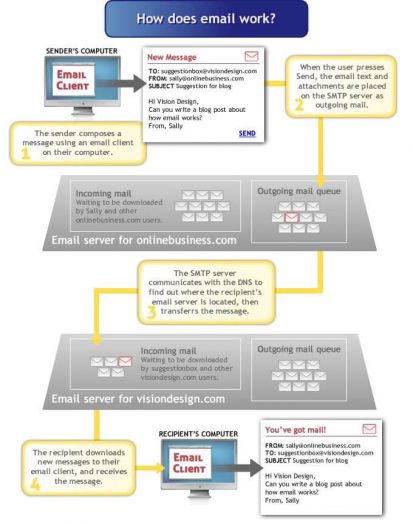 That looks damn complicated! Why would anyone want to use this? You mean I need an expensive computer?! (Image from Visiondesign.com)

Seems complicated, right? Imagine trying to teach that to someone who has never touched a computer before. Here, let’s jump back to 1984 and see how they explained Email back then.

Until the 1990s, when the web browser made it easy for anyone to have an Email account and address, all of that stuff was as alien to people as Bitcoin and Blockchain tech is to mainstream users today.

I still remember when Emails suddenly became accessible to everyone. It wasn’t just because of the web browser. It was the humble Internet Cafe that allowed mainstream users to use Email cheaply and easily. We paid as much $2 per hour for this here in the Philippines, and they used dial-up 56K modems. It was unusable by today’s standards, but I still remember sitting there in awe when the person I randomly chatted with on mIRC told me she was from the United States. We started exchanging emails after that. It was mind blowing.

Computers were so expensive that only the rich had their own, and home internet connections were slow and clunky. You had to make sure no one called your home phone or else you would get disconnected. So the web cafes became the gateway to “cyberspace”, where people chat with other people and of course, send Emails. There was an internet cafe in every corner, and it was a huge business.

It became so easy to create an email account, but you were advised to never use your real name. This was a just a fancy toy for geeks, and the internet, or “Cyberspace” in general was considered dangerous. Emails were not even considered an official way to communicate. Everyone used some kind of fake name, and you were limited to a certain number of messages in your inbox or else risk emails being bounced back to the sender.

People used weird Email addresses like [email protected] Business dealings still had to be faxed or done with printed paper or phone calls. It was a whole different world.

Today, we send an Email with a swipe of a finger from a tiny supercomputer containing about $32 MILLION worth of separate 1984 devices in the palm of our hands, with unlimited storage in the cloud and machine learning helping us with automatic responses.

We use Email without thinking about how it works because it has become a basic utility. It just works.

Bitcoin is a protocol (Bitcoin), yet we send bitcoins as if it was money. Is it money or not? It transacts like money, except it is digital. You can print it, yes, but does this make it any more “real” than when it was in digital form? Stripped down to its essence, it is just a bunch of ones and zeroes. Does this make it any less real than actual physical money?

Do you know how Bitcoin works?

You might answer “Yes. Use a Bitcoin wallet, you send it, and you are done!” 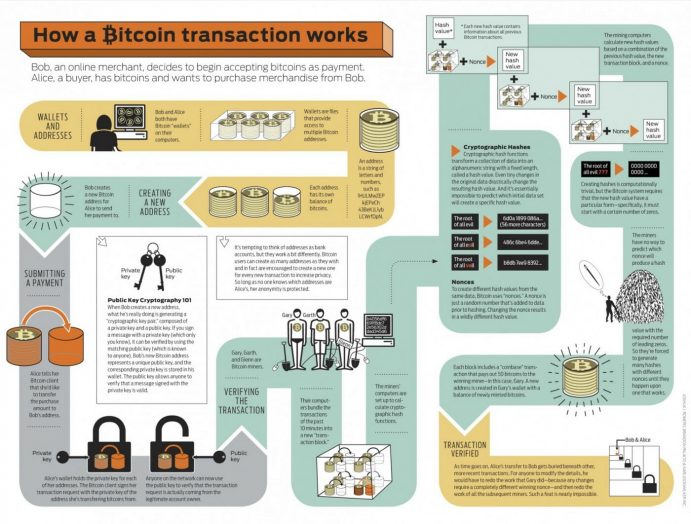 The S-Curve of Technology Adoption

Explaining Bitcoin and Blockchain Technology today feels the same because it is the same.

With Bitcoin and Blockchain tech, we are no different from the Email video from 1984 — we still need five-minute videos explaining how it works. People are still afraid of Bitcoin, thinking it is dangerous and only used by criminals in the dark web. The apps themselves are still clunky and too complicated for your average internet user. Bitcoin and cryptocurrency exchanges get hacked often, and scams abound the industry. The adoption of the technology on a global scale is not even at 1%, so we have a long way to go before we see this shift.

It will happen slowly, then suddenly.

Our Bitcoin startup in the Philippines provides services much like an internet cafe did in the 90s. We provide our users an easy way to access the Bitcoin network and use it for transferring and storing funds, paying bills, using it as a store of value, and pretty much any kind of financial service you can do with a bank. Just like going to an internet cafe where you still need some basic knowledge on how to use a computer, using our platform will need a basic understanding of how websites, payment apps, and smartphones work. It allows users to experience the technology in a user-friendly environment and safe. We also have regular education campaigns that educates those who want to learn about how it works and how it can benefit them.

There are hundreds of services and apps today that are doing the same thing, with the goal being to make people comfortable with using the technology.

In the near future, we will be sending money to each other using the Bitcoin protocol, with a swipe of a finger, without needing to understand how it works. Explaining Bitcoin and Blockchain technology then will be as unnecessary as explaining Email today. It just works.

Bitcoin is a protocol. It’s just software, running on a set of rules that needs to be followed in order to participate in the network. Trying to explain the nuts and bolts of it to everyone will be frustrating because not everyone can or wants to understand all the technical stuff, yet we do it anyway because even if only one out of a hundred people will get curious and want to learn more, it makes all that effort worth it.

Bitcoin is money because that’s what the software makes it seem to be, but the truth of the matter is, it is just pure information. The software you use makes it function like money the same way SMTP makes Emails function like letters, as a correspondence between people, with somewhat reliable certainty that the messages are transmitted securely and are valid.

The only difference is that the certainty of the validity of a Bitcoin “message” i.e. transaction, is undeniable, censorship-resistant, and immutable. 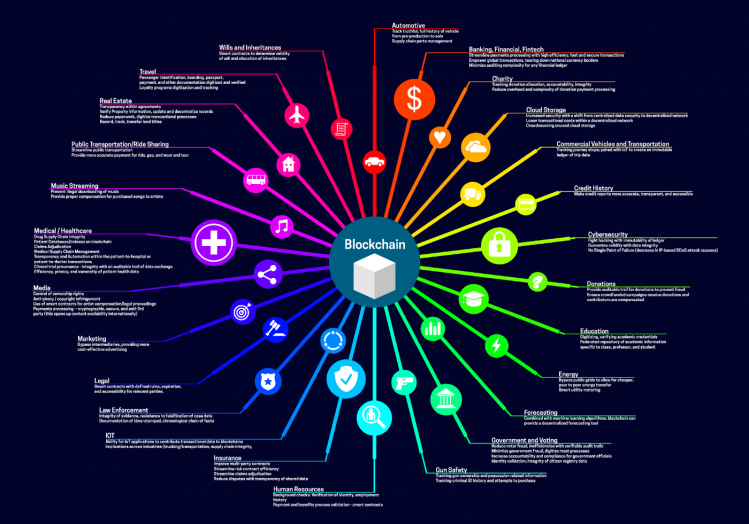 Other Blockchain applications will also become basic utilities for a myriad of uses ranging from smart contracts, marketplaces, governance, provenance, and any service that requires agreement in a trustless environment.

Before we know it, the world will be using the Bitcoin protocol like we use Email today — as a basic utility for transferring information, but in this case, the information will have value.

PrevPreviousWhat is Genesis Vision (GVT)?
NextBitcoin is not a bubble — It’s the pinNext