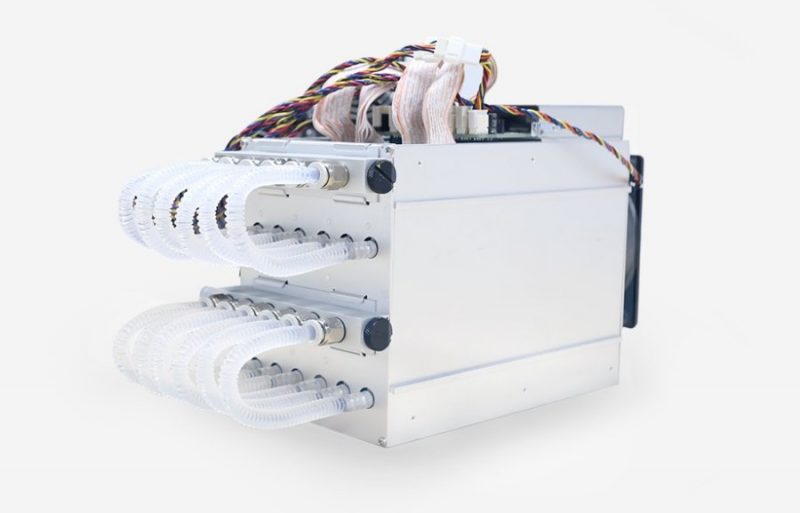 Bitmain, a well-known cryptocurrency equipment provider, officially announced the release of its flagship product Antminer S9 Hydro. It is the eighth product launched this year, after the introduction of Antminer S9i, ANTBOX and Z9mini, etc. Antminer S9 Hydro pioneers a water cooled system, creating a new mining model with low noise and high energy savings.This new miner supports SHA256 algorithm and it can mine mainstream digital currencies such as BTC and BCH.

Antminer S9 Hydro has a rated hashrate of 18T and a wall power consumption of about 1728W. Unlike traditional air cooled miners, S9 Hydro adopts a water cooled system for heat dissipation and it can mine along with a specific power source: the APW5. Individuals or families can use a S9 Hydro-Hex external water circulation module for heat dissipation, while in large mining farms, low noise and high energy saving mining effects can be achieved with outdoor water source.

For the first time, Antminer S9 Hydro is adopting the most innovative water cooling design available for heat dissipation. Thanks to the customized and high-precision water cooling module, S9 Hydro can support the direct introduction of outdoor water source that meets the water quality requirements and quickly cool down the computing boards and other components inside the miner. During operation, the chip temperature difference is only around 5°C, which can greatly improve the performance and stability of the miner.

Antminer S9 Hydro also performs strongly in terms of noise reduction. The water cooling system reduces not only the internal temperature of the miner, but also most of its noise during the operation. Relevant data shows that under the same working temperature, S9 Hydro can decrease the noise by up to 20dB compared with air cooled miners.

In large mining farms equipped with outdoor water source, the reduction of chip temperature will help save about 8%-12% of the electricity, an obvious energy-saving advantage. Unlike the use of fans of air cooled miners, the water cooling system can directly enter the inside of the miner to dissipate heat, and ensuring the long-term operation stability.

In addition, S9 Hydro also has the advantages of dustproofing and easy maintenance. More than 95% of the power consumption can be moved external via the water circulation system, which greatly reduces the required air volume of the miner, effectively avoids dust deposits inside the machine, and decreases the risk of short circuit or corrosion of internal components. The innovative design of S9 Hydro contributes to the maintenance of large mining farms and the reduction of operating costs.

Antminer S9 Hydro is officially on sale from today.

Antminer, an encrypted digital currency server independently developed and sold by Bitmain, is one of the company’s most important brands. Since the release of the first generation S1 in 2013, Antminer has been upgraded for seven generations and now owns a multi-category product line like S series of Bitcoin miners, L series of Litecoin miners and D series of Dash miners, etc.

With product features such as low power consumption and high hashrate, Antminer has won the support of numerous users. Adhering to a corporate culture of “Perfection, Objectiveness and Excellence“, Bitmain has been continually introducing new products, bringing a better mining experience to miners all over the world.