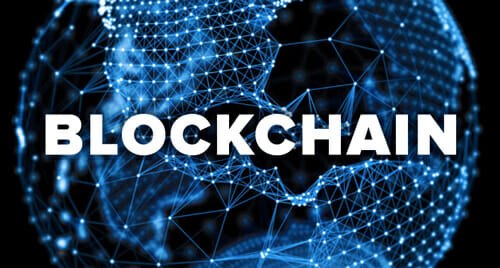 Cryptocoins are confusing but if you understand blockchains, you’re halfway home

Blockchain is a technology that allows for fast, secure and transparent peer-to-peer transfer of digital goods including money and intellectual property. In cryptocoin mining and investing, it’s an important topic to understand.

What Blockchain Is: A Brief Primer

One of the most talked about yet misunderstood topics in recent times, blockchain is completely overhauling the way digital transactions are conducted and could eventually change the way several industries conduct their daily business.

Two words that have rapidly become part of the mainstream vernacular are bitcoin and blockchain, which are often used interchangeably even though they shouldn’t be. While they are related in a sense, these terms refer to two very different things.

Bitcoin is a form of virtual currency, more commonly known as cryptocurrency, which is decentralized and allows users to exchange money without the need for a third-party. All bitcoin transactions are logged and made available in a public ledger, helping ensure their authenticity and preventing fraud. The underlying technology that facilitates these transactions and eliminates the need for an intermediary is the blockchain.

Important: One of blockchain’s main benefits lies in its transparency, as the aforementioned ledger functions as a living, breathing chronicle of all peer-to-peer transactions that occur.

Each time a transaction takes place, such as one party sending bitcoin directly to another, the details of that deal – including its source, destination and date/timestamp – are added to what is referred to as a block.

This block contains the transaction in this example along with other similar types of transactions that have been recently submitted, usually within the past ten minutes or so when you’re dealing with bitcoin in particular. Intervals may vary depending on the specific blockchain and its configuration.

Important: The validity of the transactions within the cryptographically-protected block is then checked and confirmed by the collective computing power of miners within the network in question.

On an individual basis, these miners are computers which are configured to utilize their GPU and/or CPU cycles to solve complex mathematical problems, passing the block’s data through a hashing algorithm until a solution is found. Once solved, the block and all of its respective transactions have been verified as legitimate. Rewards (bitcoin, in this example, but it could be Litecoin or some other currency) are then divvied up among the computer or computers that contributed to the successful hash.

Tip: Now that the transactions within a block are deemed valid it is attached to the most recently verified block in the chain, creating a sequential ledger which is viewable by all who desire.

This process continues in perpetuity, expanding upon the blockchain’s contents and providing a public record that can be trusted. In addition to being constantly updated, the chain and all of its blocks are distributed across the network to a large number of machines.

This ensures that the latest version of this decentralized ledger exists virtually everywhere, making it almost impossible to forge.

Why Blockchain is Needed

Peer-to-peer connectivity over the internet has existed for quite some time in a number of different formats, allowing for the distribution of digital assets directly from one person or business to another.

Since we can already send these bits and bytes to each other, what’s the point of using a blockchain?

The behaviour of the Bitcoin blockchain is the perfect example to answer this question. Pretend for a moment that there was no blockchain in place, and that you had one bitcoin token in your possession with its own unique identifier assigned to it.

Now, let’s say you wanted to buy a new television from a business that accepts cryptocurrency, and that shiny new TV happens to cost one bitcoin.

Unfortunately, you also need to pay back your friend for the bitcoin which you borrowed from him last month.

In theory, without the blockchain in place, what’s to stop you from transferring that same digital token to both your buddy and to the electronics store?

This dishonest practice is called double-spending, and it’s one of the main reasons why peer-to-peer digital transactions have never really caught on until now. With blockchain, which not only distributes a public record of all transactions but confirms a block before each of its individual transactions can be finalized, the possibility of this fraudulent activity is essentially wiped out.

While in the past we had no choice but to rely on intermediaries such as banks and payment processors to validate these transactions and make sure that everything was on the up and up, for a nominal fee of course, blockchain technology lets us truly transfer our digital assets from point A to point B taking comfort in the fact that there are reliable checks and balances in place.

As we’ve already discussed, the ability for anyone to view a public blockchain such as the one associated with virtual currencies like Bitcoin is a key factor in why it works as well as it does. The easiest way to peruse this distributed database is through a block explorer, typically hosted on a free-to-use website such as Blockchain.info.

Most blockchain explorers are heavily indexed and easily searchable, allowing you to locate transactions in a number of different ways including by IP address, block hash or other relevant data points.

Other Uses for Blockchain

Blockchain has come to the forefront of many discussions because of its role in the distribution of cryptocurrencies like Bitcoin. In the long run, however, these digital cash transactions may end up being a very small part of blockchain technology’s overall footprint on the world as a whole and the way we transfer assets online.

The possibilities for blockchain implementation seem endless, as its underlying technology can be leveraged in virtually any field to perform a number of important tasks such as the following.

We, as a world society, have just begun to scratch the surface here. New potential uses for blockchain are being discovered on a regular basis.

Private blockchains will allow companies to revolutionize their own internal processes while public, open-source variations will continue to change the way we handle business in our daily lives.

PrevPrevious5 – What is an ICO?
NextBINANCE 101Next