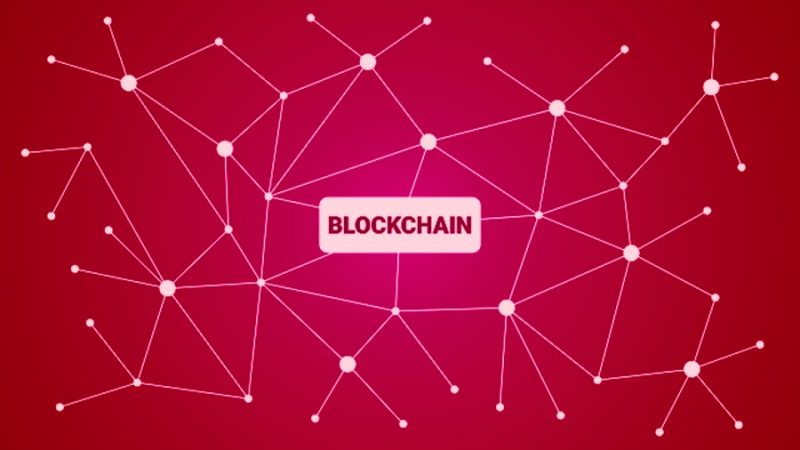 China’s blockchain market is becoming more attractive than ever to foreign investors, with the industry receiving a significant boost from the central government.

Although China has implemented regulations in recent years to ban technologies such as initial coin offerings and cryptocurrency exchanges, its support for blockchain, as well as artificial intelligence, was highlighted in the 13th Five-Year Plan (2016-20) for national development.

An ICO is the cryptocurrency space’s rough equivalent to an initial public offering in the mainstream investment world.

In October, President Xi Jinping emphasized blockchain as a core technology in the new round of technological innovation and industrial transformation.

Yuval Rooz, co-founder and CEO of blockchain startup Digital Asset in New York, said: “China is a big global player and there is an opportunity for China to become a leader, even from a blockchain technology perspective, to create new initiatives and actually lead the rest of the world. For companies like us, this is extremely exciting. The nice thing about China is that once a decision is made, it is actually easier to move forward.”

Blockchain is a ledger where transactions of cybercurrencies, such as Bitcoin, are recorded. It works like a chain of digital “blocks” that contain records of transactions.

As of March, more than 5,800 companies in China featured the word “blockchain” in their name, of which 4,586 were registered last year, according to information platform Interchain Pulse, based in Shenzhen, Guangdong province. Meanwhile, 22 blockchain-related industrial zones had been established around the country as of May.

Global market intelligence company IDC expects China’s spending on blockchain technology to exceed $2 billion by 2023, with a compound annual growth rate of more than 65 percent and with the banking industry taking the biggest proportion.

Xi also gives the industry a clear view of which sectors blockchain technology will have the most significant impact on, said Biedermann, founder and CEO of Blockchain Asia in Hong Kong, a company working to connect the industry in Asia and Europe.

“For blockchain in China, this is not a start, but rather a confirmation of the sound development (of this technology), which has already lasted for several years,” he said.

“The more-sophisticated foreign investors are very active in China, scouting for talent and promising solutions with local teams, as information is not always easy to access from abroad, given the language barrier and different communication channels.”

Last month, Digital Asset stepped up its presence on the Chinese mainland by partnering with Blockshine, a blockchain services provider in Shanghai. The partnership focuses on the financial services industry.

Rooz said he expects Xi’s commitment to blockchain technology to open up huge opportunities for the industry.

“When it comes to working in China, you really want to make sure that there is support from the government. Having that kind of announcement (from Xi) is extremely exciting,” he said.

Since last year, Digital Asset has worked with Hong Kong Exchanges and Clearing－which operates the Hong Kong Stock Exchange－for which it built a prototype of a blockchain-powered platform for northbound trading under Stock Connect, a mutual market access program linking equity markets in the city and the mainland.

Layla Dong, founder and CEO of Blockshine, which provides blockchain consulting services and implements the technology for companies, organizations and governments in various countries, said that before Xi’s announcement in October, many local governments were highly conservative toward foreign blockchain companies. That was because they were unfamiliar with the technology and the changes it can bring to people’s lives.

She added that one of the first projects the partnership between Digital Asset and Blockshine will take on is related to cross-border blockchain services for a State-owned financial institution she declined to name.

Another international investor looking to the Chinese blockchain market is the hedge fund Polychain Capital, based in San Francisco. In October, the company was reported to have formed a strategic partnership with Nervos Network, a leading public blockchain project in China, following investment by Polychain last year.

Olaf Carlson-Wee, founder and CEO of Polychain Capital, said “great technologies” have emerged in China in recent years, in both deep tech and market infrastructure. “Deep tech” refers to companies founded on a scientific discovery or meaningful engineering innovation, and which also seek to make the world a better place.

“We plan to actively participate in the Nervos ecosystem, work with the founder to build out its community, and drive engagement to the project from blockchain investors and participants globally,” Carlson-Wee said, adding that he was impressed by Nervos’ developers.

Biedermann, from WAIFC, said Hong Kong and Singapore are often chosen as bridgeheads into Asia for European blockchain projects. Hong Kong’s role will be important, especially with the Guangdong-Hong Kong-Macao Greater Bay Area framework, as foreign investors may have difficulty navigating the mainland market.

The blockchain industry in Shenzhen, which is often dubbed China’s “Silicon Valley”, could also be an excellent starting point for addressing the mainland market via Hong Kong, Biedermann said.

However, Carlson-Wee pointed out that blockchain technology still faces major challenges. One of them, not just in China but globally, is the perception that the industry is still novel, nascent and “incredibly complex” while talent and technology remain spread across the world, making it difficult for more traditional investors to source and finalize quality investments within the ecosystem.

Biedermann said, “Talking about blockchain has become hype, but only a minimal number of people understand the technology behind it and can judge whether it fits a specific use or not”, noting the need to invest more in education.

In July, he became chairman of Tech4 Blockchain, in Wuhan, Hubei province, an education center supporting Chinese companies in using the technology.

As of December last year, more than 10 universities in China had launched blockchain courses, according to Blockdata, a market consultancy in Beijing. In Hainan province, a blockchain research center was set up last year with the research center from University College, Oxford, in the United Kingdom, to promote joint research in technology and talent cultivation.

Dong, from Blockshine, said cooperation between the public and private sectors is needed if a technology wants to grow, as it cannot do so on its own. “So, governments and companies should work together to push this (technology) forward,” she said.

She added she expects the Ministry of Industry and Information Technology to launch a new blockchain standard in the middle of next year, and that an ecosystem with the right policies and standards will further support market growth and provide clear guidance for foreign companies.

He said he has high expectations regarding the proposed digital currency electronic payment project by the People’s Bank of China, the country’s central bank, as it will be a key enabler for new financial products as well as a number of blockchain-related applications.

” (With digital currency) we might be able to fully automate all business interactions in a network of suppliers, manufacturers and their customers,” Biedermann said.

Rooz, from Digital Asset, said he is optimistic about the opportunities that will emerge from the Belt and Road Initiative, as blockchain technology can play a key role in making related projects more efficient.

“China is a big player in trade and commerce. Collateral management across borders is an application of blockchain technology that I think is very exciting,” he said, adding that opportunities may arise in the digitization of trade finance and supply chains under the initiative.

Polychain’s Carlson-Wee said he hoped to see many world leaders and governments follow suit in embracing the technology so that the value it creates can be shared worldwide.

“We hope to continue to work on this with our network of investors and technologists in China,” he said.