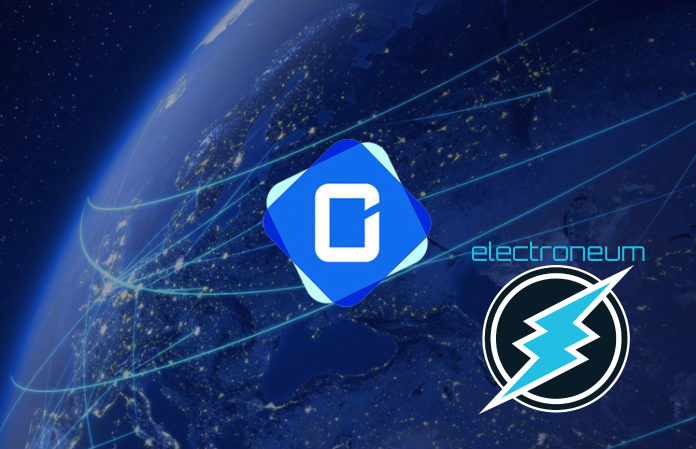 One of the world’s fastest-growing altcoins, Electroneum (ETN), which has more than two million users who mine and transfer the cryptocurrency through their mobile phones, is trading in five new markets for the first time after it was listed on a top cryptocurrency exchange.

The British mobile-based cryptocurrency will now trade in India, Brazil, Hong Kong, Singapore and Malaysia after its listing on CoinBene, one of the world’s fastest-growing cryptocurrency exchanges. Within nine months of its launch in November 2017, CoinBene’s daily trading volume was more than $300 million.

“The search for tokens and cryptocurrencies with potential for mass adoption is part of our strategy to stimulate market growth,” says CoinBene Brazil CEO and Global Vice President, Feng Bo. “Electroneum has a strong and vocal community which helps market development and maintains our position in the rankings of exchanges with the most varied and profitable portfolios.”

Electroneum CEO Richard Ells comments, “Joining CoinBene is a milestone for the ETN team and marks our evolution as a global cryptocurrency. CoinBene has rapidly become a top ten exchange with a global presence that includes five key territories in emerging markets, which will be crucial as we become a true enablement currency that helps people across the world to improve their lives on their terms. We’re excited to be working with them – they’re a great team and we’re confident we’ll do great things together.”

Richard Ells continues, “Electroneum was designed for mass adoption – to be used by anyone anywhere in the world. As well as our mining and transfer capabilities, we’ve developed a payment system that enables people to buy and sell goods and services instantly – much like contactless payment. Other cryptocurrencies can take between 20 minutes to a couple of hours to transfer from buyer to seller, so our approach will set us well apart from the pack.”

Ells comments, “Just having two decimal places – and the capacity to sustain this because we have 21 billion worth of ETN available – makes us more attractive to people as an alternative payment method. It shows a similarity with dollars and cents or pennies and pounds, allowing ETN to be a real digital alternative to traditional or fiat currency instead of something that seems complex and inaccessible.”

CoinBene is one of the largest cryptocurrency exchanges in the world with an average of $4 billion USD buying and selling digital assets each month, according to CoinMarketCap, a portal that analyzes the fluctuation of digital currencies. Founded in November 2017, the startup already has 1.5 million active users in more than 150 countries. CoinBene differentiates itself from other cryptocurrency exchanges by basing its platform’s on the needs of customers and working with stakeholders from the market.

Electroneum (ETN) is a British cryptocurrency that aims to enable financial inclusion for millions of unbanked people across the world. ETN rewards users for their engagement and advocacy. This in turn acts as a catalyst to build a strong community on mobile and on the ground. ETN’s partnerships with mobile operators, vendors and freelancer services enables multiple opportunities to earn more of the currency and spend it, creating a sustainable ecosystem in territories across the globe. ETN raised $40m from its Initial Coin Offering (ICO) in November 2017 and currently has more than two million registered users who mine and transfer the currency from their mobile devices. For more information, visit: www.electroneum.com

PrevPreviousTechnical: How Coinbase Handled Scaling Challenges on Their Exchange
NextParcelABC Integrates Cryptocurrency Payments to their PlatformNext