CoinJanitor Completes Its First Buyout of Another Cryptocurrency 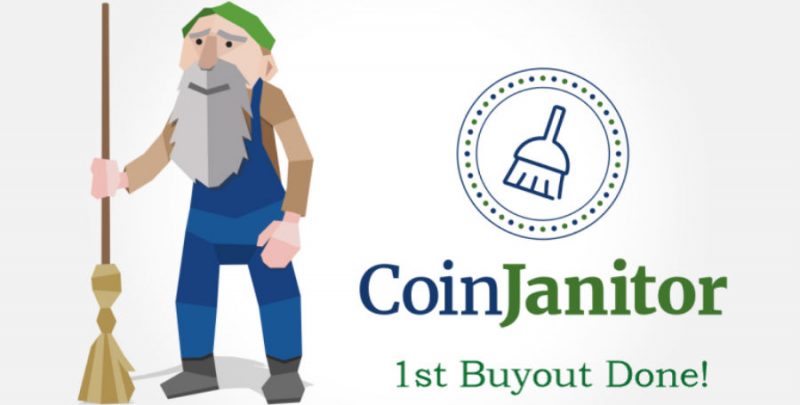 CoinJanitor, the first project in the space to suggest a method to unlock value in deadcoins and recycle it, has completed its first buyout.

After months of intense negotiations with several different deadcoin developers, CoinJanitor’s team has struck a deal to acquire Globycoin. A CoinJanitor community member played a key role in establishing the channel of communication between Globycoin and CoinJanitor team members, showing how crucial community members are to the project.

The buyout was completed on May 12th, 2019. Asset transfer from Globycoin to CoinJanitor was completed immediately following the buyout and now the CoinJanitor team is working to finalize the next phase of the buyout, which includes analysis of code, transaction data and meta data, Globycoin asset integration, and of course the coin swaps for Globycoin users.

CoinJanitor also has a token swaps page where crypto users can list the deadcoins that they would like CoinJanitor to purchase. Project owners can also contact the CoinJanitor team through this page.

The Next Step Following the Buyout

Since this is the first coin that CoinJanitor buys out, it is the first time that a deadcoin for JAN tokens swap will take place. Apart from being a historically significant milestone in this space, it is unprecedented, which means that CoinJanitor must consider every possible theoretical scenario for a smooth implementation. This might take some time, but the team already has a plan to integrate all Globycoin holders into the CoinJanitor community as smoothly as possible.

CoinJanitor Proves that its Mechanism Works

This historical milestone also comes with a deep sense of pride in CoinJanitor’s accomplishment. The team managed to prove that their theoretical mechanism can move from a conceptual stage to implementation. It took longer than what the team originally thought it would take, but CoinJanitor managed to prove that its deadcoin buyout mechanism works.

The implementation of the following buyouts will be smoother thanks to the wealth of experience that the CoinJanitor team acquired through the purchase of Globycoin. The value of the mechanism to the markets in general and to CoinJanitor’s community in particular, will also become clearer after this buyout. CoinJanitor will only gather more strength through all the buyouts that follow. This first buyout was a critical step forward for a project that will offer multiple benefits to cryptocurrency markets and its own community.

Globycoin holders can contact CoinJanitor support(@)coinjanitor.io to get further information about coin swaps and other key aspects of the process.

To find out what the CoinJanitor project is all about, follow this link