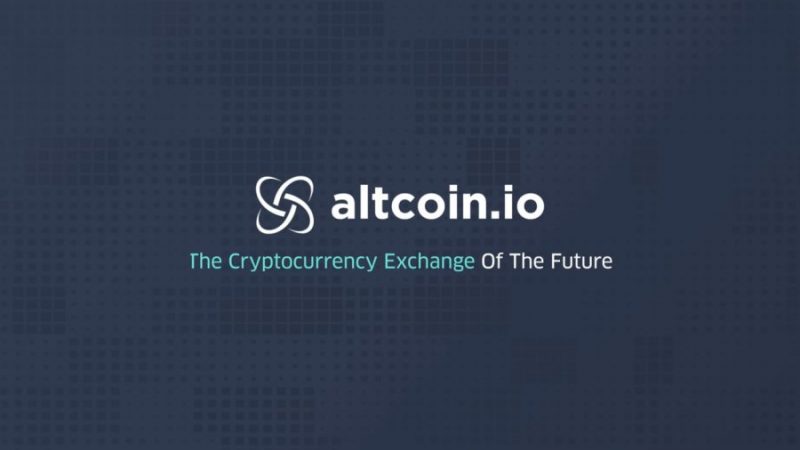 Altcoin.io, a decentralized cryptocurrency exchange headquartered in San Diego, has raised nearly $1 million through WeFunder in its bid to become the world’s safest platform for exchanging digital value.

Billions of dollars of digital assets, or tokens, are exchanged every day. The bulk of this volume is through centralized exchanges, which generally hold traders’ funds inside centralized repositories that attract hackers. Since 2011, almost $3 billion has been stolen from such exchanges, according to Crypto Aware.

Altcoin.io aims to solve this problem by creating a peer-to-peer, trustless, and decentralized exchange that ensures users stay in control of their tokens, without ever relinquishing them to a third party. Trading on Altcoin.io is near-instant, scalable, and a fraction of the cost of centralized exchanges, while still offering an intuitive user experience.

CEO and Co-Founder, Andrew Gazdecki, said, “The team and I are really excited about building an exchange where you can trade securely, staying in complete control of your tokens at all times. Altcoin.io combines the safety of decentralization with the speed and useability of a centralized exchange, which we believe is the next evolution of cryptocurrency trading.”

Andrew Gazdecki is the founder of Bizness Apps, an app development company recently acquired by Think3. At its peak, Bizness Apps was behind 5 percent of all the apps on the App Store, having helped grow thousands of businesses through affordable yet effective app development. A seasoned cryptocurrency trader himself, Andrew now wants to fix the broken exchange market.

“A few centralized exchanges handle the majority of cryptocurrency trading volume, but their business model puts users’ funds at risk. There’s serious growth potential in this market but unless we fix this security flaw, the future of cryptocurrencies – and potentially blockchain in general – hangs in the balance. So we’ve put all our energy into creating an exchange that’s as fast and easy to use as centralized exchanges, but with none of the custodial risk.”

Andrew started Altcoin.io with Co-Founder Sulejman Sarajlija in 2017, and the team has already made headlines with several technological accomplishments. The first of which was an exchange of Bitcoin for Ethereum using atomic swap technology – the first successful swap of its kind in history. The release of an atomic swap wallet soon followed, and will form part of an upcoming Software Development Kit (SDK) that will help other decentralized projects get off the ground.

“We’ve overcome many of the challenges facing emerging decentralized exchanges, so it makes sense to work together. By helping others learn from our expertise, other exchanges can safeguard their users without sacrificing speed or useability, and by white-labelling our trading engine, we can boost liquidity across the market.”

Since then, the team has been developing a Plasma-like sidechain model for the decentralized exchange. First proposed by Vitalik Buterin and Joseph Poon, Plasma is a blueprint for a scalable, hierarchical blockchain where transactions are underwritten by smart contracts. In the event of system failure or a security breach, users can trigger a mass exit event to release their funds from the smart contract.

Andrew is keen to point out that the right technology is only half the story:

“While our Plasma model lets you trade quickly and safely, for very little cost, we’re working hard to create the best user experience, on and offline. You’ll have 24-7 user support, and you’ll be able to chat to and follow your favorite traders. We believe this will make it easier for newcomers to enter the market, boosting liquidity while keeping traders’ funds safe.”

Altcoin.io plans to use the successful WeFunder campaign to take their decentralized exchange live, and to continue developing the underlying technology and user experience. They will also invest in customer support and marketing teams.

“The overwhelming success of our WeFunder campaign is a symbol of the desire for change. We want to bring about that change faster so everyone can enjoy safer, better trading. And we believe we have the technology, talent, and drive to make it happen.”

Traders anxious to try out the Altcoin.io decentralized exchange can test the latest version now.