Deeper Network and the new internet 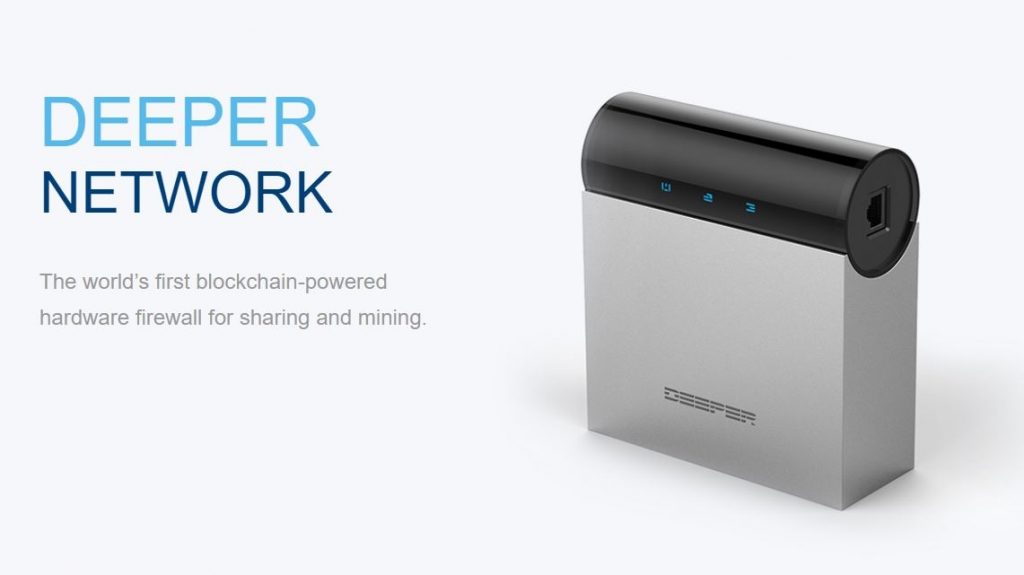 “The sum of human knowledge is our natural birthright. We made it, and should have access to it as we please. Those who believe otherwise are trying to steal our past and our future.”

According to the Cambridge English Dictionary the definition of privacy is “someone’s right to keep their personal matters and relationships secret.” Although the word “secrecy” may appear to have a negative connotation, I’m pretty sure that each and every one of us would love to have a room of our own: a place to be free and independent, without observers, intruders or spies. Yes, of course we can all agree on that.

“You don’t have to worry about privacy if you don’t have anything to hide,” we often hear. Some people even claim we are living in a post-privacy era, where transparency is inevitable and individuals have no choice but to adapt their behavior accordingly. But it is not as easy as that. I can show you in a moment it is not that easy.

We can be fairly certain that when the first definition of privacy was formulated, or at least presented in a written text (1590’s) we did not have any idea of the level of complexity our societies would eventually evolve to encompass. How could we imagine that private conversations using the spoken word would transform into online conversations or that large portions of our subjective identities would leave permanent traces in our interactions with that complex ecosystem that we call the Internet?

Nobody would deny that the Internet marks a profound before-and-after point, deeply changing the ways in which we conduct business, interact with each other and access information. To be sure, it created a wave of optimism among freedom of speech enthusiasts, since for the first time opinions, political acts, and in general any sort of events were open to analysis and scrutiny by the public. This was unimaginable a few decades ago with other mass media like newspapers, radio or television. Because unlike those, the Internet is not a monologue, but a polyphonic dialogue. It represents the people, our voices. Even though sometimes we just have to agree to disagree.

During this decade we have witnessed a massive increase in Internet users: billions of people are joining social media networks and expressing their opinions on an infinite number of subjects; and millions are purchasing all kind of goods and even completing degrees online. Who would have imagined that this vehicle, whose primary purpose seemed to be the democratization of information access and empowerment of the vox populi, could be used against the same people who made it a success?

It’s no secret that powerful corporations have monopolized the Internet by charging their users for “free” platforms via colossal data collection. We can paraphrase Steve Wozniak here, when he says Facebook makes a fortune selling the value of user information while users don’t get a cent in return.

The recent Cambridge analytical data breach scandal, where the information of at least 80 million Facebook users was compromised and used as raw material to affect the result of a political campaign is evidence that our data is not as private as we would like to imagine. Most people are unaware of the huge amount of money the collective information of all social media users is worth. Most of the data is harvested, stored and owned by large companies. It is estimated that Facebook, Instagram and Twitter sell this information for about $44 billion a year. Here we reach our first conclusion: data is property and it belongs to us, the people.

“data is property and it belongs to us, the people.”

We may not be seeing the twilight of privacy, but its dawn, as we find more evidence that people have begun to understand its importance and transcendence. Total transparency is what is expected from institutions, not individuals, and that is precisely what we lack at this time. Total transparency would only be possible in a homogeneous, perfect world where not much is going on. But let’s face it, this world is a space full of ideological conflict and struggle.

Not every human being has the privilege of living in a region of the world where at least free speech is guaranteed. As you read this article many activist groups around the world depend on secure and private communication channels to coordinate their activities. And yes, some of them are fighting for the most noble causes!

Countries around the world have been increasing surveillance of their citizens. Looking at definitions again, we find the following: “close observation, especially of a suspected spy or criminal.” We definitely observe people when we suspect them of wrongdoing or when we do not trust them completely. Worldwide surveillance leads us to immediately raise the question of who is accessing our information and for what purposes? Who would feel comfortable being targeted based on personal beliefs or any other subjective label? How can we talk about transparency when there are no transparent observers?

Surveillance will lead to censorship, because they are simply two sides of the same coin. As a matter of fact, free access to information has been steadily decreasing. As of this year, out of the 65 countries assessed in Freedom on the Net, at least 26 have experienced a deterioration of Internet freedom. Restricting access to information and knowledge seems to be a recurring historical motif. You want to control individuals? Restrict their access to information.

Johannes Gutenberg’s moveable-type printing press marked the beginning of the Age of Enlightenment and the decline of the Church’s monopoly of knowledge. Church power over the population of Europe gradually weakened as a consequence. That revolutionary knowledge-spreading invention did not traverse the centuries without facing its own censorship challenges. Wherever censorship occurs the aim is always the same: to deny the birthright of human beings to tap into the accumulated knowledge and wisdom of previous generations. The identity of the censor will determine which visions of the world are suppressed and denied. The Nazis burned any book that did not fit into their supremacist ideologies. Those books included the works of Freud and Einstein, books which in part constitute the pillars of modern thought. But also under attack were works of literary genius like those of Herman Hesse, Franz Kafka and Thomas Mann, or the pacifist works of Stefan Zweig. The Internet is the new digital moveable-type printing press.

But the Internet has no positive nor negative colors of its own, since it can be used for or against freedom. In this regard Adrian Shahbaz has said “[…] the internet can be used to disrupt democracies as surely as it can destabilize dictatorships,” Being one of the most powerful tools ever given to the people— The Internet is capable of creating huge impacts and mobilizing entire societies. That is why anyone in power, including governments and corporations, may have an interest in controlling what is said, read or heard and know who is saying it. It is evident that data is knowledge and knowledge is power.

“data is knowledge, and knowledge is power.”

And on top of all the attacks to its openness, autonomy and freedom, the Internet is currently facing other challenges. A great part of our objective and subjective history is constantly being recorded as we transit the digital avenues, and this territory is not free of malicious actors. The spread of network viruses is an endless threat which continues to cause serious economic damage. Who has not been a victim of a fake transaction or been infected by a virus? Starting with the Mirai virus in June 2018, more than 600,000 networked devices have been hacked. In 2015, the total financial loss caused by cybercrimes was estimated to be as high as $3 trillion, and is expected to reach $6 trillion per year by 2021[14].

It is evident that if the Internet is going to be a truly democratic and safe platform, it needs to be restructured and decentralized. Given its current infrastructure it is neither private, censorship-free nor safe. It is subject to the laws and policies of the authorities of the minute. They will formulate laws and regulations according to their own interests and ideologies. The quality of your access to information is essentially determined by your citizenship and geographic location. Deeper Network believes in the creation of a democratic, private, secure and censorship-free Internet, available to everyone around the world, and backed by technological innovation and blockchain technologies. We understand that we are part of a great constellation of innovators who are working towards the transition to a NEW INTERNET: a secure communication space where technology and ethics meet to preserve human dignity, freedom and independence.

Deeper Network aims to be a key contributor to the creation of a New Internet: a secure communication space where technology and ethics meet to preserve human dignity, freedom and independence.