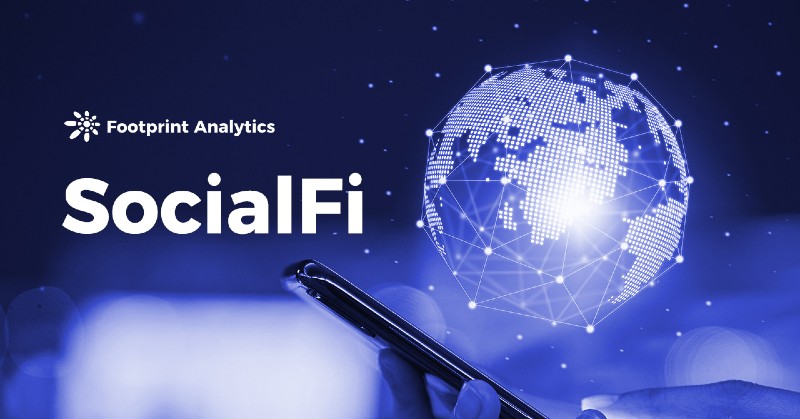 The social DAO Friends with Benefits began raising funds in the first half of 2021 and, as of early September, completed a $10 million funding round at a valuation of $100 million. The token FWB soared from $17.69 to $190.69, an increase of 977%. In October, it received another investment from a16z. 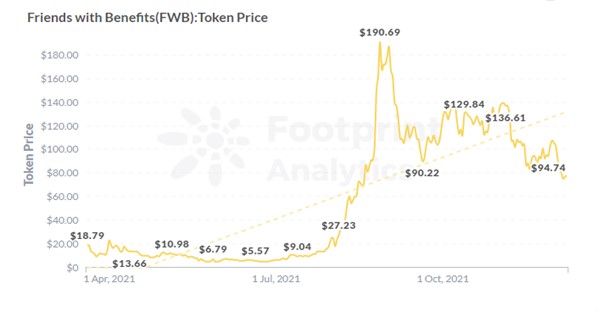 But Friends with Benefits isn’t the only SocialFi project that gained attention recently.

All signs point to SocialFi becoming the next hot category of blockchain projects, after DeFi, NFTs and GameFi.

But what is SocialFi, and what problem does it aim to solve? What projects are coming out and what are the big opportunities in space?

SocialFi, an abbreviation of “social finance”, refers to the combination of social networking and finance on the blockchain.

SocialFi has the characteristics of decentralization, openness and user control.

What problem does SocialFi solve

In the Web 2.0 era, the major social operators control the data of social users. They use the underlying social data to make profits, with little benefit to users.

Here are the main problems with traditional social media that SocialFi aims to solve:

Social media platforms collect and save as much user data as legally possible throughout their networks of platforms and from third parties, which then belongs to them. SocialFi hopes to leverage blockchain technology to make the collection of user data transparent and non-tamperable.

In general, social media platforms make money by selling ads based on their user traffic. The platform benefits from greater traffic and engagement in the form of billions of ad revenue, whereas the users receive only the benefit of using the platform.

Many SocialFi projects see these benefits as being unequal, and aim to find ways to allow users to monetize their social influence and use.

In traditional social networking, all account registration requires user’s information , such as cell phone number, email address, etc., which is stored in the operator’s backend and is highly vulnerable to leakage. SocialFi is based on blockchain technology, and the anonymous nature of user identity information helps to protect privacy and security.

What projects are available at SocialFi

Most of the SocialFi projects are currently based on token issuance, makes so-called social-tokens the core of these projects.

There are also different types of tokens. For example: 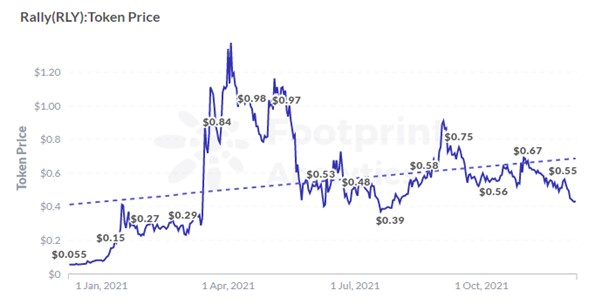 RALLY, a relatively early and well-known personal token distribution platform, focuses on reconstructing the relationship between creators and fans.

Creators can generate and issue their own personal tokens, Creator Coin, or they can directly mint NFT on RALLY for trading. Creator Coin serves as a qualification credential that entitles the holder to privileges, such as access to the creator’s private Discord community, purchase of specific goods, and more.

RLY, the native governance token for the RALLY platform, can be used to purchase Creator Coin and can be exchanged with any other token on Ethereum. RLY went public in April and peaked at $1.38 on April 3. Currently, RLY is available for liquidity mining at Uniswap and Balancer.

Fans interact with creators through RLY purchases holding Creator Coins from the creator, showing their loyalty and also bringing them closer to the celebrity. When the participation of both parties is high, RLYs will be distributed to the creators and fans as incentives.

Mirror.xyz, a content publishing platform that focuses on articles and NFTs. Articles (or Entries, expressed in Mirror.xyz) can be in the form of text, or embedded images, videos or NFTs. When you publish an article it automatically generates an NFT that can be used for trading, and the article is permanently stored on Arweave.

The platform currently supports publishing articles, crowdfunding, community voting, and auctions, but there is no token trading circulation at the moment.

Friends with Benefits is a new type of DAO with the governance token FWB. Originally founded as a server for token-gated Discord, it has grown into a Web 3.0 digital city with about 2,000 members.

The next step is to focus on expanding the scope of DAO in real life, working with communities in specific cities to bring real-world benefits to FWB members.

Audius, a decentralized music-based streaming protocol, focuses on transactions between musicians and listeners.

The platform governance token is AUDIO, which can be used for collateral, lock-in and community governance. It is already live on Binance, UniSwap and FTX.

The opportunities and challenges of SocialFi

Web 3.0 has already changed finance and is presently causing a revolution in gaming. It makes sense to ask how blockchain will disrupt social networking in the near future, and what challenges it will face.

Challenge 1: The monopoly of influence

SocialFi is essentially a manifestation of personal value, and this value is expressed visually in the form of money. For early entrants or celebrities who are very influential, this will somehow expand their monopoly on content creation, while for late entrants or less influential general users, their content is often difficult to be discovered.

Challenge 2: The value capture model needs to be improved

SocialFi currently has two main ways for users to earn revenue. 1. Create content and wait for rewards from followers.

The other is from the example of Write-to-Earn, similar to the concept of Play-to-Earn, which means writers can earn rewards through writing. This has high requirements for the algorithm mechanism, and will roll over if the platform is designed in an unreasonable way, such as Monaco Planet.