The advent of cryptocurrency and blockchain technology has spawned products and services in many industries around the world, improving existing functions and providing brand new ones. However, many otherwise novel projects fail to gain recognition due to a lack of usage.

Fortunately, cryptocurrencies provide a number of creative and unique mechanisms for projects to involve their communities. With an algorithmically generated cryptocurrency, or otherwise enforced via smart contracts, there is potential for networks to incentivize their users for worthwhile interaction.

This is known as “gamified participation”, where users receive coins or tokens for engagement at different levels of the network. Their activities can be leveraged to bolster the network and improve adoption. A symbiotic relationship forms, and everyone is better off for having been a part of it.

A History of Success

Once upon a time (otherwise known as “a few years ago” in the fast-moving crypto space!), ecosystems that revolved around gamified participation were quite common. Online casinos and video games that utilized Bitcoin often offered generous faucets for playtime and hefty referral awards. Before the space exploded in 2017, users could accumulate significant sums of BTC simply by taking advantage of giveaways and freebies.

Beyond that, engagement in the form of bounties and microtasks were also heavily incentivized. Users were well-rewarded for a variety of useful activities, including expand their communities through marketing tasks like referrals and forum signature advertisements or by improving protocols via bug finding and squashing.

When the first wave of major altcoins came on the scene, many took this incentivized participation a step further, building infrastructure specifically to reward community members for various tasks. Dogecoin, for example, found a way to incentivize everything, awarding DOGE to community members for everything from social media posts to meme creation, or better yet, just because.

Beyond Dogecoin, various gaming altcoins saw success with their rewards programs. Back in the day, gamers accumulated Digibyte via gameplay when they linked their accounts to popular PC games like League of Legends and Counterstrike. Hyper took a similar approach, instead opting for payouts on the likes of Team Fortress 2. Perhaps the most novel approach was seen from Huntercoin, a simple blockchain MMO were block rewards were dispersed directly into the game world. By playing the Huntercoin MMO, players were competing over large amounts of HUC tokens.

The cryptocurrency space saw an irrevocable change in 2017, with an explosion in investment and popularization of the nascent tech. This brought huge benefits, but also unexpected consequences. One of these was that gamified participation largely fell out of favor.

Partly this was because individuals caught onto the fact that community members from 2016 and before were now sitting on thousands of dollars in crypto wealth accumulated simply from participation. A subset of bounty hunters emerged, sweeping through community rewards motivated solely by profit.

With artificial engagement by bounty hunters, projects no longer saw the same growth as they might have with dedicated members. As a result, many abandoned gamified participation models, instead offering more rigid mechanisms for network growth like masternodes or paid partnerships with industry counterparts.

It seems projects can’t incentivize community growth as they once could, and loyal community members can’t see the same earnings faced by competition from career bounty hunters. To make gamified participation work in the modern crypto space, more creative methods must be employed that can weed out unaffiliated hunters.

While most projects have largely moved away from the likes of giveaways and bounty campaigns, several players have been able to grow massive communities with novel implementations of gamified participation.

One of the most prominent examples is Steem. Steem powers the Steemit social media ecosystem, the first blockchain-based social media of its kind. A portion of each block mined is pooled and paid out to users for activity on the network: creating content and voting for and against the content created. Using this approach, the network has expanded immensely to over a million unique accounts and hundreds of thousands of daily visitors.

Brave has found similar success through their BAT rewards programs. Brave is a privacy-focused web browser with an integrated BAT wallet. Rather than being forced to view ads, Brave users earn BAT when they opt-in to give their attention to advertisers. They also accumulate BAT as they block ads, which they can tip to publishers or cash out. Brave has seen significant adoption on the tunes of tens of millions of downloads.

While these projects’ strategies have been effective in building their audiences, neither are perfect. Pre-existing user funds play a big role in the voting weight and earning potential of Steemit, pricing out a majority of potential users. And because Brave’s earnings program is so expansive, it needs to keep earnings low for logistical reasons; it’s not sexy, but the numbers need to add up.

Many of the first wave of products and services from the 2017 craze have now launched, but are failing to bring in users. So is gamified participation dead? It’s too soon to tell: the core idea is still solid, and adopting unique and impactful methods of sharing gamified participation can make the road to adoption much smoother.

One creative approach is currently playing out through a lesser known privacy coin, Stegos. In order to propagate the network and build the community, a portion of every block is pooled as a “validator award”. Separate from staking rewards, the validator award is distributed in full as a lump sum to a random node when a certain pattern is found in a new block. Validator nodes are lightweight nodes that can be ran from a smartphone. This is a core component of the coin’s gamified Proof-of-Stake (gPoS) consensus mechanism.

The team is planning to expand this validator reward system further with inspiration from the UK’s premium bond system. The bond system is essentially a no-risk monthly lottery where one bond equals one entry, and millions of prizes are awarded, from £25 up to £1 million. In a similar vein, the validator award might expand to a daily, weekly, and monthly prize, increasing in value significantly.

This approach is interesting because it embodies the huge earning potential without pricing out community members, and also procures a worthwhile service to support and build the network.

Stegos is currently doubling down on this gamification approach, with a two-tier bounty and hackathon which combines old-school bounty tasks with a hackathon running directly on their testnet and moderated by a Telegram bot which regularly issues new tasks, awards and announcements. It’s just been extended by two weeks, so there’s still a chance to check it out and see if they succeed in revitalizing an approach which many projects have abandoned.

Leave a Reply to Michaela Nováková 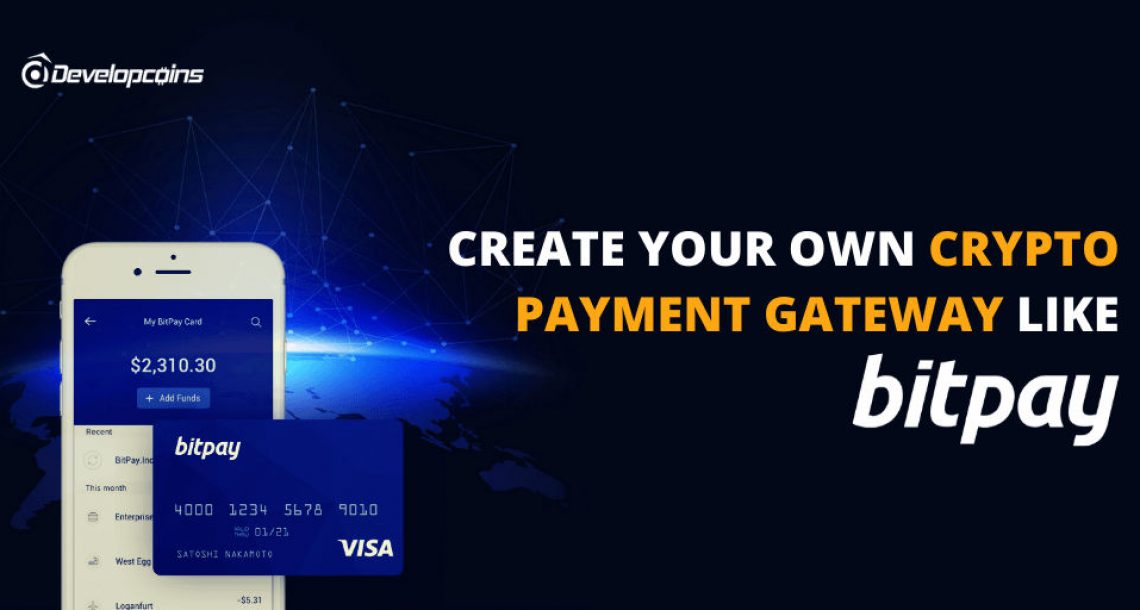 How to Build Your Own Crypto Payment Gateway Like BitPay? 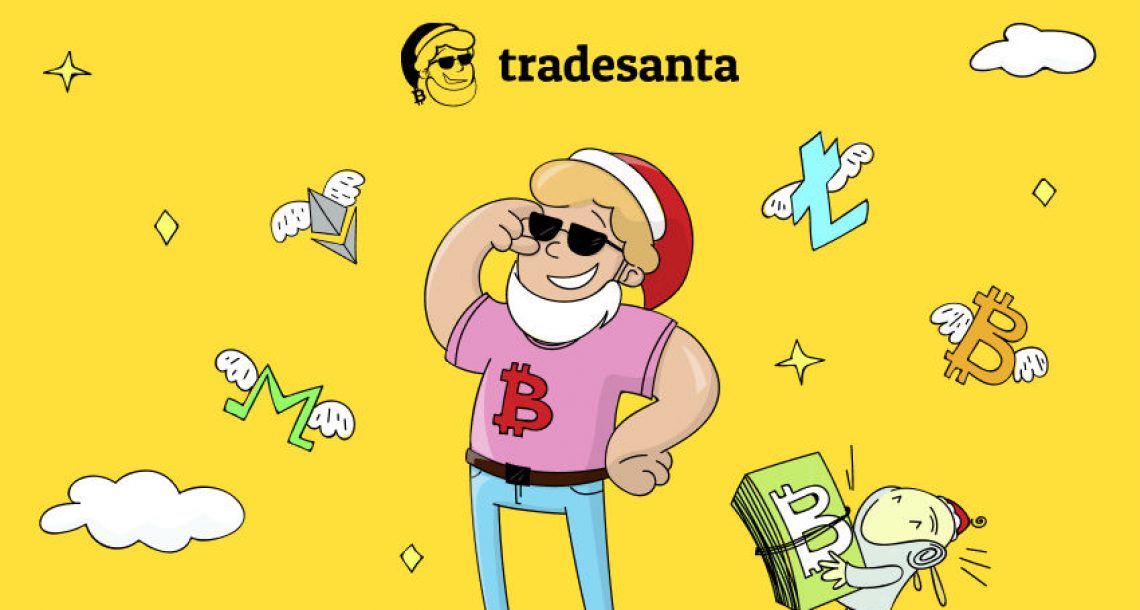 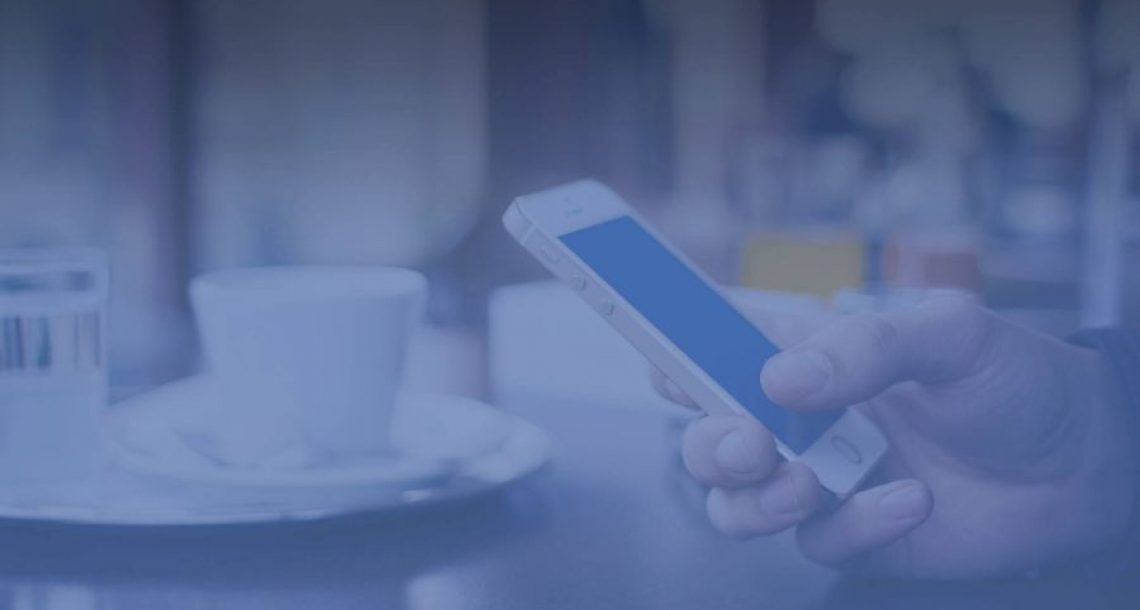 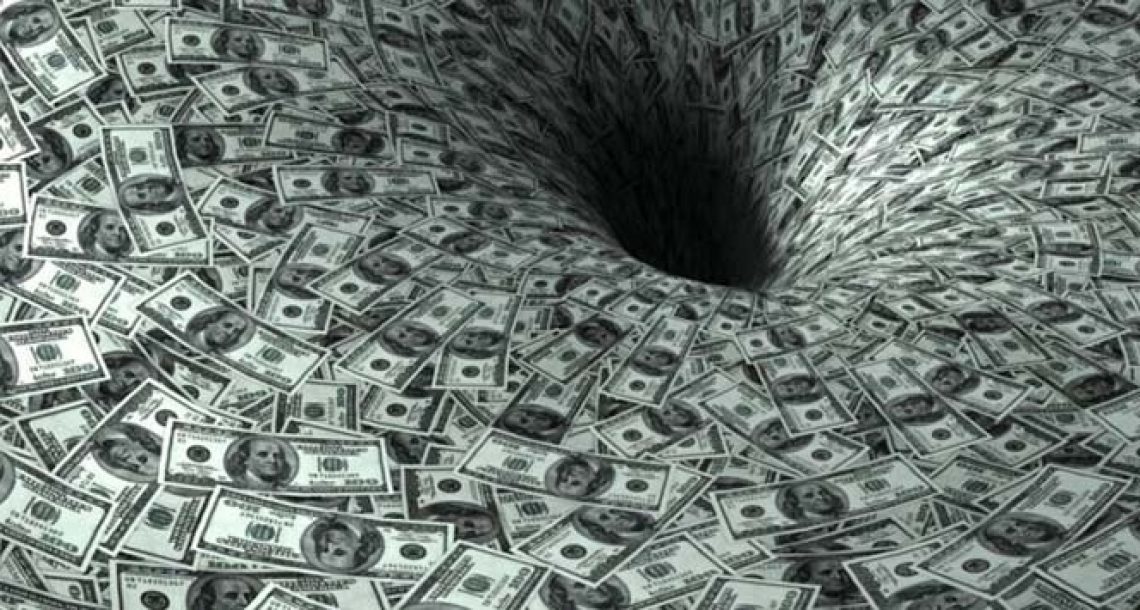 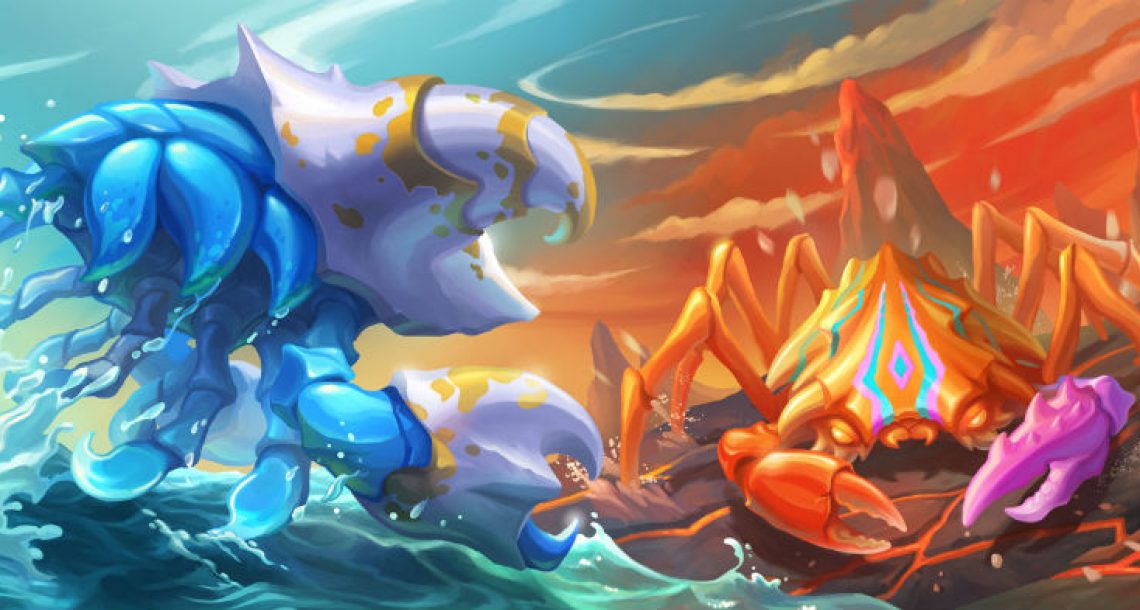 Q1 2020 Updates coming to CryptantCrab, Blockchain Game with Crabs that you can Mutate and Battle 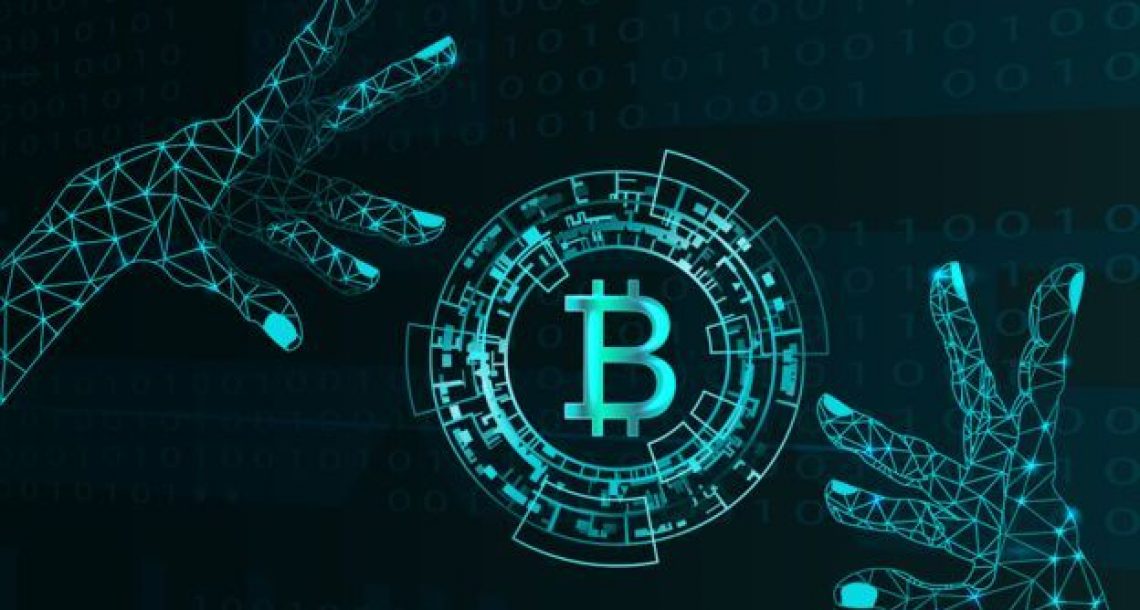 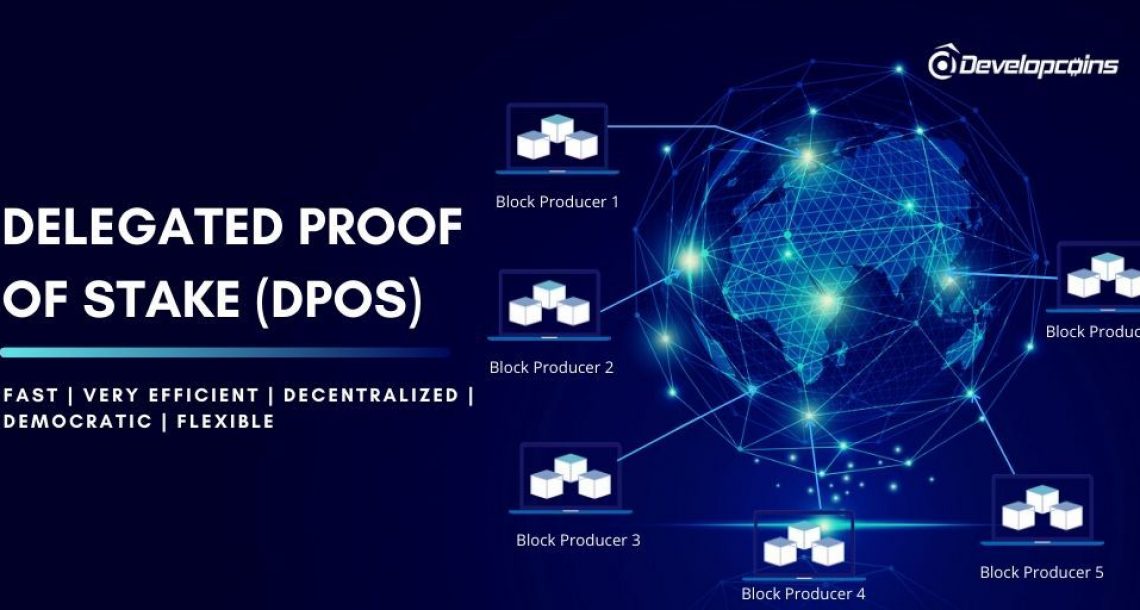 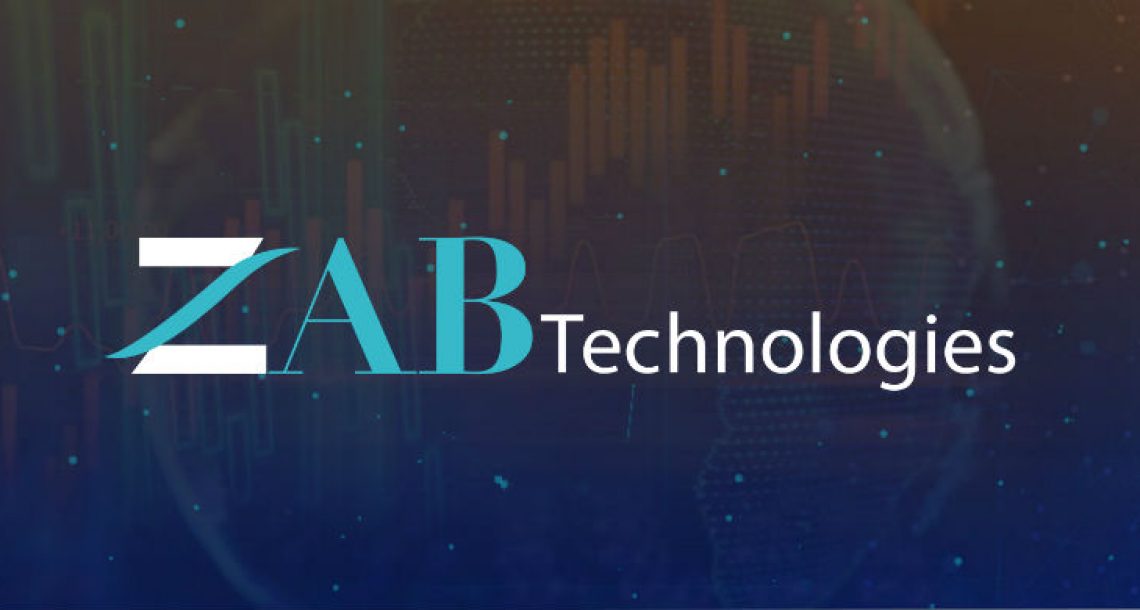