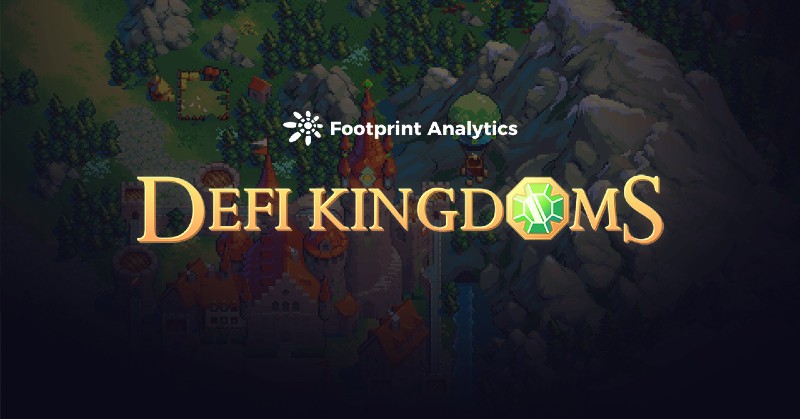 In addition to a good infrastructure, a blockchain needs various qualified projects to grow, and Harmony is an example of a chain with at least one highly promising game in its ecosystem.

According to Footprint Analytics, Harmony currently ranks 21st in TVL for blockchains. Its TVL rose 529% in just one quarter to $753 million as of Dec. 26, in large part due to the popularity of  GameFi project DeFi Kingdoms (or DFK), which makes up 50% of Harmony’s TVL.

Harmony even surpassed Ethereum and BSC in terms of volume in the GameFi sector in the last 7 days. Ronin, an ethereum sidechain built specifically for Axie Infinity, and WAX, a gaming-focused chain, also failed to outperform Harmony. 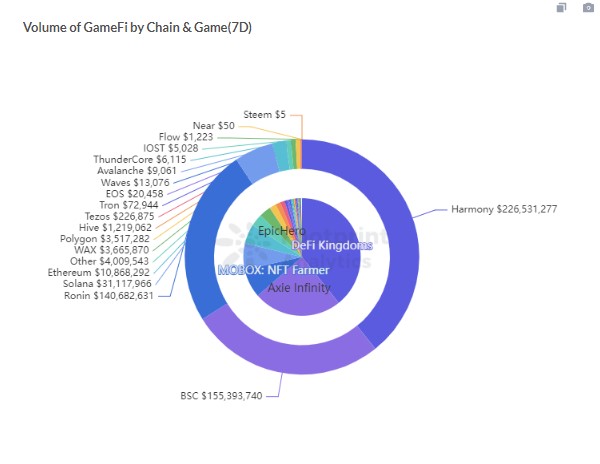 Harmony: Fast Off the Starting Block

Harmony, whose mainnet went live in June 2019, aims to build a highly scalable, secure and low-energy chain based on a sharding architecture. Footprint Analytics explored how Harmony plans to overcome the challenges other projects have faced with sharding technology in Will Harmony Be the Next Chain with 10x Growth?

Harmony’s active GameFi projects are DFK and Freyala, with DFK accounting for 98% of their TVL. 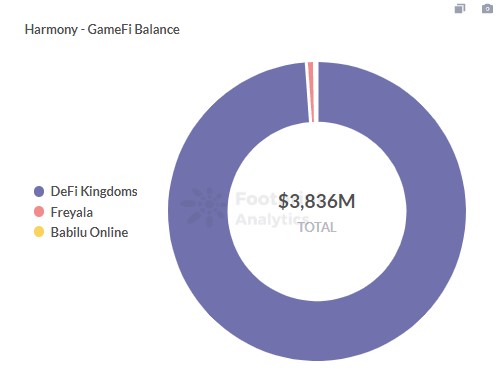 While Axie Infinity has been the benchmark for GameFi projects and once led the industry with its play-to-earn model, DFK has outperformed Axie Infinity in terms of volume for 10 days in a row starting Dec. 17.

What exactly is DeFi Kingdoms?

DFK, a play-to-earn game launched on the Harmony chain on Aug. 23rd, is a nostalgic pixelated kingdom containing games, DEXs, liquidity pools and NFT marketplaces. The team aims to blend elements of DeFi into a more fun and synergistic game that can be played like a game with daily quests to upgrade to increase rewards and collect rare NFTs. 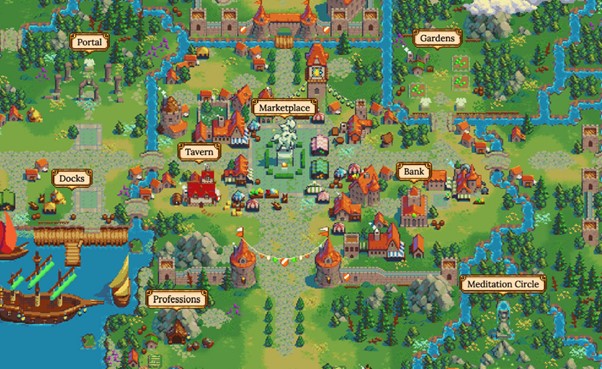 DFK is a heavily DeFi-centric project at this point, with a much emphasis on in-game clothing. The development team announced it is planning more interesting modules in the future, such as lands, pets, buildings, equipment, guilds, PvE  Player versus Environment) and PvP (Player versus Player).

How DKF Combines Gaming and DeFi

DFK gamifies functions one normally sees on an exchange such as Uniswap by tying them to different locations in the kingdom, thereby making DeFi investing more fun.

Players can add liquidity to make LPs to earn fees from other users when converting tokens and mine the platform token, JEWEL. 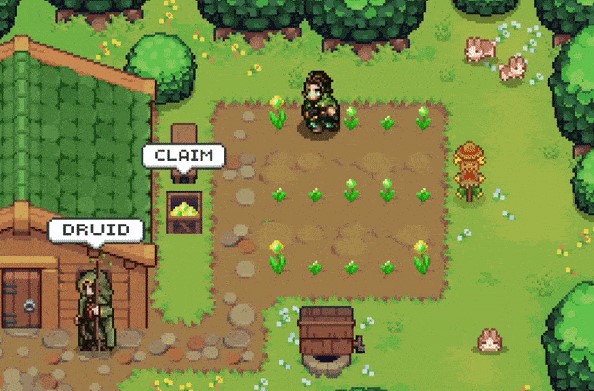 JEWELs  can be harvested in two states, Locked and Unlocked. The number of JEWELs that can be unlocked increases over time. The amount of JEWELs unlocked and locked depends on the “epoch”—or collection of blocks—the reward belongs to. Each epoch has 302,400 blocks, and if each block has a speed of 2 seconds, it would take one week to unlock an epoch.

When a user wants to remove liquidity, DFK will charge a withdrawal fee based on the length of time held. The minimum fee will be 0.01% for deposits over 4 epochs, and the maximum fee will be a 25% slashing fee for withdrawals within the same block, stated in the official docs.. Withdrawal fees and locked rewards are built in to help DFK retain its value rather than become purely a vehicle for speculation.

The Bank allows users to stake currency. Users can stake a single token, JEWEL, as a voucher to receive xJEWEL. JEWEL is used as the primary token for in-game daily transactions, and xJEWEL as the governance token will have access to community airdrops and other rewards.

The Bank’s revenue comes from one-third of the user’s transaction fees in the game, so there is no fixed APY and there will be more revenue when the game releases important events. After depositing JEWEL, the ratio of JEWEL to xJEWEL will keep increasing, so that when users take JEWEL out of the Bank, they will always receive more JEWEL than when they put it in.

Besides DEX-related elements, NFT “Heroes” are a central part of DFK, where they serve not only as NFT collectibles, but also as a way for users to earn more JEWELs. IN the future, DFK gameplay will revolve around Heroes.

Users can buy, sell or rent heroes in Tavern, summon Heroes in the Portal, do quests in the Wishing Well, and level up heroes in Meditation Circle.

Heroes can be categorized by genes, rarities, professions and ranks. Different heroes receive different rewards when performing activities, may harvest different levels of NFTs and JEWEL, and can also level up their characters.

There are 4 tokens currently in the game.

ONE is a native token of Harmony and is mainly used to pay transaction gas fees. Without ONE, it is impossible to perform any activities in DFK, and a fee is paid when selecting the avatar and name at creation.

It is the primary token of DFK and is used for most in-game transactions, such as purchasing Heroes, equipment, props, etc. It can be gained through liquidity mining or directly through swap.

xJEWEL is the governance token of DFK, obtained by staking JEWEL in the Bank.

A certain number of DFKTEARS are required to summon a Hero, which can be obtained by quests at Wishing Well or by directly swapping.

With the rise of DFK, the price of the primary token JEWEL has gone up to about $14. The price of DFKTEARS has plummeted to just $0.05.

DFK has grown to over 20,000 users as of Dec. 26, just 4 months since its launch,  according to Footprint Analytics. 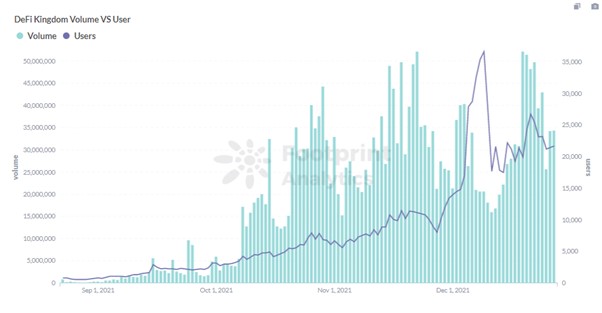 The playability of a game-focus project is the key to keep gamers stay. For DFK, its nature of DeFi can achieve this goal.

Every transaction on the blockchain needs to consume gas fees so that there will not be a completely free game like the traditional game, at this time the GameFi has been inseparable from the financial properties. GameFi’s imbalance at either end of the Game and Finance will not support long-term growth.

However, the developers of DFK are hard at work iterating on new game elements to enhance gameplay, making the project less like a gamified DEX and more like a traditional RPG. If they succeed, the project looks to have a promising future, as does Harmony blockchain which hosts it.