How Much Can Lightning Help Upgrade a Crowded Blockchain?

With blockchains facing scaling issues depending on their make up and governance, as well as their popularity, some, like Litecoin, have implemented the Lightning network as a way to address overcrowding, which leads to slow and expensive transactions. Scalability has become a byword with the success of certain cryptocurrencies as their popularity leads to the need to function with more and more users. Bitcoin, as blockchain’s popularity has grown, has had its own demons to fight when it comes to scaling.

The democratised network, with its decentralised nature, tackles these difficulties in a manner which requires consensus from a majority of users, miners, or nodes. This is known as blockchain governance, and is often difficult to get right and to reach sufficient consensus. As such, the direction in which Bitcoin evolves is totally determined by those who are vested in it. Bitcoin has wound its way through a number of directions, flirting with being a store of value – a digital gold as described by Cameron Winklevoss, one of the twins who claim to have dreamed up Facebook before Mark Zuckerberg – and a functioning currency.

The Crowding of The Network

Recent changes, which began in earnest on 1st August , 2017, have been driving Bitcoin away from being a viable alternative to fiat currency and central banking as the interest has risen along with the crowding of the network. This crowding has led to Bitcoin struggling to handle the number of transactions that are occurring on the network, which in turn has led to fees averaging around $20 and speeds slowing to over 20 minutes for a transaction.

A lot happened on 1st August for the entire Bitcoin community. Not only did the currency fork off to create Bitcoin Cash, a blockchain that allowed bigger blocks in order to solve the scalability issues, but SegWit was also pursued for the original blockchain as its solution to the scaling issue. However, the problem has not been fully solved for the original blockchain as even more adoption has led to the network filling up further.

“If only two parties care about a transaction, it is not necessary for all other nodes in the Bitcoin network to know about the transaction.”

The idea being: “If only two parties care about a transaction, it is not necessary for all other nodes in the Bitcoin network to know about the transaction,” as it was outlined in the Lightning Network white paper.

The Network was founded by Joseph Poon with the help of developer Thaddeus Dryja, both of them penning the white paper. Dryja was a PHD candidate studying cryptographic primitives and network security at the University of Virginia. Poon has been involved in the Bitcoin space since 2011 and indulging in its research and development since then. In February of 2015, he publicly introduced the first Lighting Network concept to the Bitcoin community. 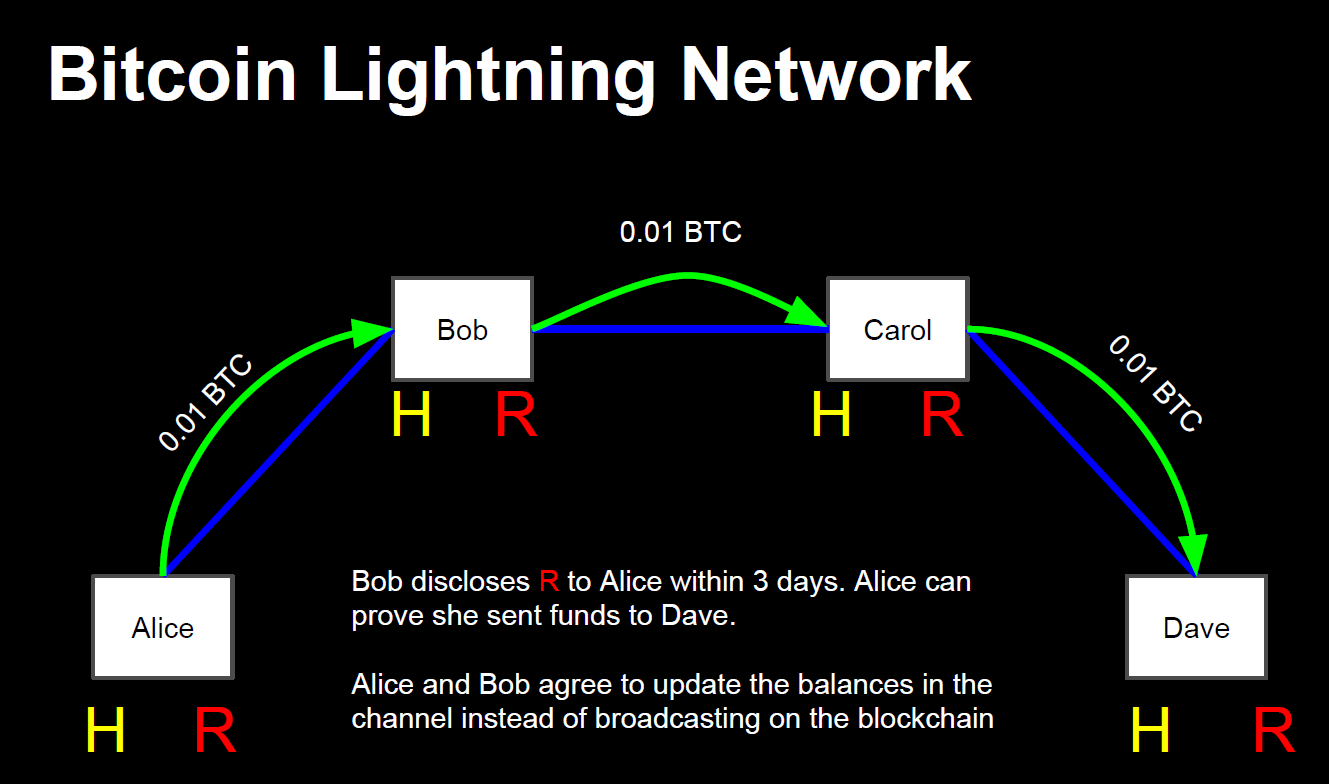 The Lightning Network will use a Hashed Timelock Contract between two parties, and as such,  it can enable a deferral of broadcast of the transaction to the Blockchain network. Simply put, this greatly speeds up the transactions. There is still protection for fraudulent payments as if the transaction is not broadcast within the timeframe defined in the contract, then it is considered null and void.

As it sits, Bitcoin is not suitable for micropayments as fees can easily outstrip the value of the transaction. Yet, this has not deterred investors who have actually flocked to the digital currency as an effective store of value and a growing asset.

Bitcoin’s designation flipped towards being a digital asset and an effective store of value as its price rose following the chain split. SegWit2x then failed and in doing so its original purpose as a revolutionary currency was put on the backburner. 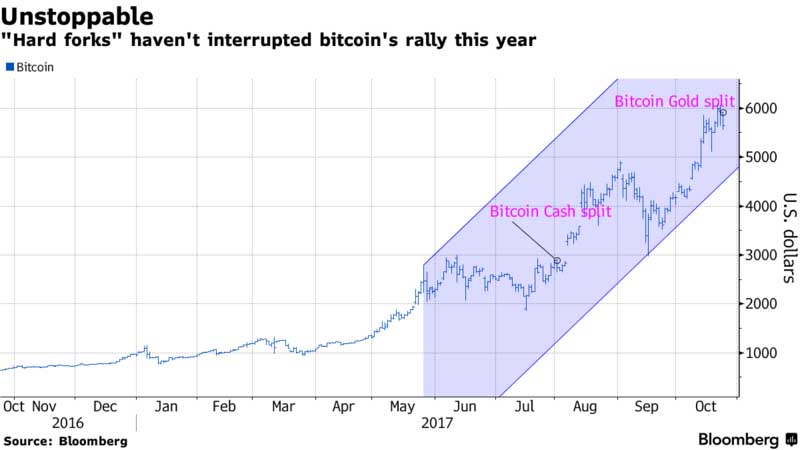 Bitcoin to Redefine Itself, Again

Now, there is a potential for Bitcoin to redefine itself again, while still holding onto its ability to be a popular digital asset. Bitcoin, with the Lightning Network in tow, suddenly makes it a coin with two faces. It continues to be an asset, but also an asset that can be spent.

Bitcoin has been under siege by altcoins who propose being able to solve the issues that some users have felt as time has gone on. Bitcoin Cash was a fork that was aimed to be a direct competitor for Bitcoin which was, according to supporter Roger Ver, “Not an offshoot of Bitcoin but it’s the original Bitcoin with the original functionality restored,” he tweeted.

However, if this update takes place, Bitcoin could potentially right the supposed wrongs that have been leveled at it, adding its original string back to the bow which already has another strong string in its ability to store value.

Still, with the community in charge of Bitcoin’s direction, there is not full support for this latest update. The most obvious groups that are against such an upgrade for Bitcoin would be those who already claim to have cheap, and quick, transactions on their altcoins – such as Roger Ver.

The #LightningNetwork is just a Rube Goldberg device to solve a problem that never actually existed in the first place. pic.twitter.com/a8t1PpEjC7

There are a host of other altcoins that exist simply to beat the Bitcoin backlog of slow transactions and expensive fees. However, they could turn obsolete as Bitcoin could again compete in these areas, with far more liquidity.

Additionally, miners are the ones who profit from higher fees as they are the ones setting the fees and enacting the on-chain transactions. According to OnChainFX, Bitcoin miners collected $11,509,422 in transaction fees in a 24-hour period at the end of last year.

Seemingly the case again will be the users vs the miners when it comes to making a decision on the implementation of the Lightning Network. The benefits it brings to the users is significant as it allows the most popular and liquid of the cryptocurrencies to become more than just one thing.

“It might take a bit of time before it matures, but Lightning is not just a marginal improvement over what Bitcoin is already doing. It unlocks new things that will now be possible.”

Nicolas Dorier, one of the Bitcoin Core contributing developers, sees Lightning as something that can not only help broaden a blockchain’s function, but it can bring in new things never thought possible.

“It does more than bring back its ability to function as a currency, it enables new things that weren’t possible before,” Dorier explained. “Atomic swap on Lightning allows people not trusting each other to exchange crypto in a real time way, it also enables real micro payments. The fact that payments are instantly cleared has far-reaching consequences. It might take a bit of time before it matures, but Lightning is not just a marginal improvement over what Bitcoin is already doing. It unlocks new things that will be now possible and were not possible before”.

Peter Todd, a well-known Applied Cryptography Consultant, has honed in on the way in which the Lightning developers are trying to build this second-layer payment protocol that operates on top of a blockchain. “The Lightning devs are focusing on a completely decentralised Lightning network. That’s a hard job, so I suspect we’ll see people come up with attacks against it for a variety of reasons; focusing on a more centralised hub-and-spoke model would have been much easier,” Todd expressed.

“Regardless of what happens, Lightning will enable cheaper payments, it just might not happen the way people wanted it to. But in my opinion, that’s not really a big deal.”

“By attempting to build a robust decentralised scheme first, you end up with a protocol that’s more than capable of working in a more centralised model. So regardless of what happens, Lightning will enable cheaper payments, it just might not happen the way people wanted it to. But in my opinion, that’s not really a big deal. Centralised hub-and-spoke payment channel schemes are a much better alternative than centralising the whole system.” 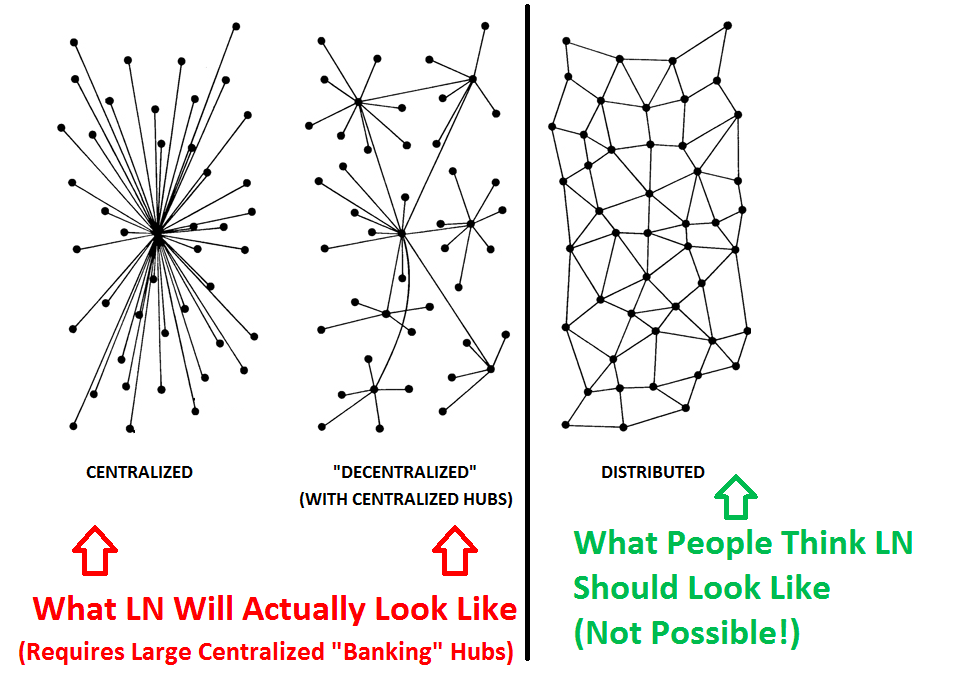 Bitcoin could essentially return to its primary function, as expressed in the white paper, to be a peer-to-peer electronic form of cash, all the while retaining its achievements as a popular store of value, asset, and investment.

13 Million Bitcoin Users is a Crowd

If twenty seconds is a long time, twenty minutes is a lifetime. We now live in a world where almost instant transactions are simply a fact of life, something we take for granted. So how can Bitcoin fulfill its promise of being a truly pervasive payments system if it refuses to adapt and remains so shockingly slow at transacting?

Thirteen million users really isn’t all that many when you think in global or even national terms.

To get a better idea of the scale of the problem, we have to look at what the competition is already achieving today. In April of last year, more than 416 million contactless card payments were made in the UK- almost 14 million each and every day.

In its current state Bitcoin is nowhere near ready to compete, as the vast majority of users simply won’t accept anything less than instantaneous payments. If Bitcoin really is to gear up for mainstream adoption, Lightning’s reduced latency and improved liquidity are going to be an essential part of that process.