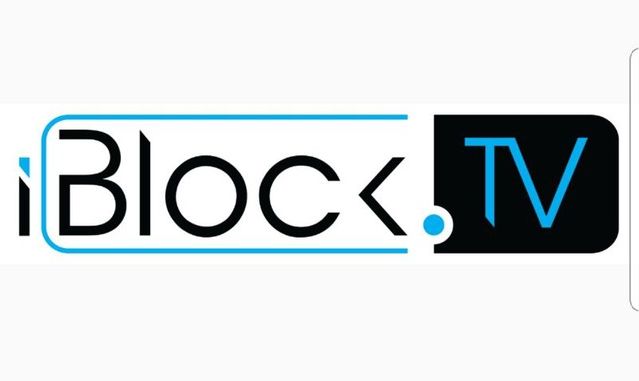 In the past six months or so, we’ve seen ICOs go from the hottest thing in fundraising to persona non grata. In the wake of numerous scams and a staggering failure rate for the blockchain-based projects funded by ICOs, the cryptocurrency industry has turned its attention to rebranding, whether to focus on security tokens and STOs, or to experiment with hybrid models that embrace the idea of the ICO, but with more protections in place for investors.

But where does this leave the entire industry of websites, YouTube channels, social media pages, and more, all dedicated to reporting on ICOs? In the case of ICO TV, the new year served as the perfect opportunity to rebrand with an eye towards the future of cryptocurrency and the blockchain. The platform previously known as ICO TV has announced their new name and brand, iBlock TV.

Founder Dushan Spalevich believes this rebranding will allow iBlock TV to reach a broader audience. With less of a focus on the utility token based ICOs, iBlock TV can provide their audience with information on security tokens, blockchain technology innovations, and other topics of relevance for the cryptocurrency community.

Will other platforms follow suit? As investor sentiment turns away from ICOs, and projects try on new acronyms like TGE and POTS, alongside the growing interest in STOs, those who built their identity around STOs may find themselves losing their audience. Now may be a good time for a new name and a new identity for other industry leaders, to embrace the growing and changing nature of the cryptocurrency industry.

Q: What was your thought process behind the choice to rebrand?

A: I started to consider rebranding already in the middle of 2018 when the STO stampede took off and everyone started to talk about dead or dying ICOs. But I was hoping that the term “ICO” would remain as an umbrella term for all coin offerings, including STOs and all the other new ones: TGE, ITS, IICO, and one of the freshest ones IEO (Initial Exchange Offering). At the end, I realized that ICO is forever going to be associated with utility token sales, which is just one part of the coverage of our channel, as we cover all blockchain and tech startups. In addition to that we decided to enlarge the scope of our content in 2019, and therefore we productively used the New Year holidays break to brainstorm and came up with the new brand name iBlock TV.

Q: What sort of new content can viewers expect from iBlock TV in 2019?

A: Before we were focused on interviews with founders and executives of blockchain and tech startups.

New content will include videos where I will share my own experience, and founders of startups should find the latest insights and useful tips that will help them navigate this turbulent market and save money.

Also, I will invite VC funds, service providers, and influencers for interviews, as they are all important players in the startup ecosystem.

We will visit different conferences, but this year we will increase our presence at meetups as I think that meetups are one of the trends for 2019, given the shift away from crowdfunding in the recent months.

We will also cover events where I will be a speaker or moderator.

To sum up, we will do our best to provide exclusive content as a leading blockchain startup growth channel.

It will be fun!

Q: You interviewed around 250 people in the blockchain industry last year. What was your main takeaway from talking with so many thought leaders and company founders?

A: First, I found out that this industry attracted a lot of intelligent, knowledgeable, fearless people that in a way started to create a foundation for a new borderless society of the future,  where the first question is not “where are you from?” but “what you do?”

These people work or are available 24/7, they send commercial offers and do business in messengers like Telegram or WhatsApp, they travel all around the world and they don’t understand why they should go to a bank as they can do everything from a smartphone. Their work is their hobby. You can definitely feel it.

Second, I learned that these guys (founders) think beyond boundaries, are creative, and existing system or solutions are not a rule for them. They have the courage to offer something new to the world that is different from the old.

Their ideas change the world and speaking to them is definitely inspiring.

Q: Do you have any predictions for the blockchain industry in 2019?

A: Yes! There is more to come. Stay tuned!