Impact of the Supreme Court Judgment on Bitcoin Price in INR 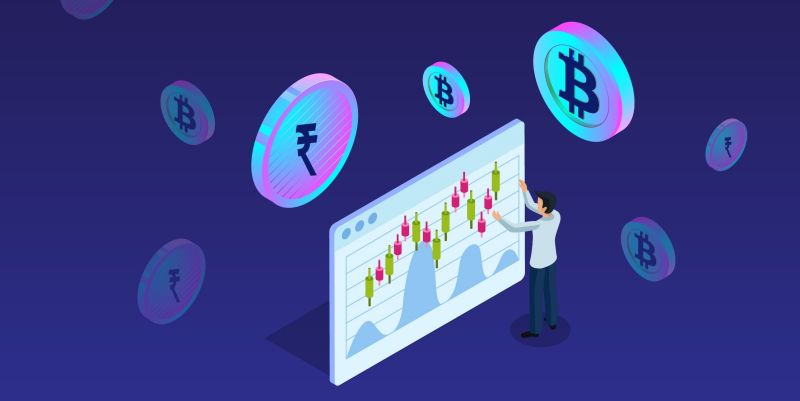 Bitcoin is the most popular cryptocurrency since its launch in 2008 by a group of people who goes by the name Satoshi Nakamoto. It is a digital currency, a decentralized system that records transactions in a ledger called a blockchain. Cryptocurrency exchanges have been growing ever since the Indian Supreme Court lifted the banking ban imposed by the Reserve Bank of India.

You can participate in buying or selling of BTC through cryptocurrency exchange platforms or through peer-to-peer exchanges. There is also a system of acquiring Bitcoin through the process called mining. In the process of mining Bitcoin, a miner runs complex computer work to solve the complicated coding puzzles in an effort to confirm groups of transactions called blocks, then those blocks are added to the blockchain record and in turn, the miner gets rewarded with a small number of Bitcoins. However, when it comes to selecting the simplest method for acquiring this popular digital asset in India, going with cryptocurrencies exchange are always better options than others.

But, have you ever thought what motivates users or investors to choose one crypto exchange over others? Well, apart from the services offered, one of the main factors why a user chooses one exchange over another is the fee structure that is being charged by the cryptocurrency exchange platforms. It has happened that due to the popular demand on social media, several crypto trading platforms have lowered their fees to attract the investors.

Impact of the Supreme Court Judgment on Bitcoin Price in INR

Currently, Bitcoin pricing in INR is around 7 lakhs. Some cryptocurrency trading platforms have already been focusing on offering competitive fees to their users. Bitcoin pricing has become a widely discussed topic in India after lifting the ban by the Supreme Court in March 2020 that was notified on virtual currencies by Reserve Bank of India in April 2018. With this lifting of the ban by the Supreme Court, people are once again likely to look for opportunities to have their investment in Bitcoin. Though there has been some confusion over the constant rise and fall in the pricing of Bitcoin in INR and USD. Optimistically, many look at it as an opportunity that could provide them with better returns in the coming years than is possible with the conventional financial investment. In such scenario, it becomes important to always have the knowledge of the value of the currency that people are interested to invest in.

Nowadays, buying and selling Bitcoin with INR is as simple as 1, 2, and 3. There are many platforms available like PCEX Member where you can buy and sell BTC with INR using your credit card, debit card, net banking, bank accounts, and even UPIDs. It’s true that there is no regulatory body available today to handle the trading of cryptocurrencies like Bitcoin. However, cryptocurrencies have covered a long distance since the start of its journey and it is surely going to flourish in the future as well.

PrevPreviousTaking the cryptic out of crypto
Next7 Types of Cryptocurrency WalletsNext