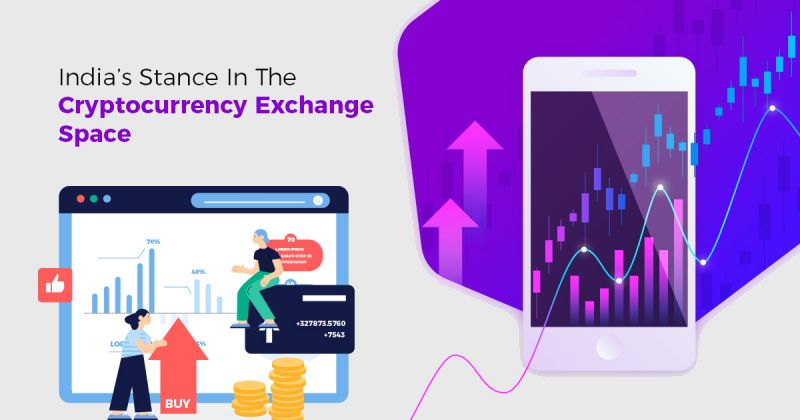 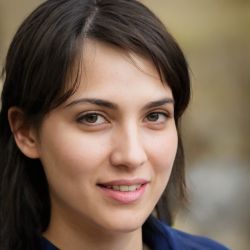 India has always been placed in a different market that stands apart from the rest of the world. The spread of the market is so erratic that you cannot put all the Indian shoppers into a finite number of personas. Indian consumers are, at large, known for looking at value for money but at the same time, and it is also the home to some of the most expensive residences.

This is one of the reasons why India is one of the cheapest countries for Internet data. Quite a lot of revenue comes from advertising because of its sheer population and the technical exposure of an average Indian citizen. This presents a whole new perspective for cryptocurrency in India. Cryptocurrency is not completely legal in India, and it cannot be used as an instrument of transaction. However, cryptocurrency has made its entry into India because recently, the Supreme Court  lifted the ban imposed by the Reserve Bank of India on cryptocurrency usage.

What are Cryptocurrency Exchanges?

A cryptocurrency exchange is a platform that helps connect people who want to buy, sell, or trade cryptocurrency. It is a software, and in most cases, an application with a web-based interface for  buyers and  sellers.

India’s Stand on the Crypto Space

On 4th March 2020, the Supreme Court of India struck down the ruling by the Reserve Bank of India, placing on the forefront the freedom guaranteed by the Constitution of India to engage in any legal business.

The timing of the Supreme Court ruling coincided with the lockdown of the country of a billion people within the next 15 days. This opened up a considerable degree of uncertainty for other businesses, traditional stocks, and investments. The pandemic caused many people to hedge their investments on something immune to the economic uncertainties, and nothing fits the bill better than crypto exchanges and assets!

There has been a sudden boom in the extent of activity on crypto exchanges from users in India. WazirX, an Indian exchange that was acquired by Binance in 2019, saw a jump of 400% in its activities after the supreme court order, and it further grew by 2X in the month of April 2020.

Another exchange based out of Bangalore, the Unocoin, saw a 1000% increase in the trading volume ever since the ban was lifted. The founder of Unocoin has said that there has been a steady sign-up of over 1000 users on a daily basis on these exchanges and that people are trading in multiple currencies, including but not limited to Bitcoin, Ether, and Ripple.

Some exchanges like CoinDCX that started only in 2018 have claimed that their trading volumes have increased at least by 10X. Paxful, India’s P2P exchange reported that there had been an 883% increase in the bitcoin trading volume from India. This translates to a growth in trade value from $2.2 million in 2019 to $22.1 million in May 2020. The new users saw a steady increase of about 28% in the second quarter of 2020.

It is not just the Indian exchanges that are experiencing the surge, but even global exchanges. They have seen a sudden influx of traffic from India. Okex has revealed that the visits from India increased considerably, reaching an all-time high of 545.6% increase in Indian traffic. This also meant that the number of new users from India on Okex grew by a staggering 4100%. Zebpay, another local exchange, has also reported a tremendous increase in traffic and activity.

The relaxation of the business-tightness because of the Supreme Court’s ruling has also catalyzed the creation of new cryptocurrency exchanges in India. Exchanges like Paxful have warmly welcomed this move, calling this transformation as the shot in the arm required for India and Indians to actively participate in the global crypto community, and it was also quoted that it will bring a lot of innovation in addition to the steady growth that the Indian crypto market is already experiencing.

The CEO of Paxful has also clairvoyantly quoted that the legalization of cryptocurrency exchanges in India will open up new avenues for financial inclusiveness and fiscal independence, especially among the young Indians who have been quick to embrace global technology without inhibitions.

The coronavirus crisis has slowed down the world in every possible dimension – business, travel, and a lot more. In all of this, the crypto business section has been flourishing steadily, leave alone sustaining or surviving. Since a lot of people have been confined to staying at home, and have brought into the threat that the traditional markets have entered into a territory of uncertainty, and the crypto world is their escape-hatch through hedging. The above point is strengthened by the fact that almost all asset-classes like real estate and equity have steeply declined in their value, with gold being an exception.

India has been in the limelight for passively dubious reasons. The former Finance Secretary of the country has explicitly stated that the Indian economy is expected to contract this fiscal year, at least by 10%. Even the global rating agency CRISIL has stated that India’s worst possible economic recession is just around the corner. An almost similar prediction has been made by Goldman Sachs as well.

Given all these circumstances, it can only be agreed that the ‘butterfly effect’ is working in favor of Indian crypto enthusiasts. They were denied the privilege to participate in crypto exchanges when the market was nascent. Most crypto traders believe in short-term spot trading and not in long-term investments. It would mean that they don’t purchase a crypto asset, expecting its price to grow by 20X in 5 years. Rather, they expect its price to increase by 1% or 2% within 48 hours and reap profits out of it.

Indian crypto investors can learn from the mistakes of their international counterparts, and make proper and calculated investments and trades on cryptocurrency exchanges.

Is the Ecosystem Ready?

While the Supreme Court of India has ruled in favor of cryptocurrency exchanges in India, the question of whether or not the banking ecosystems are ready remains in the territory of doubt. The RBI has not stated anything with regards to banks being ready to process cryptocurrency and sending fiat funds to businesses that operate in the crypto territory.

There hasn’t been a push from the Government of India either, as the Govt. machinery is busy in handling the COVID-19 crisis. However, the key people in the crypto exchange world are quite confident that the Reserve Bank will amend its rules to accommodate all cryptocurrency exchanges as a valid form of business, and will recommend that banks soon accept them as proper businesses.

They have also added that banks will capitalize on this growing business opportunity, and will take a cue from the moves of global leviathans like IBM and JP Morgan. This relaxation of the Supreme Court of India, it is predicted, will also pave the way for cryptocurrency to be regulated.

India has suddenly grown in terms of acceptance of cryptocurrency exchanges, and in the magnitude of participation with an unprecedented skyrocketing of Indian users globally. However, the attitude of the legal system in India towards cryptocurrencies has been lukewarm at best. The Government still mandates that no user can privately hold, trade, or create new cryptocurrencies.

This chasm between the acceptance of the currency as a transaction method and the business of exchange as a valid means of making a profit needs to be addressed. If India can handle this crisis with deftness, it is quite possible that the Indian crypto market will become a globally renowned case-study on how a country can allow exchanges without accepting cryptocurrencies as a legal method of payment.

In all of this, it shouldn’t be forgotten that this Supreme Court ruling has opened the floodgates of opportunities for aspiring entrepreneurs to create their own cryptocurrency exchange software. If you are one of those, and if you would like to launch your own cryptocurrency business in India at the earliest, all you need to do is invest in a white label cryptocurrency exchange. Blockchain app development companies that specialize in white label crypto exchange solutions will ensure to get your crypto exchange up and running with all the elements of customization that you might require!

With respect to India, the potential is nothing short of humongous. It wouldn’t be an exaggeration to say that the right time to invest in a crypto exchange business is right now!