KICKSOCCERCOIN – THE CRYPTOCURRENCY THAT PROMISES TO REVOLUTIONIZE THE WORLD OF SOCCER 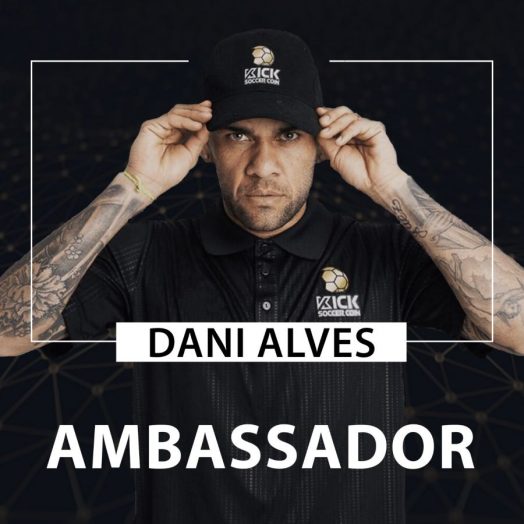 KickSoccerCoin was launched on 21st of march 2019 and it’s the cryptocurrency that promises to revolutionize transactions in the world of soccer. Players like Daniel Alves, Willian Borges and Paulinho have already joined this project and believe that it will be a great worldwide success.

“The phenomenon of virtual currencies has been a very profitable investment for millions of people around the world and it’s a business that has grown immensely in the last few years. How- ever, among the hundreds of existing cryptocurrencies, we found that there was none that was really associated with soccer and that could allow anyone, anywhere in the world, to participate in the transactions of soccer players. And that’s how KickSoccerCoin was born, a currency which combines blockchain technology with the soccer market.” says Hélder Silva Coelho, co-founder of KickSoccerCoin.

The player Daniel Alves is sure that KickSoccerCoin will be a great asset in the world of soccer: “I am very proud to be part of such a revolutionary project in the world of soccer. When I was invited to be the ambassador for this pro- ject, I was very excited to be involved in such an ambitious project with big growth potential. “, He also added that “I am also very happy to share this fantastic project with my friends Willian and Paulinho.”, concludes.

KickSoccerCoin will also create an online store, where soccer fans will be able to purchase products from several clubs and athletes, and a virtual platform where anyone can actively participate in soccer players transactions.

On these platforms KickSoccerCoin (KSOC) will be the only accepted payment method.