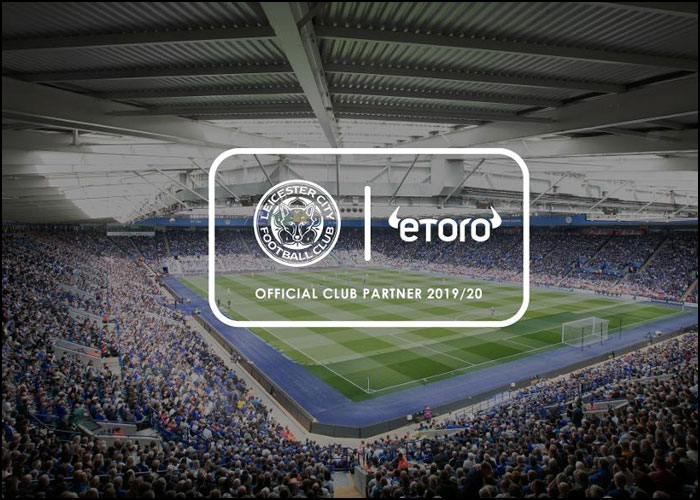 The extension of the deal is expected to help eToro gain exposure through in-game advertising and the opportunity to drive awareness about cryptocurrencies through Foxes’ social channels. eToro continues to be an Official Club Partner.

The deal includes access to matchday LED boards, player access, tickets and digital rights. The agreement was originally signed at the start of the 2018/19 campaign in August 2018. It was the Premier League’s first deal to be paid using Bitcoin.

Six other clubs who signed simultaneous deals with eToro at that time were Tottenham Hotspur, Crystal Palace, Southampton, Brighton & Hove Albion, Cardiff City and Newcastle United, which became one of the first Premier League clubs to launch the commercial partnership with eToro.

Last week, another Premier League football club Everton FC also had announced a new partnership with eToro to become the ‘Official Online Trading Partner’ of the Blues. The deal will give eToro access to Everton’s marketing assets and a presence at Goodison Park on matchdays.

Last year, the Union of European Football Associations (UEFA) had launched a blockchain-based ticketing system, which made the ticket sales process for matches more simple and safe.

It all started way back in June 2015, when eToro signed a three-year partnership deal with the West Ham United football club from the English Premier League.

eToro started its UK operations in 2013. It is regulated in Europe by Cyprus Securities and Exchange Commission and regulated in the UK by the Financial Conduct Authority.

After pioneering Bitcoin trading in 2013, eToro expanded its cryptocurrency offering in January 2017, facilitating trade in Ethereum, Ripple, Litecoin, and other popular cryptocurrencies.