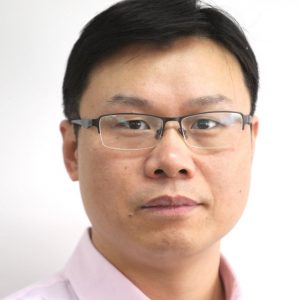 Facebook’s plans to create its own cryptocurrency have forced China’s central bank into stepping up research into creating its own digital currency as Libra could potentially pose a challenge to Chinese cross-border payments, monetary policy and even financial sovereignty, a People’s Bank of China official said on Monday.

If [Libra] is widely used for payments, cross-border payments in particular, would it be able to function like money and accordingly have a large influence on monetary policy, financial stability and the international monetary system?” asked Wang Xin, director of the People’s Bank of China (PBOC)’s research bureau during an academic conference hosted by Peking University’s Institute of Digital Finance.

The PBOC are paying “high attention,” according to Wang, after Facebook released a white paper in June outlining plans to create its own long-awaited cryptocurrency  and a related blockchain-based financial infrastructure project.

The PBOC was the first major central bank to study digital currencies in 2014, a step to counter the challenge from cryptocurrencies like bitcoin, with a research institution set up in 2017 to further facilitate the research.

If [Libra] is widely used for payments, cross-border payments in particular, would it be able to function like money and accordingly have a large influence on monetary policy, financial stability and the international monetary system?
Wang Xin

“We had an early start … but lots of work is needed to consolidate our lead,” Wang added.

China maintains a blanket ban on new listings or trading of any digital currency, including bitcoin, as Beijing regards digital tokens as a source of financial risk. At the same time, China’s central bank has been longing for a “sovereign” digital currency that would fall under its control, although it has so far made little progress.

Concerns have risen, in some quarters, that Libra will fuel a new round of international currency competition and a challenge to financial sovereignty. According to Facebook’s white paper, Libra will be linked to a basket of major currencies and governed by a Switzerland-based non-profit consortium, the Libra Association, which includes more than two dozen companies, including Visa, Mastercard, PayPal, Stripe, eBay and Uber.

China wants to know, in particular, the composition of the currency basket and the role the US dollar will play.

There would be in essence one boss, that is the US dollar and the United States. If so, it would bring a series of economic, financial and even international political consequences
Wang Xin

“If the digital currency is closely associated with the US dollar, it could create a scenario under which sovereign currencies would coexist with US dollar-centric digital currencies. But there would be in essence one boss, that is the US dollar and the United States. If so, it would bring a series of economic, financial and even international political consequences,” Wang warned.

To cope with Libra, many countries could be forced to issue their own central bank digital currencies, develop Libra-like products or resort to a new international digital currency based on the International Monetary Fund’s Special Drawing Rights. The Special Drawing Rights basket of currencies currently includes the Chinese yuan, along with the US dollar, the euro, the Japanese yen and the British pound.

The PBOC, after receiving approval from the State Council, have been working with market institutions on creating a central bank digital currency, according to Wang said. However, there have been no public announcements of progress.

Huang Yiping, a Peking University professor and the rotating current chairman of the research initiative, said China had done well in promoting financial inclusiveness with digital finance, in contrast to the United States.

“It remains unclear if Libra will succeed … but the concept won’t disappear,” said former central bank adviser Huang. “But it has sent a warning to China that its lead [in digital finance] is not a sure thing.”