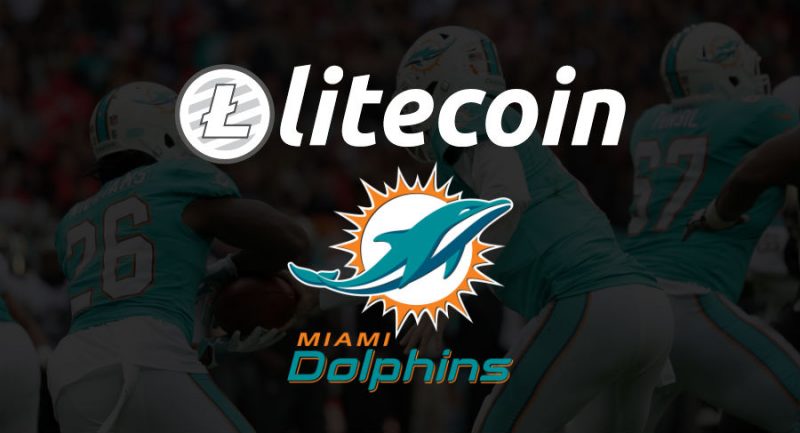 National Football League team Miami Dolphins entered into a partnership with Litecoin Foundation to make Litecoin (LTC) their official cryptocurrency. This will be Litecoin’s first association with a professional American football team.

Previously, GLORY World Series kickboxing league had named Litecoin as the official cryptocurrency of the stand-up combat league in March.

The partnership between Miami Dolphins and Litecoin will be launched for the 2019 NFL season.

The deal will provide Litecoin with in-game branding and advertising opportunities at home stadium of the Miami Dolphins, Hard Rock Stadium, as well as across the team’s various online properties and digital content.

With the addition of crypto payments processor Aliant payments Systems into the partnership, fans can opt to pay with cryptocurencies such as Litecoin and Bitcoin (BTC) when purchasing tickets for the team’s 50/50 raffle. Half of the proceeds from the 50/50 raffle are transferred to the Miami Dolphins Foundation and its charitable causes.

The 50/50 raffle tickets can be purchased both online and at 14 kiosk and raffle seller locations throughout Hard Rock Stadium.

Litecoin, with a limited supply of 84,000,000 LTC, was released in 2011 by former Coinbase engineering director Charlie Lee. Litecoin is not centrally managed, while the Foundation develops its network.