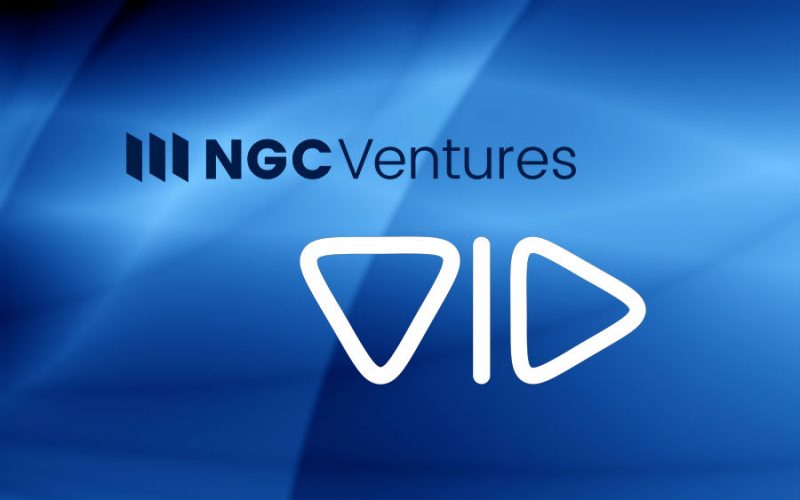 Singapore, August 16, 2019 — NGC Ventures, one of the world’s leading institutional investment firms, has announced a strategic investment in Vid, a video-centric social media app that allows users to control their data and monetize their memories.

Established in January 2017, Vid uses AI and blockchain technology to enable its users to create video content that is privacy protected while allowing users to monetize their content and retain 100 percent of advertising revenue.

The company’s proprietary technology has secured two patents and has five more patents pending. Over the past twelve months, Vid has secured a significant number of globally-recognized influencers to sign onto its social media platform, which have an aggregate reach of over 350 million followers. To date, Vid has raised over $20 million USD.

As part of the strategic investment by NGC Ventures, Tony Gu, the firm’s Founding Partner, will be joining Vid’s board of advisors. When asked to remark, Mr. Gu said “While Vid is not the first project trying to disrupt the digital media industry using blockchain, they are certainly leading the charge as they strike the right balance of professional product development, sleek customer experience, and a creative business model with innovative token metrics, with the potential to reach tens of millions of consumers.

NGC Ventures is proud to support the Vid team in bringing blockchain applications to the mainstream.”

NGC Ventures II, is a multi-strategy crypto fund that aims to generate long-term value through early-stage investments, while also creating recurring income through staking and quantitative trading teams. NGC Ventures II has been a key contributor to projects such as Elrond, ChainX, Piexgo, and PromeOeus.

When asked about the investment by NGC Ventures, Jag Singh, CEO and co-Founder of Vid, said “We are very excited to partner with one of the most reputable and influential investment firms in our industry. Not only does NGC Ventures share our vision in creating a paradigm-shifting ‘user-first’ social video platform, but their investment brings us an expansive network of global connections as well as deep knowledge on greater Asia. In addition, Tony Gu will surely prove to be an invaluable member of our advisory board.”

Vid uses blockchain as a means to transfer value between content creators, advertisers and the Vid platform. The company is set to publicly launch its highly-anticipated video-centric social app later this year.

NGC Ventures (NGC) is one of the largest and most active institutional investors of cryptocurrencies. NGC adopts best practices from traditional financial markets to invest in and incubate leading projects in the crypto industry worldwide. Both fund I and II have invested in over 70 projects, mostly in blockchain infrastructure and adoption technologies in areas such as De-Fi, Gaming and Decentralized Computing. NGC also incubated NGC StakeX, which is a node-operating division. NGC Ventures has offices in Singapore, Shanghai and San Francisco.

Vid is a privacy-focused, AI video journal app that allows you to remember your life and monetize your memories. Created by Jagpal Singh and Joshvun Singh, Vid emerged from the desire of mainstream users for a balance between interactive and visual social media with enhanced data privacy.

Based on blockchain technology and innovative privacy development Vid is set to pioneer the path towards memory media.