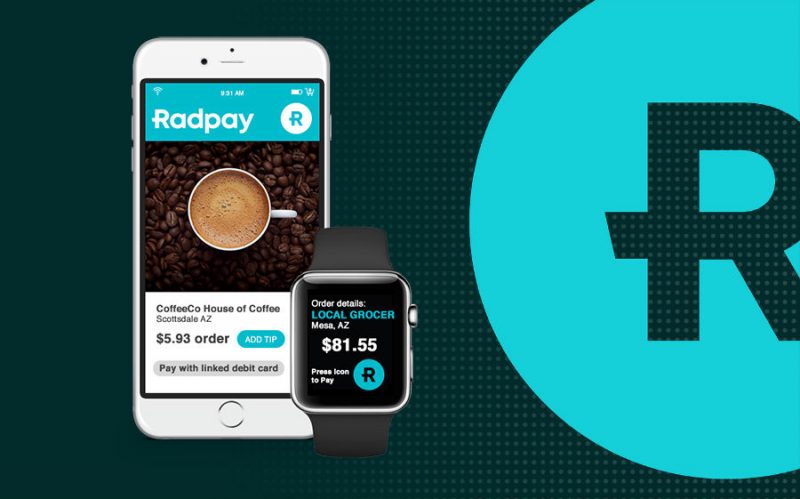 The Earth Positive Pledge is a commitment to leave the planet better by protecting and regenerating Earth’s vital ecosystems. The pledge provides a framework to cultivate a united, visible, and responsible partnership for mutual benefit and commitment towards Earth Positive outcomes.

“What attracted us to Radpay was their commitment to supporting a regenerative economy, which is unique in the payments industry,” said Alan Laubsch, CEO of Generation Blue. “The critical value adding exchanges which take place in a regenerative economy, rather than a commoditized transaction, let us discover innovation and creation across all sectors and activities of society. We see Radpay’s unique payments framework as a tangible enabler to promote Generation Blue’s initiatives supporting the health of the planet.”

“Generation Blue’s vision of a regenerative economy aligns ideally with a core use for Radpay’s patent-pending payment token,” said Radpay’s co-founder and CEO, Dana Love, PhD. “Our novel method for tokenized rewards empowers anyone to invest in the protection of vital ecosystems through funding Natural Capital projects such as the Thor Heyerdahl Climate Park mangrove restoration project in Myanmar.”

Mangroves are among the most productive and complex ecosystems on the planet, and are at risk of extinction globally due to rampant deforestation. Thus, restoration and expansion of mangrove forests represents a strong use case for a regenerative economy. Dr. Love noted that “every dollar allocated to restoring and protecting mangroves has a projected 100 fold impact on climate, biodiversity, and community.”

Laubsch observed that “on average, just 1% of consumer spending can fund the protection and regeneration of the world’s most vital ecosystems. This is the goal of Generation Blue’s partnership with Radpay.” For those transactions processed under the partnership, the Radpay reward token associated with a consumer’s transaction will be used to support a regenerative project supported by the partners.

Depending on a merchant’s type of business, Radpay can improve net margin by as much as 200% using our patent-pending merchant card payment solution. Radpay has more than two dozen inventions which blend blockchain (Ethereum Plasma) with PCI-compliant card payment infrastructure and mobile devices to merge convenience, security, and transparency. Radpay works in both card present and card not present environments, which means retail merchants, ecommerce merchants, mobile merchants, call centers, and app developers can all access and benefit from Radpay’s rewards system, transactional engine, and value.

Radpay is a Phoenix-based startup changing the $32 trillion global card payment processing industry. Radpay does this with a patent-pending merchant card payment solution: more than two dozen inventions which blend distributed ledger technology with PCI-compliant card payment infrastructure and mobile devices to merge convenience, security, and transparency. Based on Ethereum, Radpay is a blockchain-based peer-to-peer payment processing and reward framework, where peers may be merchants, consumers, banks, or enterprises. Learn more at https://www.radpay.com.

Generation Blue is a Singapore-based venture studio dedicated to building an Earth Positive economy. Earth Positive means that you give more to replenish the Earth than you take from it. Generation Blue enables any organization, person, or government to become Earth Positive by investing in natural capital projects pioneered by Eco-heroes. Imagine a marketplace where every act of consumption triggers a greater act of regeneration. Where every flight leaves the world a better place by planting trees that sequester more CO2 than was emitted while also protecting wildlife. Learn more at https://generation.blue.

PrevPreviousCoinbase Custody acquired crypto wallet provider Xapo
NextCrypto Project: How to get the most out of your community?Next