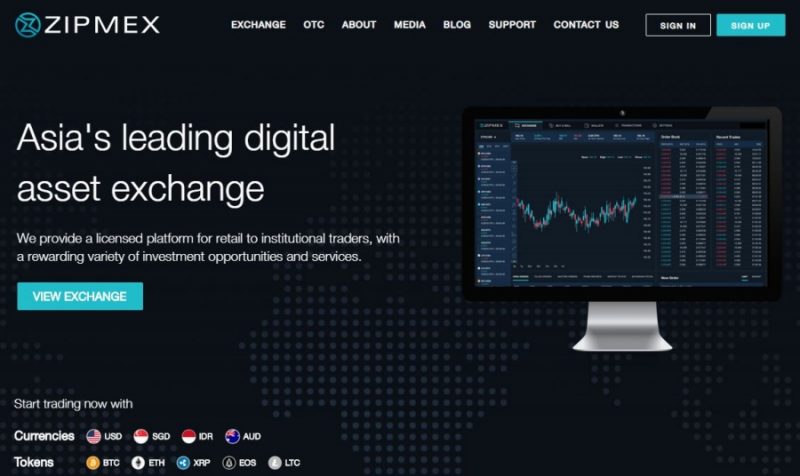 Receiving support from some of Asia’s most prominent finance leaders, Zipmex’s advisory board members include Dr Sathit Limpongpan, the former chairman of Stock Exchange Thailand and Professor Dr Chaiya Yimwilai, the Vice Minister to the Deputy Prime Minister of Thailand.

“Zipmex not only brings a wealth of financial knowledge and expertise to the cryptocurrency market, but a proven track record of funds management on both our core team and our advisory board” said Mr Lim.

Zipmex will launch in Indonesia and Australia this week, with discussions underway for a Thailand-centric exchange.

The company has already partnered with publicly listed trading and brokerage firm AEC Securities (AECS) in Thailand, to legitimise its offering in the Thai market. AECS is regulated and complies with the laws of the Thailand Securities Exchange Commission.

In Indonesia, Zipmex has partnered with fintech leader Alto, an interbank network, which holds several payment licenses and has a money transfers business.

Zipmex has also registered with Australia’s top financial intelligence agency AUSTRAC, and will be the first cryptocurrency exchange to offer insurance on the custody of digital assets in Australia.

“Zipmex’s partnerships aligns with our aim to bridge the gap between the worlds of traditional finance and cryptocurrency, to be the Asia Pacific’s most trusted and legitimate digital assets exchange,” said Mr Lim.

Zipmex aggregates volume from some of the world’s largest exchanges and OTC desks, aiming to provide significantly higher liquidity and most competitive prices for users.

“For most exchanges operating locally, investment opportunities are limited to a small number of token offerings, which significantly hinders liquidity,” said Mr Lim.

“Most local exchanges are only providing the facility of buying and selling; Zipmex will enable margin trading, trade and deposit mining as well as synthetic US equities, which can all amplify your returns as an investor.”

Mr Lim said Zipmex had developed a multi-approval security process on its platform to adhere to the highest security standards.

Zipmex is a regulated digital currency exchange provider which is seeking to become a market leader in the Asia Pacific region by offering fast trades, high liquidity and a broad choice of cryptocurrencies.

Zipmex is a digital currency exchange provider in the Asia Pacific region, offering faster trades, higher liquidity and a greater choice of assets. Zipmex offers 24/7 support, a suite of advanced trading features and charting tools and a platform that provides users with access to a liquid market for a wide selection of cryptocurrencies.

AECS Securities is a publicly traded company, which is regulated and complies with the laws of the Thailand Securities Exchange Commission. AECS has more than 5000 clients that trade actively on their brokerage platform. AECS provides corporate advisory services, including transaction and investment services for institutional clients.