Smart contracts and transaction costs, a research from Oxford University 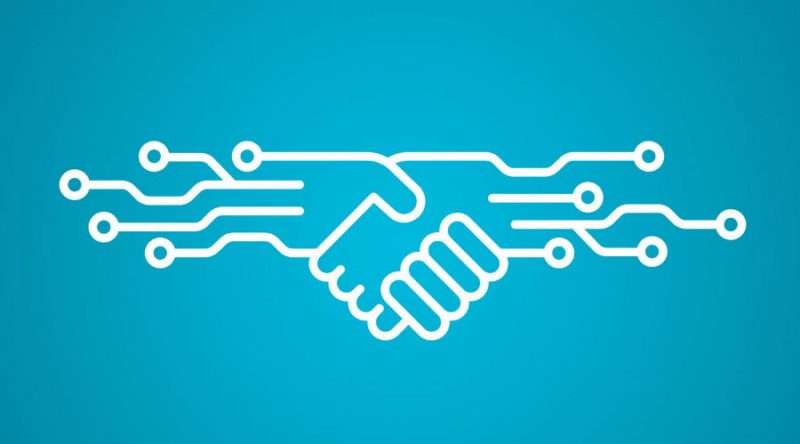 Massimiliano Vatiero is a Senior Assistant Professor of Law and Economics at the Università della Svizzera Italiana (Lugano, Switzerland), and a guest contributor to the Oxford Business Law Blog.

Blockchain technology could reshape the economic institutions of capitalism, to borrow the title of a celebrated book by Oliver Williamson. In a recent paper, I deal with contractual agreements that exploit blockchain technology—namely, smart contracts—using the lens of transaction cost economics.

In a traditional contract, parties are supposed to abide by their agreement for the threat of an ex postintervention of a third-party enforcer (e.g., court, arbiter). However, according to incomplete contract theory, this external enforcement is costly and, therefore, there is a risk of ex postopportunistic renegotiation (the so-called ‘hold-up risk’), that diminishes contracting parties’ incentives for specific investments and that can encourage them to abandon the contractual form and merge in order to conduct the transaction internally within a single firm. On the contrary, the blockchain technology begets smart contracts’ hallmark ability to enforce themselves. Because the blockchain protocol equates the enforcement with the execution, collapsing these two concepts, in a smart contract, the blockchain technology executes automatically (i.e., without any external intervention) the transaction in line with what contracting parties have agreed upon ex ante.

The blockchain protocol seems to eliminate the need for and the costs of external enforcement and, therefore, smart contracts are sold as able to solve the problem of opportunism which characterizes traditional contracts. However, the claim that smart contracts allow transactions to be conducted more efficiently than traditional contracts underestimates a central problem of transaction cost economics: the need for an efficient adaptive mechanism. An efficient contractual arrangement has to minimise the need for costly external enforcement as well asensure adaptation to mutable and unpredictable ex postoccurrences.

Transaction costs due to a lack of external adaptation

In particular, I consider the ‘external’ adaptation, namely the intervention of an external party (typically a Judge) in order to adapt the contractual relationship to new unexpected contingencies. Unlike traditional contracts, smart contracts are constructed to avoid such an external adaptation thanks to their self-executing features. The following (incomplete!) list presents several advantages of an external adaptation which are, nevertheless, precluded in a smart contract.

Even if the self-executing features of smart contracts reduce uncertainty in economic relationships, they also preclude efficiency-enhancing adaptation of contractual terms by an external third party and therefore produce transaction costs.

For their decentralized and disintermediated nature, a second central characteristic of blockchain platforms is that they are built on consensus mechanisms—the so-called ‘proof of work’ currently being the most popular mechanism. According to proof of work, the validity of a blockchain rests on a vote withcentral processing unit (CPU) power, which poses the risk that a user or a coalition of users with sufficient CPU power might distort the development of blockchains and smart contracts. Such a risk has become increasingly threatening as blockchain networks shift from the community at large to fewer and fewer hands that currently dominate several popular blockchains. In particular, because rewards for mining are distributed at infrequent, random intervals, miners, which can be conceived of as risk-adverse agents, behave strategically and form mining pools in order to decrease the variance of their income rate. Empirical evidence shows that such a centralisation of blockchains does occur.

From the perspective of transaction cost politics (cf., among others, Vatiero 2018), consensus mechanisms could determine rules for smart contracts that are aligned with the majority’s preferences but are nevertheless inefficient, unreliable and unpredictable. The risk, investigated at length in the context of economic institutions, relates to Mancur Olson’s Logicin which subgroups (e.g. mining pools) may exploit larger groups (e.g. blockchain networks). At stake in that dynamic is the loss of social welfare. The risk, even if only potential, that mining pools may behave opportunistically can distort the choices of parties to smart contracts and therefore create transaction costs.

Finally, the hard fork process, which is based on a consensus mechanism, is another source of transaction costs. Because they can change the rules of a blockchain and, in turn, the institutional setting of smart contracts, hard forks create uncertainty for parties to smart contracts. More generally, when mining pools dominate a blockchain, again following Olson’s Logicof Collective Action, a hard fork can define rules that, favouring the majority, are subject to change along with the majority and thus uncertain. Due to uncertainty and distorted incentives à la Olson, hard forks are liable to produce transaction costs that are absent with traditional contracts.