The disappointing fall of Wings DAO 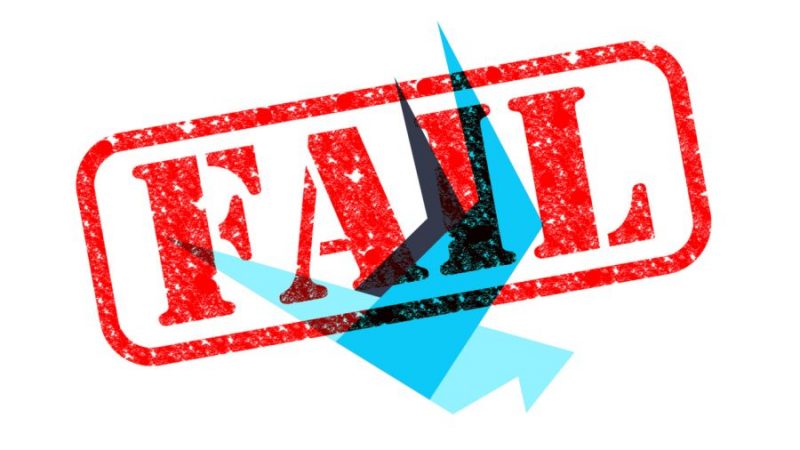 Nisha is a guest contributor.

Wings made headlines in February when Binance announced that they would be delisting the project. The news came as a shock to many fans of Wings who liked its unusual take on forecasting – using smart contracts and crypto to create an ecosystem where the Wings community itself was the service.

By holding tokens community members could secure the rights to rewards in exchange for accurate predictions – rewards good projects would be happy to pay to secure the attention and vetting of dedicated crypto enthusiasts. It was a novel approach to helping good projects stand out and new investors find projects with substance.

Ironically, like so many projects that promise the world in their whitepapers, Wings soon began a downward spiral of its own with failures to deliver. The team promised early on that quality projects would swarm to their service and offer excellent rewards in exchange for accurate forecasts, confident that users would like what they saw. That way, the team said, everyone would make money.

But few projects had any interest in paying the holders of another project’s token to judge them, and the rewards dried up. The Wings Foundation received heavy criticism from their community for failing to onboard customers. They responded by shifting the responsibility to recruit projects onto the community – asking them to proselytize to other communities.

The team also opened up for unpaid appraisals – badly damaging the use case for their token and leaving many projects that signed up for appraisal with zero reviews. Without any rewards, the Wings community would not only not make any money on their predictions, but they would actually lose money when staking their tokens – a lack of revenue does not let you move Wings tokens for free on top of Ethereum.

This obviously looked bad, and the team responded by – changing the sorting algorithm so projects with reviews appeared at the top of the list, hiding the ocean of dead requests from view for anyone who does not scroll down a bit. Further pleas and demands for action by the community were largely ignored for months.

The result was a slow bleed of faith and interest from their own community. And of course, anyone considering putting their project up for review now could not help but notice that there were other projects that got nothing out of the process but the stigma of very visibly attracting zero interest or reviews from the ‘dedicated’ Wings forecasters.

Which brings us to the Binance delisting. Although Binance does not publicly point to exact reasons to delist for each token that falls out of favor, none of the general reasons given look good, ranging from lack of team commitment and development to lack of communication to evidence of fraud. The Wings team’s response to the delisting is quite telling:

“The WINGS team is as committed as always to the project, having been working on WINGS since early 2016. All of WINGS team members are working full time (and often overtime!) on the project, striving to build the best technology and software.”

Normally this would be a perfectly normal and understandable response to such a huge blow against your project. In Wings’ case, unfortunately, it is not entirely true, with significant drama and incompatible views among team members on how to react to lack of progress and a community that feels frustrated and ignored.

Cofounder and former head of communication Dominik Zynis has been removed from his role in the telegram channel that he used to admin. While still officially a member of the Wings Foundation, he does not currently have a clear role.

According to the official bitcointalk post, there have also been extensive ‘prunings’, firings and layoffs of staff in the last few months, as the lack of direction and internal drama has made it difficult to keep enough staff to continue development which was the case with Crypti as well who had the same founding team. One office in Kiev has been closed down, another in St Petersburg is ‘in a mess’. By all accounts the foundation still has plenty of funding, which makes it even more frustrating that they cannot seem to get anything done.

Sadly it does not end with incompetence. Trading charts show one final price swing just before the delisting – commonly referred to as an exit pump. Once the delisting was made public, of course, the price crashed hard, with Wings being one of very few projects to have lost more than half its market cap in the last month, while most projects have in fact started to recover along with BTC.

In the wake of the Binance delisting, UpBit followed suit, though unlike Binance they gave explicit reasons for delisting; the Wings big data forecasting market has no throughput, and is therefore “not possible to operate”. Finally, UpBit states: “In addition, efforts to promote business at the project team level are weak.”

With the shutdown of Liqui, this leaves Bittrex as the last remaining exchange large enough to provide any real liquidity and trading volume for the token. And that’s not very likely to last. Once Wings ceases to trade on UpBit, if Bittrex should delist them as well, daily trading volume is set to crash to less than $5000/day. At which point, for all intents and purposes, the token is dead.

Is there a road to recovery for Wings?

The bear market certainly cannot have helped matters for Wings. The whole focus of the project was to harness the enthusiasm of the crypto community and incentivize members to sift through up and coming ICOs, looking for gold. With the bear market not only do existing enthusiasts bunker down and resist new projects, but new projects themselves are more rare as well, as talent moves on and teams delay their ICOs and listings.

Wings does appear to have a decent amount of funds left, and can likely survive the bear market. If crypto as a whole recovers and there is another flood of new projects, some may be tempted to try to stand out with the help of services like Wings.

However, the next time around Wings will struggle to overcome several major handicaps that it escaped for the first three years of its existence. Unpaid submissions have left an elephant graveyard’s worth of unreviewed projects that will make potential future partners think twice about risking the same fate. Wings now also has a reputation of ignoring community sentiments and failure to communicate.

Beyond that, the token has already been delisted from major exchanges, explicitly because they found the platform to be inoperable and the team to be lacking. They have also failed to weather the bear market compared to the dozens of other projects that managed to keep their listings, and it is unlikely an exchange of UpBit’s caliber will list them again – let alone Binance. These will be hard obstacles to overcome. At this point, the team’s wings might just be clipped.

This is a guest article not edited by CCG