The Seven Key Signs of an ICO Scam 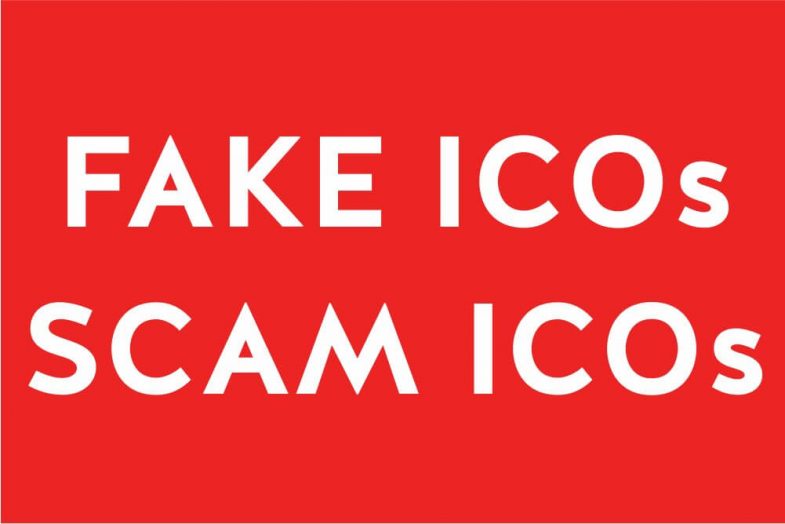 While the ICO ecosystem may be a multi-billion dollar industry, it’s also largely unregulated. This lack of regulation has allowed the market to be plagued by fraudulent platforms and “exit scams,” leaving regulatory bodies around the world scrambling to develop a functional framework for control.

Exit scams are becoming more common in the ICO ecosystem. Recently, the LoopX ICO exit scam resulted in the loss of more than $4.5 million USD of investor capital after its creators pulled a disappearing act.

Many of these scams operate in a similar manner to multi-level marketing or Ponzi schemes, such as Onecoin, which duped investors out of $350 million USD and culminated in the arrest of the creators.

While these fraudulent platforms succeeded in separating unsuspecting investors from their capital, they weren’t particularly complex, nor were they hard to spot as potential scams. Performing due diligence when assessing initial coin offerings is an essential element of the investing process, but is commonly overlooked by many investors. 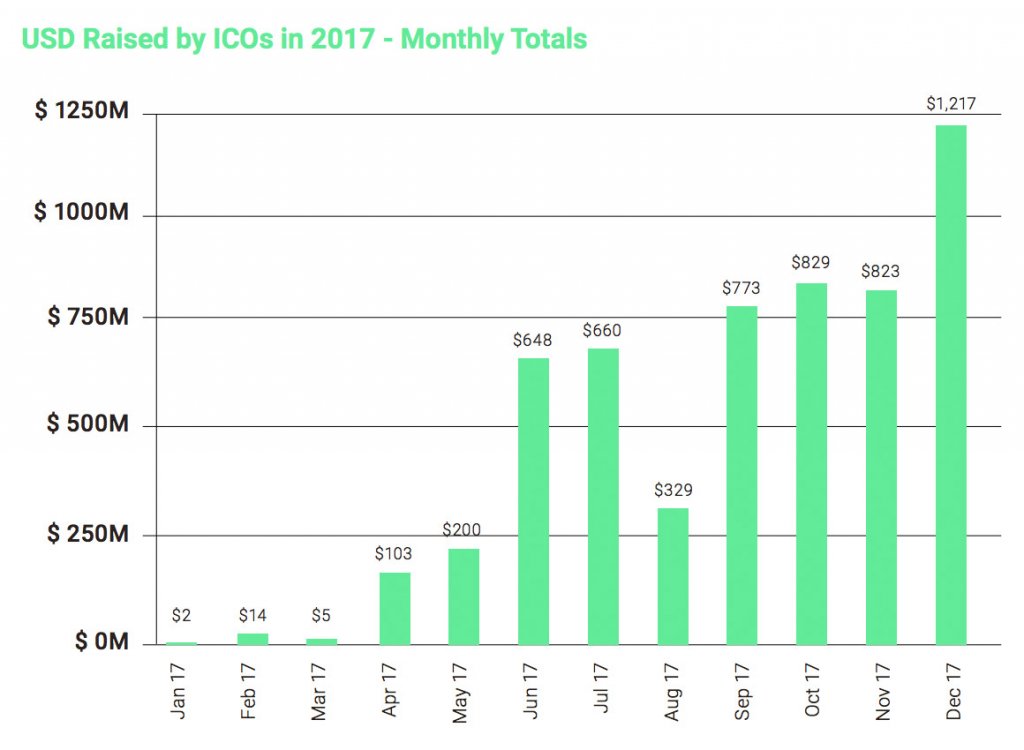 More than 900 different coin offerings launched over the course of 2017, generating more than $5.6 billion USD. Accurately assessing each of these ICOs would be a time-consuming task for even an expert analyst, and would be almost impossible for an amateur or intermediate investor. Source: Fabric Ventures

If you’re considering investing in an initial coin offering, it’s critical that you perform your due diligence on the platform and ensure that it doesn’t present any fraudulent characteristics. In this guide, we’ll break down the seven most obvious red flags that an initial coin offering may be fraudulent to help you make informed investment decisions and protect yourself from exit scams.

One of the most important elements to consider when assessing an initial coin offering is the individuals behind it. A strong initial coin offering will present potential investors with a detailed team breakdown, listing founders, developers, advisors, security experts, and anybody else associated with the project.

A “team page” by itself, however, is now not enough to judge an initial coin offering as worthy. Many scam ICOs are now aware of the fact that their team composition will be closely scrutinized by potential investors and go to great lengths to create a believable fictitious team.

The Empire Card ICO, for example, was caught red-handed using an image of French actress Sabine de Poncins as the CEO of the platform as “Patricia Harrison”.

Don’t simply take a team page at face value. If you’re going to invest capital into a project, it’s important to look for the Linkedin page of the CEO and ensure that their profile lists the project. Check prior association with other organizations and educational institutions as these elements are relatively simple to fact-check against third party sources.

If you’re using a browser like Chrome, it’s possible to simply right-click and image in order to perform a search for other instances of it online. This tool is particularly useful for identifying ICO team members and verifying their identities.

A legitimate ICO will provide a wide range of social media links and places in which investors can interact with developers. Check the Facebook page of a project and assess its engagement levels; if your prospective ICO is worth anything it should have a significant following.

Slack channels and Telegram chats are also another great way of interacting with ICO developer and team members. If the ICO you’re assessing doesn’t provide a means of communicating with the development team and asking questions, then it’s likely that it’s fraudulent in nature.

Of all the red flags that identify a potential scam ICO, guaranteed profits is the most obvious. There are no certainties in the blockchain ecosystem, and no proven, reliable, or guaranteed methods of generating profits.

Promises of guaranteed profits come in many different shapes and sizes. Some platforms promise automated trading bots that deliver massive returns, while others promise returns to investors for “staking” their coin. The latter is becoming more prevalent in the ICO ecosystem as interest surrounding the Proof of Stake consensus method increases.

While blockchain technology may be highly disruptive, it’s not the ultimate solution to every single problem in existence. There are many initial coin offerings that present tokenization as a solution where it is not needed. While this may seem self-evident, strong marketing combined with the hype surrounding the industry can often lead potential investors astray.

Many initial coin offerings outline massive potential markets, presenting highly compelling arguments that their blockchain-based solution will massively disrupt incumbent industries and generate untold profits. You need to ask yourself, however, whether using blockchain-based loyalty programs to launch a galaxy-spanning space empire is really a feasible application of blockchain technology.

When assessing an ICO, it’s important to consider whether the aim of the platform could be achieved using existing cryptocurrencies. Even platforms such as Steemit, which boasts a modicum of success, could probably operate with existing cryptos.

An empty code repository is a telltale sign that the ICO your considering is a lazy ERC20 token and doesn’t offer anything groundbreaking. Most ICOs propose open-source solutions that makes it possible for potential investors to assess their code via a repository link like GitHub. If your ICO links through to an empty repository, or doesn’t provide a link at all, then it’s more than likely fraudulent.

By providing links to their code repositories, ICOs allow individuals with programming knowledge to audit their development process and determine whether the proposed solution is valid or not. Checking that the underlying technology that drives a blockchain solution is well-organized and functional is critical when assessing initial coin offerings.

It’s not necessary to be a coding wizard to check the GitHub of an ICO. Simply checking that the repository is active and is receiving regular updates should be enough. If you can’t tell whether the code provided by a platform is legitimate, there are many forums on social media sites such as Reddit that deliver a basic primer of the finer points of technical ICO code assessment.

A white paper is the most important element of any initial coin offering. In a white paper, an ICO will present an outline of what it plans to achieve, a breakdown of how the technical aspects of the platform functions, and delineate its token distribution model.

If an ICO doesn’t provide a white paper, then it’s undoubtedly a scam. Simply providing a white paper, however, is not a clear sign that an ICO is legitimate. Some fraudulent initial coin offerings pay online freelancers to write up hilariously bad white papers under the assumption that providing a PDF white paper document is enough to fool most investors.

“Huge states were made on a fairly simple trading algorithm. But he “came to an end” with the advent of the Internet and a massive transition of exchanges to electronic commerce. As a result, people occupied robots”

From the comedy gold that is the Arbitrage Crypto Trader ICO.  Do not invest.

White paper plagiarism is becoming increasingly common in the ICO industry as well. The DADI ICO was called out earlier this year for plagiarizing their white paper from the SONM whitepaper by the SONM creator himself.

While the DADI team formally addressed the controversy and admitted that they did, in fact, “lean heavily” upon the SONM white paper, the issue of plagiarism in the ICO ecosystem is extremely commonplace. If you’re considering investing in an ICO, it’s worth searching for a few passages taken from its white paper to ensure it isn’t sourced from another project.

Cross referencing the data points a project provides about the supply schedule of tokens that will be released is a powerful way to discern the true intent of project leaders. While the mining structure of a token isn’t a foolproof method of identifying fraudulent platforms alone, it can be used with the other techniques outlined in this guide to assess the legitimacy of a project.

Premining is a common practice in the initial coin offering ecosystem that refers to tokens that are made available to a small group of individuals before the project or crowdsale goes live. In many cases this technique is used to reward project contributors, developers, and investors. Used correctly, this technique is fair, but if the total amount of tokens reserved for premining is disproportionately large it’s definitely cause for concern.

The Paycoin ICO, for example, reserved the majority of tokens generated for the development team and resulted in the founder being found guilty of operating a $9 million dollar exit scam. Premining allocation is extremely important when assessing ICO veracity.

If an initial coin offering favors the development team or founders with an imbalanced amount of tokens, then it’s worth considering whether the project is attempting to maximize personal gain for team members as opposed to maintaining the stability of the proposed blockchain network over the long term.

7. No Roadmap or Unrealistic Roadmaps

Initial coin offerings will generally provide potential investors with a detailed list of what they have achieved thus far in the development of their project, as well as what they plan to achieve, in the form of a road map. If a project doesn’t provide a road map at all, they it’s highly likely that they don’t have any plans for the future apart from “exit” and “profit”.

A road map should be realistic. If the ICO that you’re assessing hasn’t yet developed a working platform prototype or any code at all, then it’s highly likely that it is an exit scam. Moreover, if the road map includes plans of using ICO capital to develop a prototype or makes any references to future token price, it’s probably a scam.

No roadmap, no code commits to a repository, and a poorly-written or nonexistent white paper are the unholy trinity of a fraudulent initial coin offering. If the ICO you’re considering investing in offers an unrealistic future roadmap and has not achieved anything significant apart from a PDF and a WordPress website, don’t invest.

Checking for the key signs identified in this guide will help you identify strong investment opportunities in future and avoid losing out to blockchain fraudsters.