True Ranking of Crypto Exchanges According to Blockchain Data 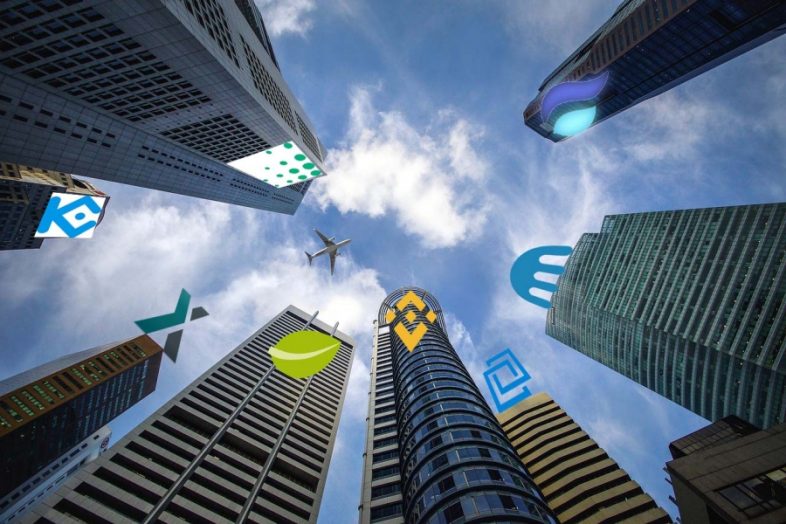 “During a gold rush, it’s a good time to be in the pick and shovel business.” - As the business adage goes, many new cryptocurrency exchanges have popped up in the past year to take advantage of the gold rush in cryptocurrency markets. 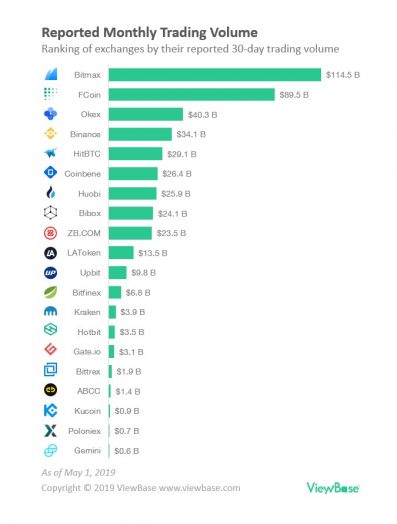 However there are good reasons to be skeptical of the reported trading volume. A recent report by Bitwise Asset Management had exposed the prevalence of faked volumes in the cryptocurrency market, representing 95% of total volume according to their research. In December 2018, a major Korean exchange UpBit was charged with fabricating $110 million worth of trading volume.

To find out the true ranking of cryptocurrency exchanges, we at ViewBase have turned to blockchain analytics for answers.

After all, one of the key strengths of the blockchain is its transparency. It would be a waste to not take advantage of that ever-growing stack of blockchain data.

In our research, we looked at the wallets belonging to various exchanges on the Ethereum blockchain and analyzed their historical balances of Ether as well as ERC20 tokens.

We have ranked exchanges by the amount of Ether deposited in their exchange walletsand compared it to their reported trading volumes.

Ether is the second largest cryptocurrency by market cap and most exchanges offer Ether as a major trading pair against other altcoins. Hence it is reasonable to expect an exchange’s Ether balance to be proportional to its trading volumes. Otherwise, an exchange with low crypto balance but high trading volumes is classic sign of wash trading. 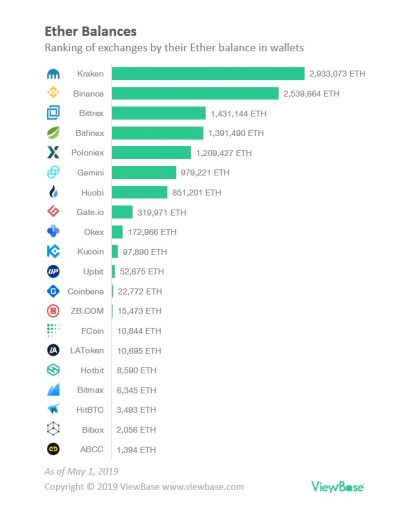 As can be seen, there is a huge disparity between the Ether balances and the reported trading volumes by exchanges.

In terms of Ether balances, it appears that the established players - Kraken, Binance, Poloniex, Bitfinex, Bittrex-are still maintaining their lead.

Here, we have ranked exchanges by the valuation of ERC20 tokens deposited in their exchange wallets.

A vast majority of Initial Coin Offering (ICO) tokens are issued on the Ethereum blockchain, ranging from established projects like Omisego to the latest IEO tokens like Fetch.AI and Celer. Hence it is reasonable to expect the valuation of ERC20 tokens deposited on an exchange to be reasonably proportional to its reported trading volumes. 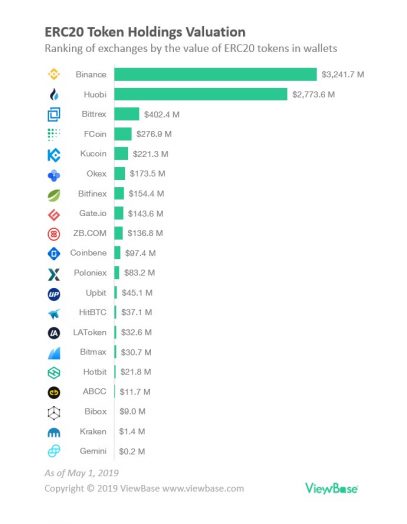 Exchange Ranking by Combined Value of Ether and ERC20 Tokens

Finally, we computed the combined valuation of Ether and ERC20 tokens held in exchange wallets to get a more complete picture of exchange rankings. 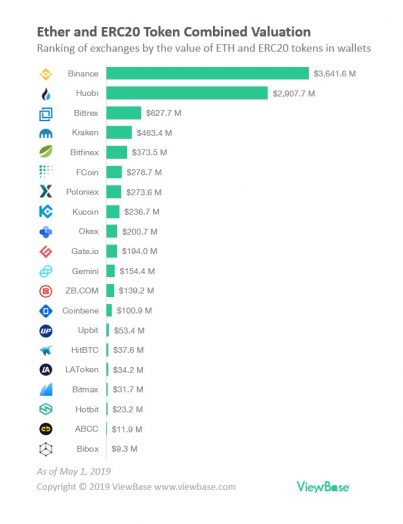 Using this metric, we identify the top exchanges to be (in descending order): Binance, Huobi, Bittrex, Kraken, Bitfinex, FCoin, Poloniex, and Kucoin.

Why is there such a wide difference between reported trading volume and blockchain data? There are several possibilities, ranging from bad to the worst case scenario:

Rise of the Underdogs

Our research confirms the prevalence of fake trading volumes and the established players - Kraken, Binance, Poloniex, Bitfinex, Bittrex - are still in the lead.

However it also reveals an emerging group of newer exchanges that are rising up the rankings and users trust them enough to deposit large amounts of crypto in their exchange wallets.

These are exchanges are namely:

Established exchanges should not be too quick to dismiss these newer exchanges as faking their trading volumes and consider taking these competitors more seriously.

Ironic as it sounds, most of the cryptocurrency space still relies on old-fashioned trust and credibility. When most crypto projects and exchanges reside in the grey area of legal enforcement (or at least outside the realm of SEC jurisdiction), trust is even more important.

Transparency is a necessary ingredient for building trust and credibility. But as the recent Bitfinex/Tether drama demonstrates, much of the crypto space is still shrouded in secrecy or even deception.

Blockchains are already transparent by nature of its design, but unless investors are able to analyze and understand and blockchain data, accountability will remain difficult to enforce. We at ViewBase are taking steps to address that gap and we aim to work towards a more healthy and trustworthy crypto industry.

If any exchange wishes to challenge our research findings, you may provide your Ethereum wallet addresses to us ([email protected]).

For more details as well as the list of Ethereum wallet addresses used in this study, please check out: https://www.viewbase.com/coin/ethereum