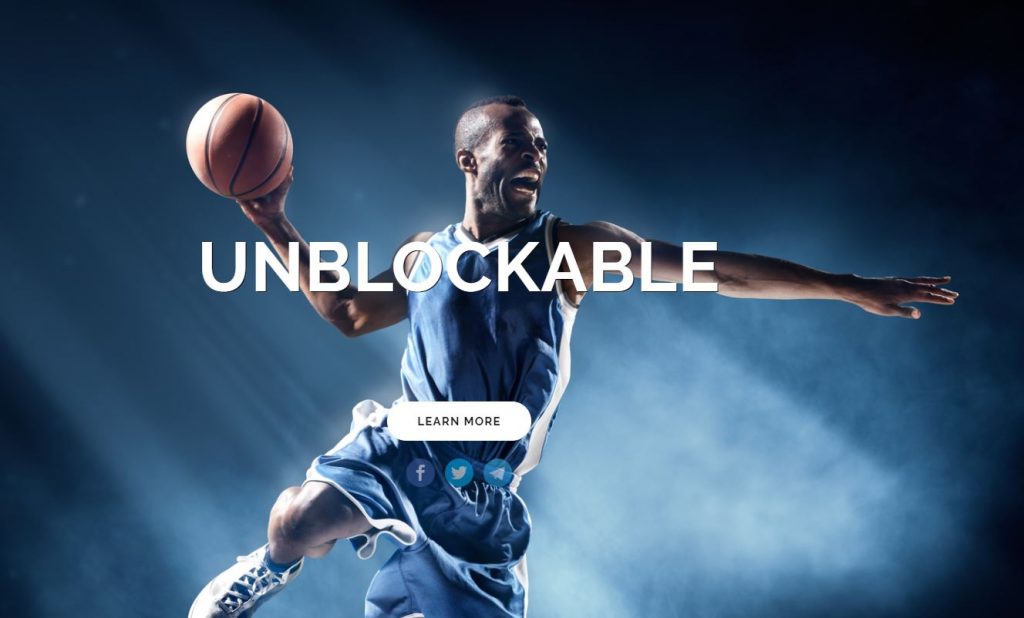 Today, Unblockable ushered in a new era by becoming the world’s first company to bring blockchain technology to the sports and entertainment collectibles market.   Now fans, who have long collected memorabilia from their favorite stars, athletes, leagues and teams, have an easy way to buy, sell and play games using Unblockable’s unique, scarce, secure and valuable tokens.

“We’re excited about this new technology and look forward to working with Unblockable as they grow,” said James Barry, Vice President, Talent Marketing, Wasserman. “They have a world class team of sports and blockchain experts that we know and trust.”

Founded by successful entrepreneurs and athletes: Jeb Terry, Greg Dean, Eben Smith and Kedric Van de Carr; Unblockable’s advisory panel is led by NFL Hall of Famer, Ronnie Lott. Leveraging the full capabilities of blockchain technology, the unique, non-fungible Unblockable tokens will be based on individual athletes. Fans will be able to go beyond collecting and trading their individual tokens to enjoy experiences and play games never before possible, based on their favorite stars and teams.

A New Opportunity for Athletes and Leagues
The sports segment of the world’s $370 billion collectibles market in the U.S. represents a $5 billion opportunity.  When factoring in the addition of new types of business and entertainment opportunities made possible by blockchain technologies, this represents a significant untapped opportunity for athletes, leagues and teams. Driving innovation is the digital collectible token known as ERC721, a non-fungible variation of the ERC20 token, which has been a significant driver for growth in 2017.

What’s more, with the average age of almost all professional sports fans going up, crypto collectibles represents a significant opportunity to reach a younger, more diverse fan base around the world. Athletes and leagues are always looking for ways to drive deeper engagement and create new business models while building new fan bases and the opportunity of crypto collectibles will give them a direct relationship with fans that goes beyond the season of play and their chosen sport.

Jacob Mullins, a Partner at Shasta Ventures, led the investment and is joining Unblockable’s Board of Directors, said, “Taking advantage of the unique characteristics of the emerging blockchain platform, Unblockable is defining a new category of fun, engaging and approachable experiences and games for consumers as well as new ways for stars, athletes and leagues to build new relationships with fans. We couldn’t be more excited to be backing this team of deeply experienced entrepreneurs who has unparalleled access to the world of sports and entertainment.”

A New Marketplace for Fans to Collect, Trade and Play
With scarce digital tokens and a marketplace to buy, trade, sell and play games, fans will have new ways to connect and interact with each other and their favorite players, teams, sports and stars. Later this year, the company will release the first Unblockable tokens bringing together for the first time the sports collectibles and the utility of unique digital assets.

“Unblockable is pioneering an entirely new way for athletes and fans to buy, trade, sell and play games together using tokens and blockchain technology,” said Adam Goldberg, Partner, Lightspeed Venture Partners. “Crypto collectibles are going to change the way athletes and fans connect and the Unblockable team is setting the bar for an entire new industry.”

Unblockable’s leadership team is experienced in the business of sports and brings a rich successful history of using new technologies to bring new products and services to market.  Jeb Terry is a former NFL player and Fox Sports executive; Greg Dean, a serial tech entrepreneur and co-founder multiple crypto projects; Eben Smith, a former derivatives trader; and Kedric Van de Carr, a veteran tech executive who has served in a variety of marketing and growth roles and co-founder of a crypto asset tracking social network.

“We are leveraging blockchain to create new ways for sports fans to celebrate their fandom like never before,” said Jeb Terry, CEO and co-founder of Unblockable.  “The games and experiences we’ll roll out over the coming weeks and months will revolutionize the fan – athlete relationship.”

About Unblockable
Unblockable is the first company to bring blockchain technology to the sports collectibles market. Led by a seasoned team of professionals across sports, finance and technology, the Unblockable team is building an entirely new way for fans to buy, trade and play based on their favorite athletes, teams and leagues.  For additional information visit us at: www.unblockable.com and follow us on Twitter, Facebook, Telegram and Instagram.

PrevPreviousWhat is AION?
NextWhat is Sia?Next