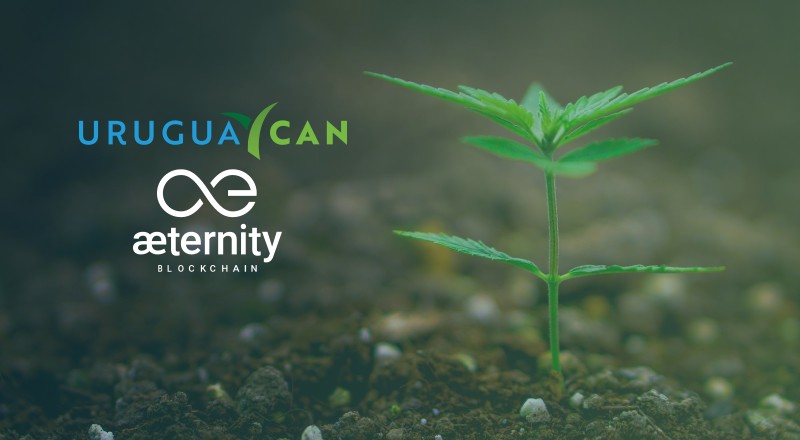 Uruguay Can has released a new platform built on æternity (a decentralized and scalable blockchain) that allows complete traceability in cultivation of medical cannabis.

The platform development  is the result of 8 months’ work carried on by Inmind, and will be put into operation next June and July during the planting phase.

Every phase in the process of cultivation, from the sprout to the packaging will be documented on the platform so the information will be traced on the blockchain, which makes each of these pieces of data, immutable. This technological solution raises the security standards in the process, generating warrantees regarding the quality of the final product making it more valuable and reliable internationally.

“This tool has a great applicability potential, not only for cannabis but for any kind of crops and processes that are enhanced by traceability, transparency and reliability” said PR Director of æternity, Mariana Sanguinetti.

This project´s idea was born in the æternity Innovation Centre at ORT University (Montevideo, URUGUAY) a space that allowed the exchange of knowledge between both institutions, leaded by Enrique Topolansky and Gonzalo Sobral.

Uruguay has established as the Latin American leader in cannabis production for both medical and recreational purposes. It was the first country to legalize the growing, sale and consumption of marijuana on December 2013, after its use became criminalized in the 1930’s. Approximately 80 countries are expected to legalize medical use of cannabis in the near future.

To get the insights on this project and ask Uruguay Can team members questions directly- we invite you to join our SuperheroLeague  Broadcast this Friday 29th May 16:30 CEST for a live demo and Q&A.

About de Uruguay Can

Uruguay Can is a Uruguayan company based in Montevideo with expertise in recreational, medical and hemp cannabis with a solid agronomy team in the first country in the world to legalize the marijuana production. They are currently exporting their products and aiming to expand the product portfolio.

æ​ternity is a public, open-source blockchain protocol that enables a platform for next-generation decentralized applications and high scalability. Its core components are written in the functional programming language Erlang, and its smart contracts are also functional. Unlike other blockchain platforms, the ​æt​ernity protocol itself incorporates several essential technological features, including a recently upgraded virtual machine, off-chain scaling solution – state channels, on-chain governance mechanism, and naming system. ​æ​ternity also features SDKs in Javascript, GO, Phyton, Java, as well as a middleware and a development suite that streamlines smart contract development.