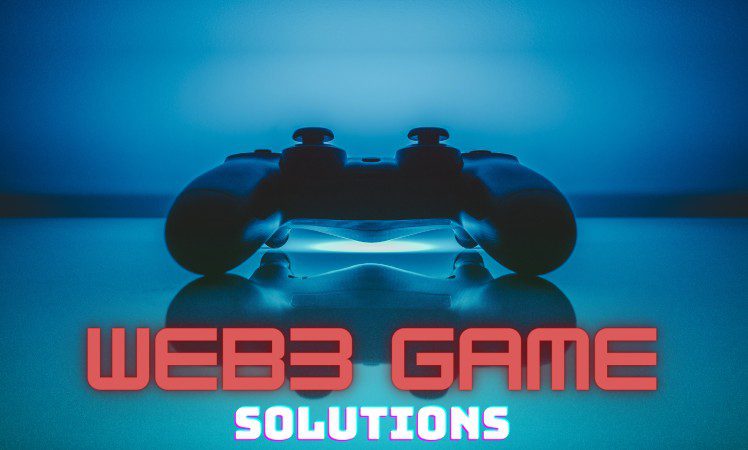 Hi, this is Lucas Andrew, eager in sharing the knowledge related to blockchain and metaverse industry and also a Blockchain consultant at Maticz. Maticz the leading NFT marketplace development company.

Web3 gaming solutions are the recent trend in the digital space with the entry of blockchain in the digital world has been experiencing ultimate growth in recent years and in that way, with the blockchain as its backbone the web3 concept is in a full swing. Web3.0 is said to be the next internet evolution where the web will be interactive with real-life activities.

Web3 games are the next-gen gaming platforms that attract users of all generations because it can be designed with the interaction of real-world activities and these fall under the web3 lifestyle gaming application. As these web3 games are decentralized the data of every user will be secured which cannot be exploited at any time.

The web3 games will recognize the talents and will showcase many creators to the real world as the web3 games come up with many digital assets which can be used in the games. Some of the web3 games even let you earn cryptos by completing the mentioned activities in the game. Let’s see more about the web3 game in the next follow-ups.

Web3 Game – The Future of Gaming

The web3 games are mainly focused on blockchain networks and the certified blockchain experts prefer some of the trending blockchain networks like Ethereum, Binance Smart Chain, Solana, and Polygon to develop web3 games. Most web3 games hold their own crypto token which will be used by the players in the game to buy any in-app game assets in the dedicated marketplace that is built with the game. Most of the metaverse games also incorporate the web3 concept to present an advanced gaming platform for the users. Web3 games present an all-new experience to the players because of a new playing experience.

As the web3 Games are decentralized and the gaming assets are owned by users the game is free from a central authority any changes in the game are done with the discussion of the top community members of the game. The Web3 games will be more engaging the concept of play-to-earn, move-to-earn is being developed and launched in the web3 space which makes the users interactive and engaging with the real game with their real-world activities. The users of these platforms earn crypto tokens developed over trending networks by completing the activity with their gaming profile.

Let’s get on to some of the trending web3 games in the digital space with the most transactions and active users on the platform.

These are a few trending web3 games  that are interactive with real-world activities. Let’s see how it works, here we go with a move to earn concept the users will be engaging the avatar with the real real world with the NFT shoe the user purchased in the game marketplace. After initiating the game with the game NFT the user’s moves are tracked and rewards are awarded to the user with respect to the activity completed by the user. Web3 games are trending in recent times because the game assets and the content are controlled by the user, not by a central authority not like any other present games.

Some of the interesting features of web3 games attract crypto users and gamers to the gaming platform.

The development also includes many other processes like wallet integration, marketplace setup, and in-game environment which changes with every business proposal. If you are looking on to launch a web3 game discuss your idea with the pioneer in the industry, Maticz one of the exclusive web3 game development company to bring up your idea to the digital space.

The digital space is experiencing lots of investments from various countries around the globe which also includes the development of web3 games. Web3 games are the recent buzz but the growth and attraction of web3 games are high within a short time period because many entrepreneurs and businessmen are also making their path towards web3 games development and launch along with their other web3 platforms. If you are looking on to launch a web3 platform you may connect with certified blockchain developers of a leading web3 development company, Maticz and avail premium web3 development services to add up more value to your business portfolio.