What if you could swap for near 0 fees on Ethereum? 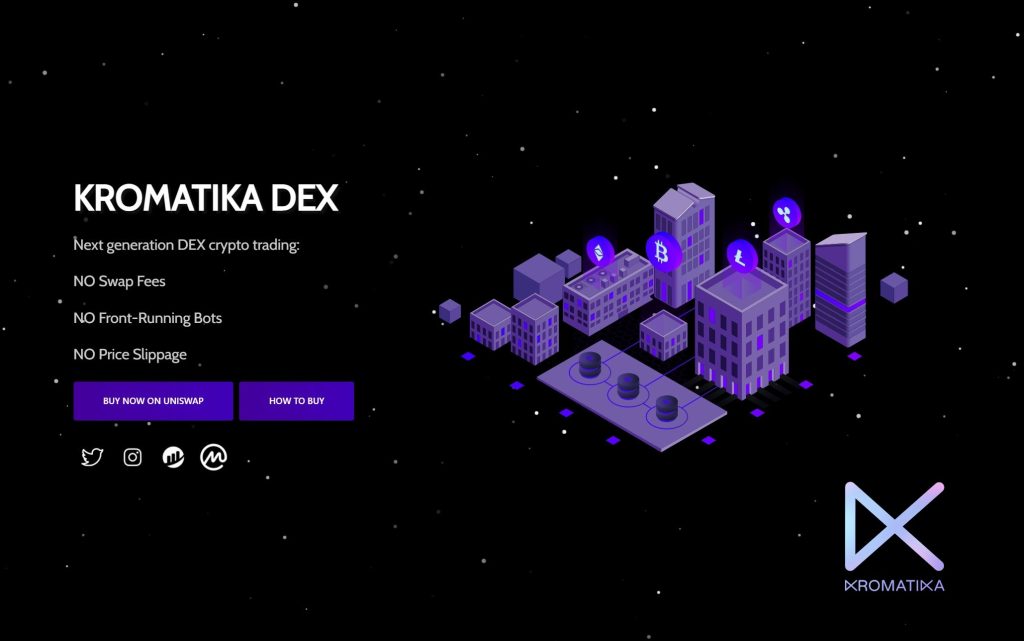 It’’s been 2 months since Kromatika protocol was launched as a first decentralized limit order manager powered by UniswapV3.

During those months, the team have completed a live deployment on Optimism network with few live deployments on other networks in the pipeline, scheduled for January.

Kromatika has brought a unique solution for traders to do limit trading on DEX, without swap fees, no price slippage and no risk of front-running bots, all supported by Uniswap liquidity.

There were 100 limit trades already created on Optimism and we expect many more to be created once Kromatika protocol hits Arbitrum and Ethereum network.

But before getting to Ethereum, let’s consider the problem that is troubling the network:

Lately, the Ethereum network has saw increase on the network gas fees, making it barely usable for low profile users. This has forced some of the project and especially users to seek alternatives to other networks where the gas fees are much cheaper.

Even Kromatika joined the effort to deploy its protocol on 3 alternative chains (Arbitrum, Optimism, Polygon) beside Ethereum mainnet to allow its users a cheaper alternative.

However, Ethereum chain still remains one of the biggest, if not the biggest chain with huge trading DEX volume, forcing the projects to look for alternatives how to optimize their DAPPs and save on gas fees as much as possible.

Kromatika also tried to optimize its DAPP and provide as low gas fees for its users as possible. While our smart contracts have been optimized for lower gas cost, still it was not enough. We went even deeper into trying to find solutions on how to avoid Kromatika limit traders to pay gas fees.

The solution has been found !!!

We are thrilled to announce that Kromatika is the first ever GASLESS limit order manager for Uniswap. 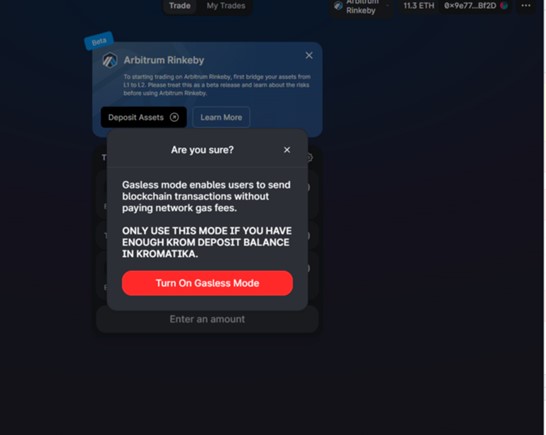 The solution sounds simple: We relay the gas fees to someone who is willing to pay them.

It sounds simple, but it was tricky to explain and implement. That someone needs to be compensated for its effort of relaying the transaction and covering the gas fees. We are calling them Kromatika Relayers.

Kromatika Relayers are small micro-services, running on the bullet proof OpenZeppelin technology, accepting requests from Kromatika users and submitting their transactions onto the Ethereum blockchain network to be confirmed by the miners.

Kromatika Relayers are publishing the transactions on the blockchain on user’s behalf, thus covering the ETH gas fees.

But how Kromatika Relayers are getting compensated for their service.

That’s right. Kromatika protocol gives the opportunity to its users to use KROM for compensating the Relayers. Note, this feature is experimental , optional and every user can decide to enable gasless mode individually. By default, the mode is disabled and ETH gas fees are being paid.

Lets see how the user interaction with Kromatika is, when gasless mode is enabled: