What is NEAR protocol and why is it growing? 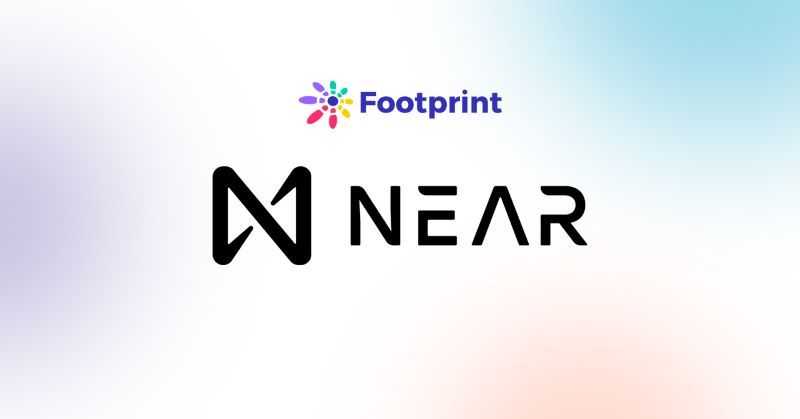 NEAR protocol is a scalable smart contract platform that supports decentralized applications of almost any kind. Its token, NEAR, can be used to pay for transaction fees and storage as well as for staking by token holders who participate in achieving network consensus as transaction validators.

Proximity Labs, a newly formed DeFi DAO focusing on NEAR’s DeFi sector, aims to distribute up to 40 million NEAR tokens over the next four years.

Footprint Analytics: TVL of NEAR

Footprint Analytics: Token Price and Trading Vol of NEAR

That of NEAR totaling $800M has made a record high, which was announced by NEAR Collective on 25 October 2021.

NEAR’s mainnet went live in April 2020. The protocol is a blockchain network designed to provide a user-friendly environment for decentralized applications with greater capacity, higher throughput, and better compatibility with other chains. End-users and developers can easily create their own scalable, sustainable blockchain-based applications using NEAR’s development suite.

NEAR aims to achieve 100,000 TPS at 1 million  nodes per second by introducing the elements such as:

NEAR uses the Proof of Stake (PoS) system as its consensus mechanism. With PoS, nodes that can become transaction validators must stake their NEAR tokens to be considered for participation.

According to Footprint, NEAR has received two rounds of fundraising—$21.6M in May 2020 and $30M in August 2020—from venture capital firms, such as Coinbase Ventures,  Andreessen Horowitz (a16z), Blockchange Ventures, and Pantera Capital. 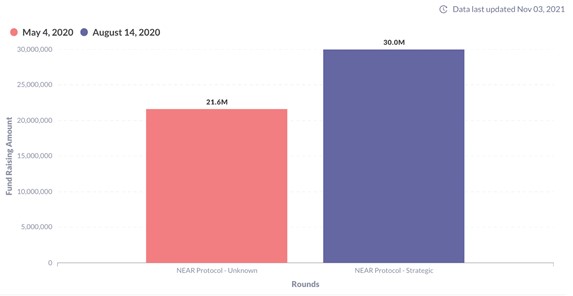 Footprint Analytics: two rounds of fundraising of NEAR

Native DeFi of the NEAR Ecosystem

With the launch of the Rainbow Bridge and other core components, NEAR has begun to establish its native DeFi sector.  The following two projects are now live on NEAR.

Ref.finance is a native NEAR AMM as well as the first DeFi platform of the NEAR ecosystem designed for swapping, farming, and staking. Leveraging NEAR’s 1-2 second finality, low costs, as well as its user-friendly and interoperable infrastructure, Ref.finance’s TVL surpassed $110M just two months since its inception in August 2021. 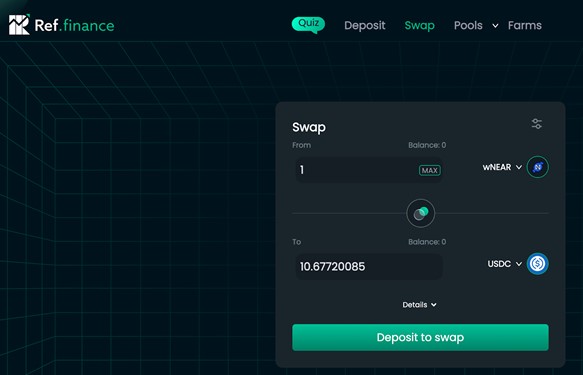 Metapool was launched in September 2021, currently at the early stage of development.

The other DeFi platforms include:

From the data above, NEAR’s DeFi is still at an early stage after an 18-month infrastructure construction. Being fast, cost-efficient, and user-friendly, NEAR offers opportunities for new protocols, applications, and experiments.

Some of the possible ways to participate in the NEAR network include becoming a POS validator by staking NEAR and earning rewards or seizing the moment and creating an innovative DeFi application on this fast-growing platform.

The above content above is for reference only and does not constitute investment advice. If you spot any errors, feedback is welcome.