What is Neblio? A Distributed Platform for Enterprise Applications 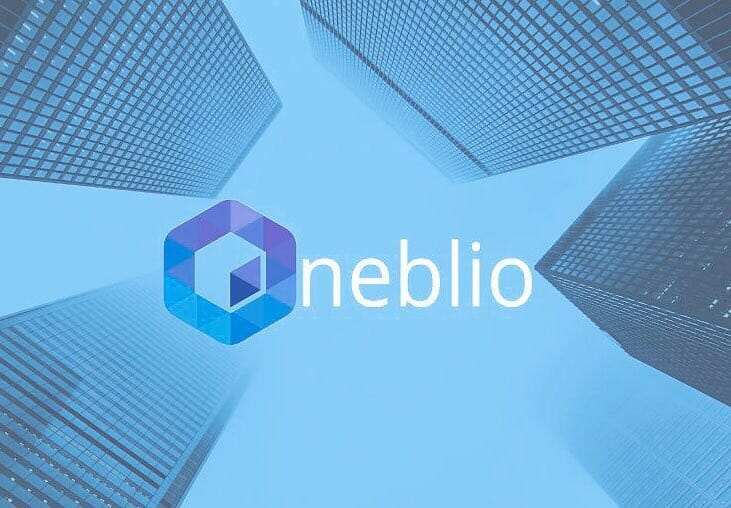 The rapid growth of blockchain technology has produced a spectrum of new, emerging platforms that offer stable, robust, and highly efficient feature sets. Blockchain platforms are now being seriously considered by large-scale organizations as a viable solution to the issues of inefficient conventional platform architectures.

Until recently, blockchain networks have been unable to keep up with the demands of enterprise-level requirements — an industry hurdle that Neblio appears to be ready to change.

There are a number of enterprise applications that have taken advantage of the benefits of blockchain tech, such as shipping giant Maersk who has teamed up with IBM to commercialize blockchain supply chain solutions. However, the integration of blockchain technology is costly and time-consuming, requiring a scarce, specialized coding knowledge.

Neblio, however, is a next-generation blockchain network that aims to make enterprise integration seamless, simple, and cost-effective. Focusing on decentralized apps, Neblio operates on a native token called NEBL, which has recently gained more than 53% in the last week.

In this article, we’ll proceed to break down the Neblio solution and tear down its technical aspects in order to find out whether it’s a scalable, viable blockchain solution for enterprise applications and services.

Neblio is a new decentralized application-centric blockchain launched from a successful ICO that concluded in August 2017. Focused on bringing businesses on to the blockchain,

Neblio offers a suite of solutions that are intended to streamline the process of integrating blockchain technology in a simple and efficient manner.

Neblio’s marketing materials and white paper are decidedly elementary in tone, taking care to explain the basics of distributed ledger technology— no doubt in order to appeal to the large-scale business demographic that the platform is focused on serving.

In short, Neblio wants to make it easier for businesses to begin developing and using distributed apps, eliminating the steep learning curve associated with creating dapps from scratch. To achieve this, Neblio provides users with a suite of RESTful APIs in almost all popular programming languages. These APIs allow programmers to interact with the Neblio blockchain in an intuitive manner.

Neblio is driven by co-founders Eddy Smith and Ann Jackson, who are supported by two technical advisors — Riley Stockton, a data science expert with experience in RESTful API integration and Samer Afach, a Ph.D. in atomic and particle physics. The Neblio Github shows strong and consistent development on a regular basis — a good sign for a platform recently out of the ICO phase.

Neblio provides a range of use cases for their solution, outlining potential applications such as a secure medical records management system, a method of ensuring regulatory compliance and generating audit trails, and a channel of communication for IOT devices to interact with and authenticate each other (similar to IOTA).

The Neblio solution is more or less a “Swiss Army Knife” of decentralized application development aimed squarely at slow-moving enterprise applications and services. This company goal is described succinctly in the Neblio white paper as “simplification as an enterprise adoption driver.”

The Neblio ecosystem is driven by the NEBL token and uses a proof of stake (PoS) method to achieve consensus on the Neblio blockchain. Unlike the proof of work (PoW) consensus method — as is used in the Bitcoin and Ethereum blockchains — Neblio requires network users to “stake” NEBL tokens as “votes” towards ledger consensus.

The core driver of the Neblio solution is the Neblio API Suite. Businesses working with Neblio will create NTP-1 tokens on the Neblio blockchain in order to power their dApps, which can then be used in a broad range of use cases. The Neblio API suite makes it possible to generate functional blockchain-based distributed applications in the following languages:

Where is Neblio Trading?

NEBL is currently trading primarily on Binance, which accounts for 97.3% of its total volume. Roughly 75% of all NEBL volume is traded in BTC, with only roughly 22% traded in ETH.

Neblio has recently experienced a surge in value, trading up more than 20% in the past week at the time of this report. Neblio’s current market cap sits at around $176 million USD.

The Neblio Roadmap shows that they have already released an Electrum Lite Wallet as well as an Android app. The Neblio iOS app has been submitted to Apple for approval on the App Store. With RESTful APIs for interacting with the Neblio network finalized, Neblio is currently gearing up for a Q2 2018 marketing campaign launch and the beta launch of their Neblio APIv2 solution. Neblio aims to implement and deliver the final Neblio API Suite v2 solution by Q4 2018.

Officially announcing Neblio Orion now in PRIVATE BETA!! Orion is our web wallet with NTP1 support! Not only can you now send & receive NEBL from any browser, but you can also create a brand new NTP1 token in just 2 clicks or send & receive your existing NTP1 tokens! pic.twitter.com/SNYUR0ZTqD

The Future of Neblio

Neblio may not be making any cutting-edge advancements in the development of blockchain technology, but they are making the process of creating and integrating distributed apps far more appealing and cost-effective to large-scale businesses, which will ultimately drive further cryptocurrency adoption.

With the Neblio marketing campaign about to launch and a beta launch of the Neblio APIv2 solution inbound, Neblio could potentially make significant inroads towards bringing blockchain tech into the mass business world.