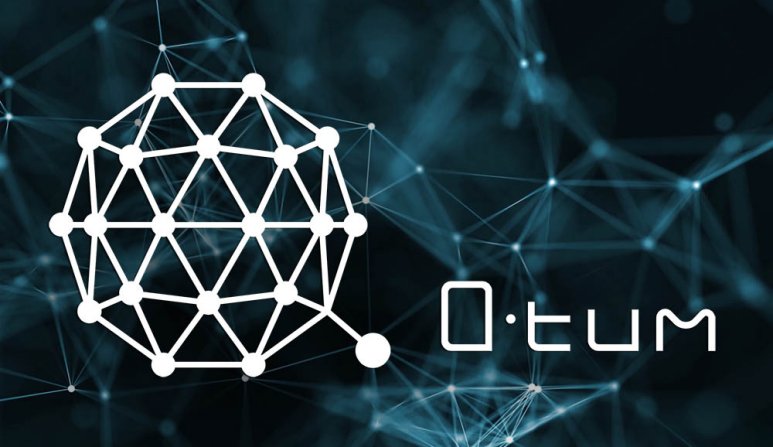 QTUM is an open-source blockchain and cryptocurrency developed/maintained by the QTUM foundation. It is a decentralized Blockchain application platform, capable of running smart contracts on multiple virtual machines, with Proof-of-Stake consensus.

In a way, the QTUM blockchain is a hybrid of Bitcoin and Ethereum blockchains and can be used like Ethereum to deploy smart contracts and DApps that do not have a single point of failure.

Well, it is because Qtum’s infrastructure is rather different compared to Ethereum and promises more scalability and security in the future. To know how, read on.

Watch this short video for a better understanding:

In its simplistic form, QTUM developers took Bitcoin core’s code and changed its consensus mechanism from POW to POS and then implemented Ethereum’s EVM (aka Ethereum Virtual Machine) over the modified Bitcoin code base.

They have decided to retain Bitcoin’s code because of its UTXO accounting model which, in the future, will help QTUM incorporate all the important Bitcoin Improvement Proposals. They have also stuck with the Ethereum virtual machine with a proof-of-stake consensus because businesses around the world prefer to use a POS model for their enterprises.

Under the hood, creating such a hybrid is no child’s play. For this, QTUM uses something called AAL (Account Abstraction Layer) in between EVM and Bitcoin’s code so that they can both communicate.

The blending of Bitcoin and Ethereum gives QTUM the reliability of Bitcoin’s blockchain and the capacity of Ethereum blockchain to run any code or DApp on its blockchain without any single point of failure.

Apart from that, they are backed by some notable VCs and prominent people from the Blockchain community.

If you compare the QTUM ICO with the recent ICOs, it may appear modest but during their ICO conclusion last year, it raised a whopping $15.6 million – the fourth highest in the cryptocurrency sphere at that time.

A total of 51 million QTUM tokens were distributed in the QTUM ICO from a total of 100 million created QTUM supply at the time of Genesis, plus ~1% annual Proof of Stake (PoS) inflation.

According to CoinMarketCap, the total circulating supply of QTUM is 100,327,656 QTUM.

How To Buy QTUM cryptocurrency

For good projects like QTUM, there are enough exchanges that provide decent liquidity while buying and selling it, check all markets here.

QTUM has sufficient wallet infrastructure across all mediums in just one year of existence, which shows the dedication of the team.

Of these wallets, QTUM can be staked on desktop wallets for earning passively in the form of staking dividends. For ‘X’ amount of QTUM holdings, you can expect approximately 5% annual returns. You can check the same here, their staking calculator.

Also note that staking cannot be done in mobile wallets. It is currently not possible in hardware wallets either, but will soon be possible on Ledger devices. 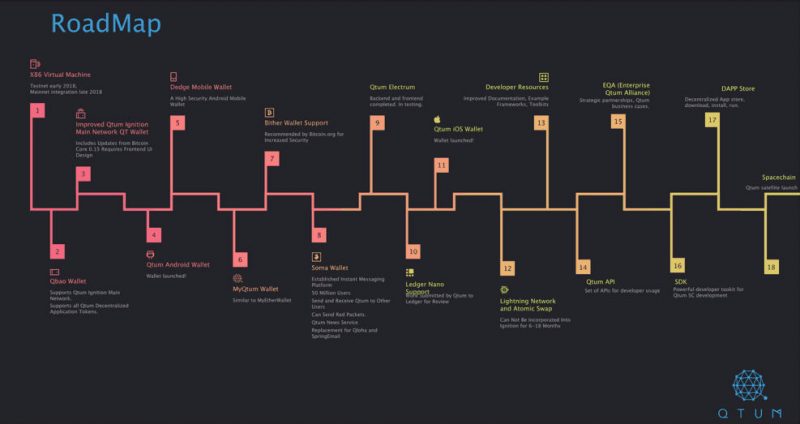 Conceptually, if you ask me, QTUM’s future looks very bright because with a Bitcoin code base it will be able to incorporate Bitcoin’s improvements like Sewgit, Lightning etc and with EVM it will be able to host any Ethereum-based DApp or smart contract.

It may not seem very significant right now, but in the future, with the multitude of apps being built on QTUM, this innovation will help QTUM scale quickly.

Also, QTUM is a mobile-friendly infrastructure where you can deploy smart contracts from mobile-like lightweight interfaces too.

Currently, Qtum hosts more than 20 DApps, the ICOs of which were executed on the QTUM blockchain itself.

The only worrisome aspect is the fact that projects like Ethereum have a strong user base and alliance. It will be interesting to see how QTUM goes further considering it doesn’t have as strong a user base. However, working on the alliance and user base is part of QTUM’s roadmap.

I feel this space is not a zero-sum game and that more than one blockchain platform for smart contracts and DApps can definitely exist.

That is all from my side in this introductory article on the QTUM project. I will soon be back with some new blockchain product round-up.

Until then, stay tuned and keeping enjoying the blockchain revolution.

Some official links that will keep you updated on QTUM: