What is Steem and is it a Good Investment? 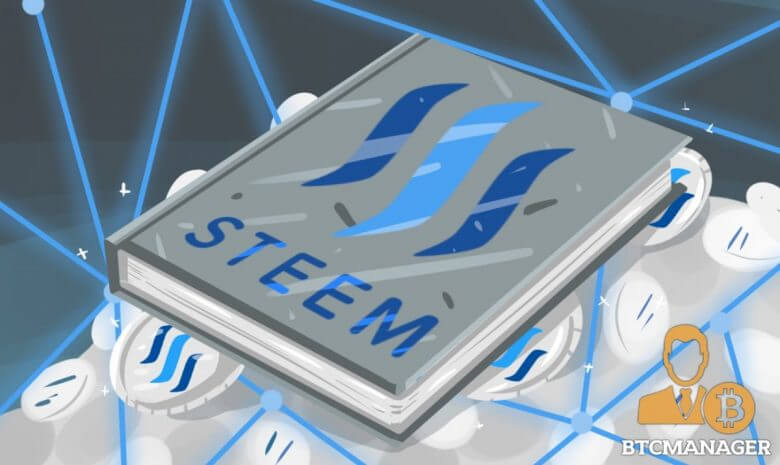 The altcoin market has grown into a $400 billion market since the first altcoin, Namecoin, was launched in 2011. Today, there are almost 1,500 altcoins that investors can choose from when constructing their digital asset portfolio. One of these altcoins is Steem (STEEM), which has established itself as a popular cryptocurrency since its launch around two years ago.

What is Steem (STEEM)?

Steem (STEEM) is a decentralized cryptocurrency that runs on the Steem blockchain, which powers the Steemit social media and blogging platform. The digital currency STEEM is not mineable like bitcoin or ether. Instead, the Steem blockchain allocates the majority of newly produces STEEM tokens into a reward fund, which is used to pay Steemit users for contributing to the platform. Additionally, Steem – like most cryptocurrencies – can also be used to make digital peer-to-peer payments.

Steem is primarily used on the Steemit platform. However, there are also a handful of other social media networks that support STEEM, such as Steepshot, Busy, and the Esteem app.

Currently, Steem has a market capitalization of $1.5 billion and ranks in the top 25 of the largest cryptocurrencies. Its daily trading volume is at around $50 million, and it can be traded on leading altcoin exchanges such as Bittrex and Poloniex, among others.

Founded by Ned Scott and Dan Larimer of BitShares in 2016, New York-based Steemit, Inc. created a censorship-free Reddit-like social media and content creation platform that financially rewards users in the form of cryptocurrency for contributing and curating content.

Steemit has managed to grow its user base to over 500,000 users in less than two years as it has become particularly popular among cryptocurrency enthusiasts in developing countries who see the value in being rewarding financially for their content contributions as well as curation efforts on the platform.

What is the Difference Between Steem, Steem Power and Steem Dollars?

When setting up an account on Steemit, you will discover three different digital currencies in your Steemit wallet; Steem (STEEM), Steem Power (SP), and Steem Dollars (SBD). For contributing to the platform, you can earn the three digital currencies mentioned above as rewards.

Steem (STEEM) is the cryptocurrency that powers the Steemit network. Steem can be used on the Steemit platform to gain Steem Power (SP) through a process called “powering up” or to buy Steem Dollars (SBD). As a liquid digital currency, it is convertible into fiat and other digital currencies on cryptocurrency exchanges such as Bittrex, Poloniex, UpBit, and HitBTC. STEEM also dictates the value of the rewards that are paid out to users for contributing to the platform.

Steem Power (SP) is the Steemit platform’s internal currency that cannot be traded on digital currency exchanges. Steem Power has two functions. Firstly, it provides users with more influence on the platform to award higher rewards to users and receive higher rewards for curating content on the platform. Secondly, Steem Power provides holders with a share in the Steem reward pool. Hence, there is a strong incentive for Steemit users to gain as much Steem Power as possible through contributing to the network and by converting purchased STEEM into Steem Power.

Steem Dollars (SBD) is another internal currency on the Steemit platform. Steem Dollars are effectively IOUs that are worth one dollar worth of STEEM tokens when redeemed. The idea behind the Steem Dollar is to prevent a volatile exchange rate of the platform’s internal currency to deter users from interacting on the platform. The Steem Dollar can also be traded on several major exchanges and has a market capitalization of around $50 million with a daily trading volume of approximately 25 million according to CoinMarketCap.

The way Steemit’s crypto-economy is structured it encourages user activity, and investment, as users benefit financially from contributing and curating content and from purchasing more Steem Power to ensure a larger piece of the Steem rewards pie. The Steemit platform is, therefore, poised to continue to grow in size, which, in turn, will be beneficial for STEEM holders.

Should You Add Steem to Your Portfolio?

The value of STEEM is closely tied to the success of the Steemit platform. While there have been questions about the legitimacy of the Steemit platform with some critical users referring to it as a Ponzi scheme, Steemit has managed to onboard over half a billion users since its launch in 2016, which shows the potential that Steemit has as an incentivized social media network. Furthermore, Block’tivity indicates that Steem’s blockchain has the highest activity score, with more transactions than Bitcoin and Ethereum combined.

If Steemit manages to keep its leadership position as the go-to get-paid-to-post content creation platform and manages to establish itself as a reputable global social media network, then STEEM tokens will most likely be worth a multiple of where they are trading now.

Having said that, social networking is a very competitive market with well-funded players, such as Facebook, which could easily change their business model to also reward their user bases for interacting with their platform. At this point, it would be tough for Steemit to compete and the value of its digital token would eventually decline.

Investing in STEEM – like all altcoins – is a very risky affair. However, STEEM is a token with a lot of upside potential as its underlying platform is still the market leader in a highly popular new market segment that has the potential to witness increasing demand in the future. Therefore, by investing in Steem, you are indirectly investing in the future success of the Steemit platform. If you believe Steemit will succeed, then adding some STEEM to your digital asset portfolio makes sense.

PrevPreviousWhat is Blockchain Technology? A Step-by-Step Guide
NextWhat is U.CASH?Next