What Is VeChain? (VEN, VET) 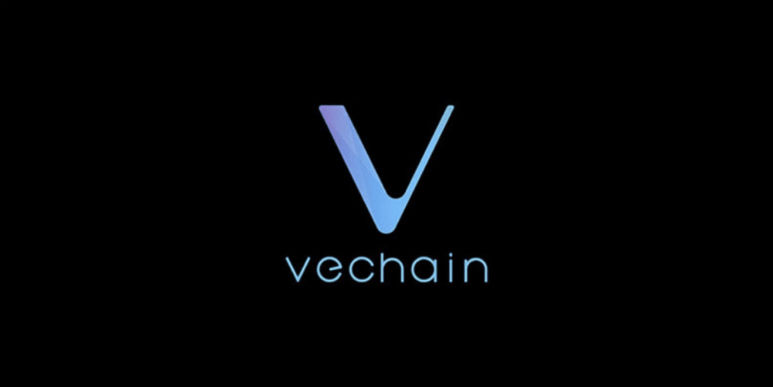 For starters let’s talk about rebranding to clarify some things, when created and up until recently VeChain was known just as “VeChain” and it’s associated Token was “VEN”,  recently they rebranded to “VeChainThor” and the new associated Token is “VET”, many websited still refers to it with the original VEN association like Coinmarketcap witch adds up for the confusion.

VeChain is a blockchain-based smart contract platform which focuses on business applications related to inventory quandaries and, more broadly, tracking. Like most smart contract platforms, VeChain relies on and currently requires Ethereum. In a late-Feburary, 2018 event, CEO Sunny Lu announced the platform would from there forward be called VeChain Thor.

PoA is what one might call a “fusion” blockchain. It combines the old-world centralization with technological enhancement. It also removes many of the sticking points with governments, being based entirely on the identity of the validator as opposed to the consensus of the network. Authorized nodes validate all transactions.

Its technological improvements focus on high frequency and high speed transactions, as well as the manufacture and shipping of developer kits which will make it easier for other companies to get going with VET; it is developed and supported by the VeChain Foundation, a non-profit based in Singapore.

One of the strategies that VeChain seems to have employed in its success so far has been the envisioning and execution of real world use cases. Here is a list of uses they’ve come up with themselves:

Asia’s massive industrial sector has greater needs than ever before, and most of the important ones can in one way or another be impacted by the blockchain. Imagine trying to keep track of a million or a billion of anything. Even for the most powerful computers in the world, to do these things is an arduous task. For many of VeChain’s use cases, an industrially ready-to-roll NFC chip is exactly what the doctor ordered – and here we apparently see one being physically produced last year.

In business, the fastest way to make money is to build a better product. VeChain’s people began meeting in June, 2015 (source) while still working at a Chinese blockchain firm called BitSe. BitSe held strategic partnerships with Blockstream and PwC but appears to have done little else besides serve as the incubator for what would become VeChain. BitSe CEO Sunny Lu, together with a number of partners, decided to build atop the Ethereum blockchain in 2015 after about two years in business.

They determined early on that the problem with decentralized technologies was the decentralization of the people and therefore their mission. What follows is from their current “About Us” page:

The general blockchain community aims at a high degree of autonomy or decentralization, allowing community participants to diversify their decision-making advice and to vote on important matters. However, such behavior is inefficient or unresolved because of the diversity of participants’ opinions, which is not conducive to the continuous iteration and evolution of the Blockchain technology. Moreover, the bifurcation behavior of the blockchain is caused by the serious divergence of views.

Thus, to sum up the VeChain vision in a phrase: harmony in governance. VeChain makes an important point that is often drowned in the drumming of prices and hype bubbles growing on the side of crypto rocket ships – every now and then you have to stop arguing and start getting things done, or your customers suffer and so do you in turn.

Around the world, compliant companies are required to have what are known as disaster recovery plans. In an upstart industry like the blockchain space, continuity is something people doubt at a daily, if not hourly, rate. The VeChain Foundation itself has implemented the first Cryptocurrency Disaster Recovery Plan. As a non-profit, their development of projects and ideas such as this is their contribution and value to the economy as a whole; but in the case of VeChain, they are also handling a sum of almost 41% as of January, 2018, so it is more important that they have a transparent and consistent method of securely storing all that crypto.

China and Other Partnerships

In the same way that most cryptocurrencies have had to find their “killer app,” . The driving force behind the market excitement surrounding VeChain is its big name partnerships.

The 13th five-year plan from the Chinese government (2016) called for significant investment into blockchain technologies. While VeChain are not the only outfit to receive some form of official nod (NEO being another notable effort) from Beijing, they seem to have made the most of it, and their price is reflecting it.

At the same event where the VeChain Thor rebrand was announced, a partnership with BMW Startups was also mentioned. Having seen its share of nonsense over the years, some in the crypto community doubted the legitimacy of this claim, but BMW confirmed.

On the heels of all this good news, a high-volume exchange in Korea, Bithumb, listed VET tokens, and volume seemed to significantly pick up.

Over a roughly 3 year history, needless to say, VeChain, through its various iterations, all of which include some participation of Sunny Lu, VeChain has proven itself a valid and likely candidate for more stringently regulated companies as well as government agencies considering blockchain ventures.

In the chaos created by any great technological revolution, the question of whether something will “work” or “get funded” or “have utility” long-term loses importance for a period. Examples of this from the industrial revolution include such instruments as the , which . The professionalism and non-confrontational (with regulators) attitude of VeChain’s founders could only be called a wise decision. At time of writing, several successes have propelled the token price well beyond the $2 mark, placing it among the top 20 cryptocurrencies in the world.

During the blockchain revolution, we’ve seen it dozens of times. Ideas are simply described in vague terms, technology is assumed to be deliverable 100% of the time, and reality takes a back seat to excitement and hype.