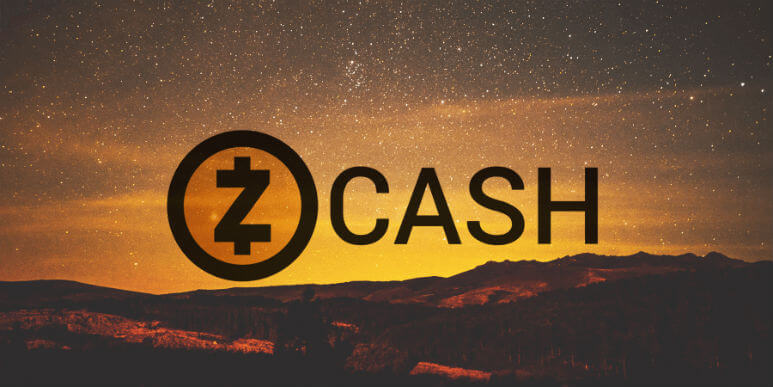 Most conversations about cryptocurrencies generally begin and end with bitcoin. But the original cryptocurrency suffers from serious drawbacks. In addition to its high transaction fees, bitcoin has a fundamental privacy flaw. The idea of a public and transparent blockchain is an attractive one, but it challenges modern notions of privacy. While it could tamp down on criminal activities, broadcasting financial transactions publicly could easily cause problems for users. For example, a tax-related transaction on a public blockchain could reveal a user’s personal data. Similarly, private business-related transactions available on public blockchains could prove problematic.

Zooko Wilcox, Founder and CEO of Zcash, told Investopedia, “Zcash is a new blockchain and cryptocurrency which allows private transactions (and generally private data) in a public blockchain. This allows businesses, consumers, and new apps to control who gets to see the details of their transactions, even while using a global, permission-less blockchain.”

Zcash is a privacy-focused blockchain and cryptocurrency that was developed in response to bitcoin’s flaws. It uses the same algorithm as bitcoin but improves upon it by enabling semi-transparent processing. In simple words, this means that it eschews the radical transparency of bitcoin’s blockchain for a more nuanced implementation. In this implementation, user transaction data is revealed selectively.

Zcash’s roots lie in Zerocoin, which was developed in the 1980s. It was developed by Matthew Green, currently a professor at John Hopkins University. Back then, he was a graduate student at the institution. Zerocoin employed a novel, sophisticated mathematical technique called zero-knowledge proofs in order to conduct blockchain transactions. The proofs ensured that the transaction’s contents remained anonymous even as the transaction was publicly visible on a decentralized ledger.

But that iteration of Zerocoin had several drawbacks. They are outlined in the Zcash whitepaper. The first one was the CPU-intensive nature of its calculations. The average size of transactions using Zerocoin was greater than 45 k and required 45 ms to verify. “The entailed costs are higher by orders of magnitude than those in bitcoin and can seriously tax a bitcoin network operating at normal scale,” the paper’s authors write. Second, the Zerocoin implementation provided restricted functionality. For example, an exact value was not transmitted. Users were limited to transmitting fixed values defined in the system. Further, the system did not possess a native cryptocurrency and did not hide metadata (such as transaction amount and date) from public ledgers. 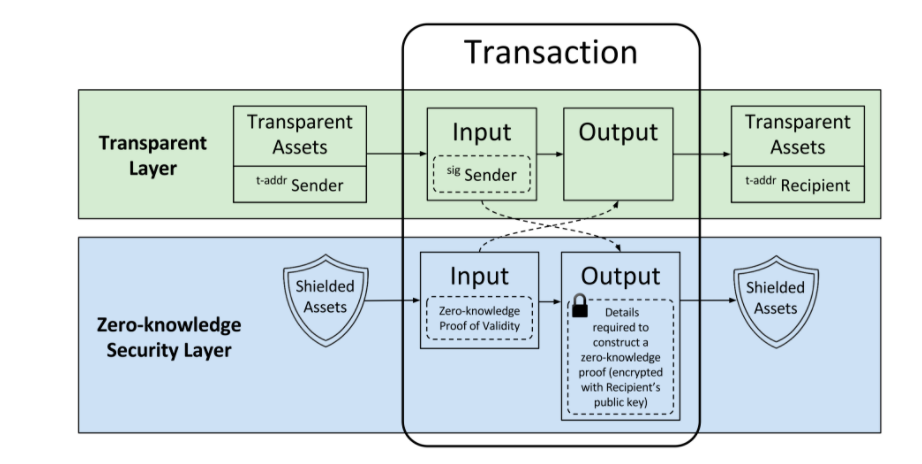 ZCash claims to even out Zerocoin’s deficiencies using zk-SNARK, a zero-knowledge proof that is “succinct” or short and easy to verify. The proof enables the transaction to occur without actually divulging its contents. Essentially, it fulfills the requirements of bitcoin without sacrificing anonymity. The three essential requirements for bitcoin are as follows: the coin has not been spent previously, authorization for senders, and input equal to output.

While the transparent and decentralized nature of cryptocurrencies has multiple applications for consumers, their use within the financial ecosystem presents problems. This is primarily because radical transparency is anathema to a financial system built on secrecy. It is impossible to run a completely transparent marketplace. If transactions involving market positions and balances were to be made public, it would be fairly easy to game the system between competitors. Another consequence would be a logarithmic increase in their rate, resulting in a frenetic pace of changes to the market. As flash crashes due to high-frequency trading have already shown, such developments can be harmful to the overall health of markets.

To that end, Zcash claims to have invented a new type of distributed ledger called “zero-knowledge security layer” or ZSL. ZSL can be stacked on top of existing blockchain for enhanced functionality. It supports semi-transparent transactions, which can be used in financial marketplaces. Such transactions make it possible to reveal data selectively. For example, they can divulge necessary data, such as date and time of a transaction, for public blockchains, but do not reveal critical details, such as the identity of transacting parties and the amounts involved. Financial powerhouse JPMorgan Inc. (JPM) has already inked a partnership with Zcash to use its technology for Quorum, an enterprise-ready distributed ledger, and smart contract platform.

Another important application of Zcash lies in protecting consumer data. Financial transactions on a public blockchain are transparent and, therefore, less susceptible to manipulation by intermediaries and gatekeepers. But such transparency comes with its own set of problems. For example, it makes all financial information relating to all transactions completely transparent. In an interview, Samuel Cassatt, Ethereum’s chief strategy officer, explained that using zero-knowledge proofs allows users to understand the contents of a transaction without displaying them. For example, it enables users to pay their medical bills without displaying their contents on a public blockchain. It can also be used to show that a user has made tax payments without displaying details, such as total amount paid and deductions.

Zcash in the Markets

Zcash’s genesis block was first mined on October 28, 2016 and has been available for trading since. It is currently available for trading at popular cryptocurrency exchanges like Huobi, Binance and the Winklevoss’ Gemini exchange. During its launch, it was priced at $4,293.37. But its price crashed by 98.8% to $49 within two months. The rise in cryptocurrency prices and valuations has been good for Zcash. In the last year, its price shot up by 1,108%. This year, it peaked at $876.31 during the first week of January but is down nearly 48% YTD as of May 14, 2018, mirroring the market’s general slump.

But it might have a bright future ahead. In addition to industry partnerships, Zcash has also received a vote of confidence from investors. In a note earlier this year, Grayscale Investments predicted a price target of $60,000 in 2025. The note’s author, Matthew Beck, identified two primary reasons for his enthusiastic estimate. The first one is Zcash’s similarity to bitcoin. According to Beck, the similarity in economic models between ZCash and bitcoin means that it might become a store of value, like bitcoin, in the future. The second reason for Zcash’s future growth is its emphasis on privacy. Beck states that this makes ZCash amenable to becoming an offshore investment vehicle. “We think of ZEC as the first globally accessible ‘offshore’ investment opportunity, or a Swiss bank account in your pocket, so to speak,” he writes. The third reason for Beck’s bullishness is Zcash’s fungibility. “Since the absence of knowledge about the source or prior use of ZEC is generally accepted as a feature of the Zcash Network, the costs of accepting all ZEC are the same,” Beck states, adding that this property is “necessary in order for [a currency] to become a liquid medium of exchange.”

Zcash is a blockchain and cryptocurrency developed to overcome bitcoin’s privacy flaws. Because it uses zero-knowledge proofs to verify and validate transactions, Zcash’s blockchain has practical utility for businesses and large organizations interested in systems that combine the benefits of blockchain technology with privacy.

PrevPreviousInvestment Platform Giant eToro Expands Into U.S. Market
NextWhat is NEO? Everything you need to know about NEO and it’s dAppsNext