What Problems is izumi Finance Solving for Uniswap V3 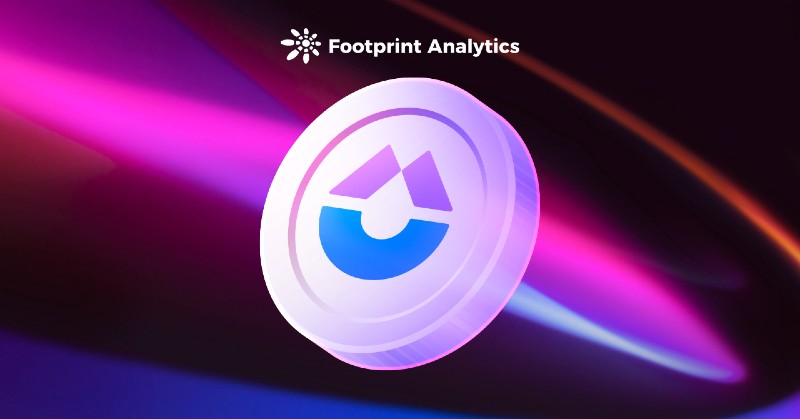 How will izumi change the battle between Uniswap and Curve for top DEX?

Launched on Bybit in December, izumi Finance is the first programmable liquidity mining protocol which optimizes liquidity allocation and enables the protocol to deliver rewards precisely and efficiently over certain price ranges. Within a week of launching on Polygon in January, its USDT/USDC pool grew to provide 70% of TVL for Uniswap.

Pledging iZi, the protocol’s token, earns users veiZi, and holding veiZi earns up to 2.5x incentives in Uniswap V3 liquidity mining. In addition, it is possible to participate in the governance of the DAO by initiating votes or proposals.

In this article, we’ll explain izumi’s unique DeFi model and how the protocol managed to grow so rapidly.

Uniswap V3 was hailed as a huge upgrade to Uniswap because LP tokens were replaced by LP NFT for liquidity mining. The liquidity provided by LP is limited to a certain price range, from zero to infinity.

However, the cryptocurrency market is highly volatile, and most liquidity providers are unable to keep track of the price range of LPs to adjust. This leads to impermanent loss. This is one of the reasons why Uniswap V3 didn’t yet surpass Curve.

Here’s how izumi aims to solve this problem:

At this point, based on data from Footprint DeFi 360 (Project Operation Data Analysis Panel), I will analyze the distribution of izumi’s TVL across different public chains and LP token pools, as well as its user data and competitors.

In terms of specific models, TVL is mainly provided by Liquidity Mining from both Fixed-range and Dynamic Rang models. TVL for Farming is higher than Staking (One Side).

izumi has accumulated $19.50M in TVL in less than 90 days since launch. The TVL of iZUMi’s USDT/USDC farming pool on Polygon has reached $6M, which is 70%+ of the total USDT/USDC TVL on Uniswap V3 Polygon. 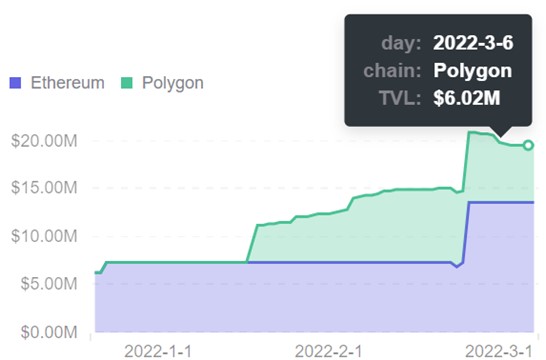 Holding iZi can be pledged to earn rewards according to the One Side model.

In terms of public chain distribution, iZi is mainly pledged on the Ethereum chain, which is the opposite of Farming. The main reason for this is that the Gas Fee on Polygon is lower, making it easier to take out the proceeds of liquidity mining.

In terms of the distribution of users pledging iZi, it is mainly concentrated on Polygon, with relatively few players on Ethereum.

From the pool capital distribution, the USDC/USDT pool is more popular. There are more than $870,000 of iZi was pledged in Ethereum’s USDC/USDT pool.

8% of Ethereum users pledged more than 93.65% of iZi. It could be inferred that mostly Ethereum whales hold large amounts of iZi. Deposited a large capital to the model.

In February, izumi attracted more users by posting tasks to capture flow, but the retention of users showed a small amount of churn.

In terms of on-chain distribution, fewer users on Ethereum, mainly big whales. More users on Polygon with most general players.

As an emerging project, izumi’s overall user growth trend is up. In February, 99.54% of the growth came from Polygon.

Judging by the active addresses, users are concentrated on Polygon. Primarily, users of Polygon are quite active in February. This is roughly similar to user additions and the growth of farming.

Monthly transactions per active address show a decreasing trend. The main volumes are the result of the whale’s activity on Ethereum in December. Since January, retail investors have been active but trading in small amounts. 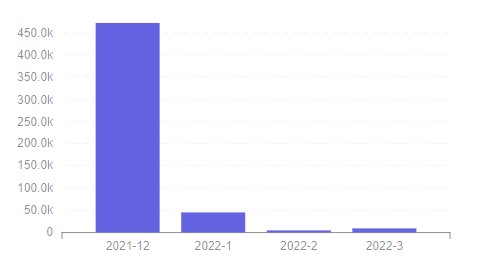 – Key features of the protocols as follows

The price of iZi is trending lower, which is related to the current overall downward trend in cryptocurrencies and the impending bear market.

Token price is fluctuating around $0.05 and trading volume remains at a daily average of about $160,000.

izumi’s user growth is concentrated on Polygon rather than Ethereum, and farming is still more popular than staking.

izumi could consider integrating with a public chain like Solana for a lower gas fee than Ethereum. Perhaps, the C-AMM Bridge model will be a useful innovation once it launches.