Where Did Bitcoin Come From? Exploring the Past of the World’s Most Famous Cryptocurrency 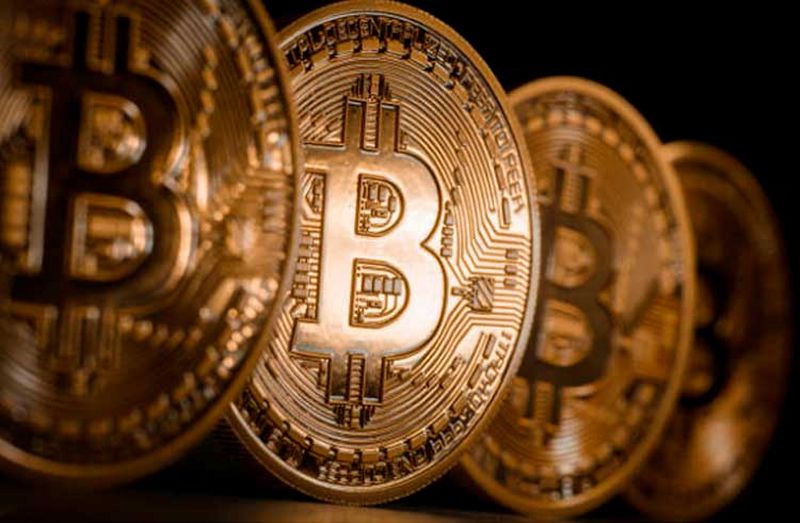 From niche geek to Wall Street chic, bitcoin has come a long way in just a few short years.

When considering the lifetime of legacy assets like Tesla, IBM, Apple, or really even the Dow Jones itself- traditional stock market assets generally take decades to rise from mere pennies to billions of dollars. For bitcoin, the world’s most infamous cryptocurrency took off in less than eight years. The history of what is now often considered the household name of cryptocurrency is an impressive example of exponential growth, soaring adoption, and continued focus on just how far technology can bring us.

Cryptocurrencies are about more than being just another asset to speculate on that pads a healthy portfolio. The history behind the popular coin is an excellent example of why bitcoin is becoming increasingly important to the geopolitical spectrum, as well as the basic infrastructure of our everyday lives. As more people begin to understand the underlying promise of bitcoin, new users flock to exchange platforms like Bitvavo in hopes that these novice friendly places can help them better invest their money. What they learn is that they’re making an investment in much more than just the stock market.

Bitcoin is a digital currency that functions more similarly to an asset. But what exactly does that mean? Bitcoin has the potential to work similarly to that of fiat, only without the functional property of notes. Think of it more like a debit card, or online bank account. You can pull real cash out, even use ATMs. You can use your bitcoin to invest in business startups, donate to charities, even buy groceries in some places. It’s a borderless payment system that translates to any currency or country on earth that accepts it. Transactions across the globe occur in seconds. Associated fees are low. And perhaps the best part- you don’t need to offer up any sensitive details when you transact bitcoin. Unlike checking account numbers or IBANs, a bitcoin transaction will never be directly linked to your bank account, and when done correctly- it won’t even be linked to your identity.

In some ways, bitcoin is even better than currency. It’s decentralized, so your accounts can never be frozen or seized by the network. There are no administrative fees or credit scores. It’s not subject to inflationary practices like quantitative lending. In some countries, bitcoin gains don’t accrue taxes. You can send any amount of money, to anyone else with a bitcoin wallet, anonymously, quickly, and cheaply. So, bitcoin is in fact a currency- something to be exchanged for goods, services, or simply traded amongst users. But it functions more like an asset, so how does that work?

When it’s said that bitcoin functions like an asset, that means that when bought and kept, it will gain value all on its own. You can make money off of bitcoin, just by owning bitcoin. Similarly to gold, bitcoin has been shown, particularly this year, to rebound more quickly than other legacy markets during an economic downturn. The coin has value, even when people don’t have a ton of disposable income. Part of this may be down to the origin of bitcoin itself.

Where Did It Come From?

2008 was a hard year for the world. Known better as the “Global Financial Crisis”, nearly no one was left untouched by the devastation that was brought on by the recession. Largely caused by excessive, unregulated, and wholly unnecessary risk taking from centralized banking institutions. Quickly becoming the most severe global financial crisis that had been seen since the Great Depression. In October of 2008, a little-known white paper, written by the mysterious author(s) “Satoshi Nakamoto”, emerged.

This paper detailed how using peer-to-peer, or rather, person-to-person, network could reasonably create a reliable, trustless currency network. Meaning we would no longer need to rely on the big banks that had so devastatingly failed us in order to send, receive, and use funds. Saying frankly “A purely peer-to-peer version of electronic cash would allow online payments to be sent directly from one party to another without going through a financial institution.” In this paper Nakamoto outlined a digital currency system that was both safe from double spending and pseudo anonymous. Clearly stating the foundations for such a system to exist, in a way that was secure and self-maintained.

By using an unchangeable, public ledger, these transactions could be verified and added to this record, viewable by anyone who held the digital currency. Keeping all transactions transparent and honest. This effectively removed any of the speculation and underhanded dealings that caused the financial crisis that many suffered from. Allowing computers to verify these transactions using complicated mathematics that could not be duplicated. Bitcoin was born, and the “genesis block”, the first transaction ever made on the bitcoin network, was logged.

Since that moment in time, bitcoin grew into the force we now know it as today. Continuing to gain momentum and users everyday. Whether or not people adopt bitcoin as the future of currency, just owning bitcoin not only helps to pad a portfolio or bolster a bank account- it also helps support a better system of finance for everyone involved.