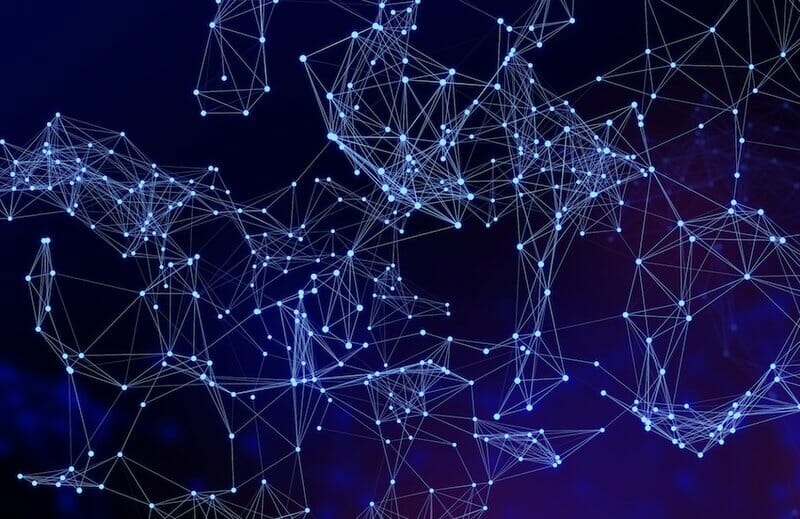 The first two eras of the internet

During the first era of the internet — from the 1980s through the early 2000s — internet services were built on open protocols that were controlled by the internet community. This meant that people or organizations could grow their internet presence knowing the rules of the game wouldn’t change later on. Huge web properties were started during this era including Yahoo, Google, Amazon, Facebook, LinkedIn, and YouTube. In the process, the importance of centralized platforms like AOL greatly diminished.

During the second era of the internet, from the mid 2000s to the present, for-profit tech companies — most notably Google, Apple, Facebook, and Amazon (GAFA) — built software and services that rapidly outpaced the capabilities of open protocols. The explosive growth of smartphones accelerated this trend as mobile apps became the majority of internet use. Eventually users migrated from open services to these more sophisticated, centralized services. Even when users still accessed open protocols like the web, they would typically do so mediated by GAFA software and services.

The good news is that billions of people got access to amazing technologies, many of which were free to use. The bad news is that it became much harder for startups, creators, and other groups to grow their internet presence without worrying about centralized platforms changing the rules on them, taking away their audiences and profits. This in turn stifled innovation, making the internet less interesting and dynamic. Centralization has also created broader societal tensions, which we see in the debates over subjects like fake news, state sponsored bots, “no platforming” of users, EU privacy laws, and algorithmic biases. These debates will only intensify in the coming years.

The internet is the ultimate software-based network, consisting of a relatively simple core layer connecting billions of fully programmable computers at the edge. Software is simply the encoding of human thought, and as such has an almost unbounded design space. Computers connected to the internet are, by and large, free to run whatever software their owners choose. Whatever can be dreamt up, with the right set of incentives, can quickly propagate across the internet. Internet architecture is where technical creativity and incentive design intersect.

The internet is still early in its evolution: the core internet services will likely be almost entirely rearchitected in the coming decades. This will be enabled by crypto-economic networks, a generalization of the ideas first introduced in Bitcoin and further developed in Ethereum. Cryptonetworks combine the best features of the first two internet eras: community-governed, decentralized networks with capabilities that will eventually exceed those of the most advanced centralized services.

Let’s look at the problems with centralized platforms. Centralized platforms follow a predictable life cycle. When they start out, they do everything they can to recruit users and 3rd-party complements like developers, businesses, and media organizations. They do this to make their services more valuable, as platforms (by definition) are systems with multi-sided network effects. As platforms move up the adoption S-curve, their power over users and 3rd parties steadily grows.

When they hit the top of the S-curve, their relationships with network participants change from positive-sum to zero-sum. The easiest way to continue growing lies in extracting data from users and competing with complements over audiences and profits. Historical examples of this are Microsoft vs Netscape, Google vs Yelp, Facebook vs Zynga, and Twitter vs its 3rd-party clients. Operating systems like iOS and Android have behaved better, although still take a healthy 30% tax, reject apps for seemingly arbitrary reasons, and subsume the functionality of 3rd-party apps at will.

For 3rd parties, this transition from cooperation to competition feels like a bait-and-switch. Over time, the best entrepreneurs, developers, and investors have become wary of building on top of centralized platforms. We now have decades of evidence that doing so will end in disappointment. In addition, users give up privacy, control of their data, and become vulnerable to security breaches. These problems with centralized platforms will likely become even more pronounced in the future.

Cryptonetworks are networks built on top of the internet that 1) use consensus mechanisms such as blockchains to maintain and update state, 2) use cryptocurrencies (coins/tokens) to incentivize consensus participants (miners/validators) and other network participants. Some cryptonetworks, such as Ethereum, are general programming platforms that can be used for almost any purpose. Other cryptonetworks are special purpose, for example Bitcoin is intended primarily for storing value, Golem for performing computations, and Filecoin for decentralized file storage.

Early internet protocols were technical specifications created by working groups or non-profit organizations that relied on the alignment of interests in the internet community to gain adoption. This method worked well during the very early stages of the internet but since the early 1990s very few new protocols have gained widespread adoption. Cryptonetworks fix these problems by providing economics incentives to developers, maintainers, and other network participants in the form of tokens. They are also much more technically robust. For example, they are able to keep state and do arbitrary transformations on that state, something past protocols could never do.

Cryptonetworks use multiple mechanisms to ensure that they stay neutral as they grow, preventing the bait-and-switch of centralized platforms. First, the contract between cryptonetworks and their participants is enforced in open source code. Second, they are kept in check through mechanisms for “voice” and “exit.” Participants are given voice through community governance, both “on chain” (via the protocol) and “off chain” (via the social structures around the protocol). Participants can exit either by leaving the network and selling their coins, or in the extreme case by forking the protocol.

In short, cryptonetworks align network participants to work together toward a common goal — the growth of the network and the appreciation of the token. This alignment is one of the main reasons Bitcoin continues to defy skeptics and flourish, even while new cryptonetworks like Ethereum have grown alongside it.

Today’s cryptonetworks suffer from limitations that keep them from seriously challenging centralized incumbents. The most severe limitations are around performance and scalability. The next few years will be about fixing these limitations and building networks that form the infrastructure layer of the crypto stack. After that, most of the energy will turn to building applications on top of that infrastructure.

It’s one thing to say decentralized networks should win, and another thing to say they will win. Let’s look at specific reasons to be optimistic about this.

Software and web services are built by developers. There are millions of highly skilled developers in the world. Only a small fraction work at large technology companies, and only a small fraction of those work on new product development. Many of the most important software projects in history were created by startups or by communities of independent developers.

“No matter who you are, most of the smartest people work for someone else.” — Bill Joy

Decentralized networks can win the third era of the internet for the same reason they won the first era: by winning the hearts and minds of entrepreneurs and developers.

An illustrative analogy is the rivalry in the 2000s between Wikipedia and its centralized competitors like Encarta. If you compared the two products in the early 2000s, Encarta was a far better product, with better topic coverage and higher accuracy. But Wikipedia improved at a much faster rate, because it had an active community of volunteer contributors who were attracted to its decentralized, community-governed ethos. By 2005, Wikipedia was the most popular reference site on the internet. Encarta was shut down in 2009.

In the case of cryptonetworks, there are multiple, compounding feedback loops involving developers of the core protocol, developers of complementary cryptonetworks, developers of 3rd party applications, and service providers who operate the network. These feedback loops are further amplified by the incentives of the associated token, which — as we’ve seen with Bitcoin and Ethereum — can supercharge the rate at which crypto communities develop (and sometimes lead to negative outcomes, as with the excessive electricity consumed by Bitcoin mining).

The question of whether decentralized or centralized systems will win the next era of the internet reduces to who will build the most compelling products, which in turn reduces to who will get more high quality developers and entrepreneurs on their side. GAFA has many advantages, including cash reserves, large user bases, and operational infrastructure. Cryptonetworks have a significantly more attractive value proposition to developers and entrepreneurs. If they can win their hearts and minds, they can mobilize far more resources than GAFA, and rapidly outpace their product development.

“If you asked people in 1989 what they needed to make their life better, it was unlikely that they would have said a decentralized network of information nodes that are linked using hypertext.” — Farmer & Farmer

The next era of the internet

Decentralized networks aren’t a silver bullet that will fix all the problems on the internet. But they offer a much better approach than centralized systems.

Compare the problem of Twitter spam to the problem of email spam. Since Twitter closed their network to 3rd-party developers, the only company working on Twitter spam has been Twitter itself. By contrast, there were hundreds of companies that tried to fight email spam, financed by billions of dollars in venture capital and corporate funding. Email spam isn’t solved, but it’s a lot better now, because 3rd parties knew that the email protocol was decentralized, so they could build businesses on top of it without worrying about the rules of the game changing later on.

Or consider the problem of network governance. Today, unaccountable groups of employees at large platforms decide how information gets ranked and filtered, which users get promoted and which get banned, and other important governance decisions. In cryptonetworks, these decisions are made by the community, using open and transparent mechanisms. As we know from the offline world, democratic systems aren’t perfect, but they are a lot better than the alternatives.

Centralized platforms have been dominant for so long that many people have forgotten there is a better way to build internet services. Cryptonetworks are a powerful way to develop community-owned networks and provide a level playing field for 3rd-party developers, creators, and businesses. We saw the value of decentralized systems in the first era of the internet. Hopefully we’ll get to see it again in the next.

PrevPreviousInfographic: what if Bitcoin were a country?
NextWhat is Augur? A decentralized oracle and prediction markets platformNext